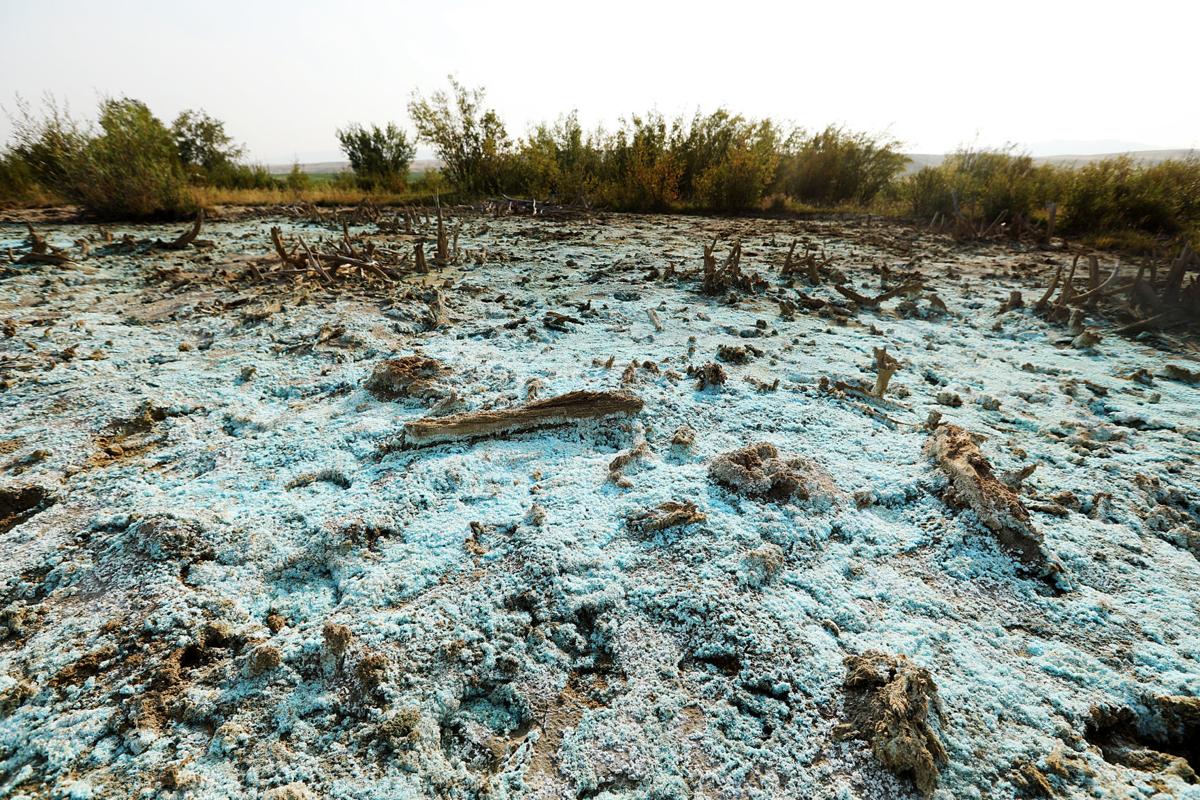 In this photo taken in August 2018 a barren moonscape created by old mine and smelting waste is one of several along the headwaters of the Clark Fork River near Warm Springs. 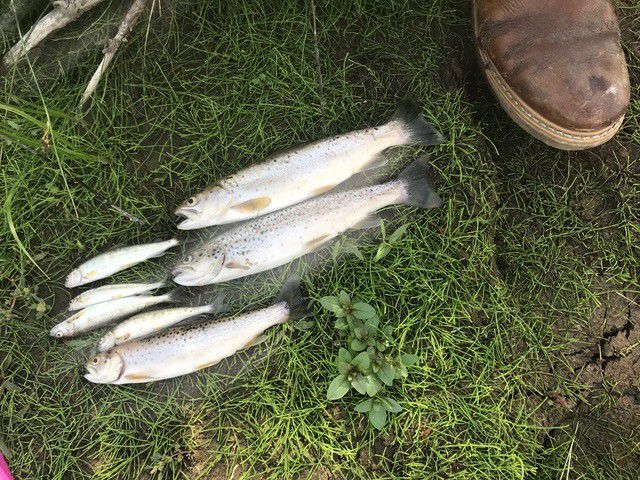 These dead fish are among those collected from the banks of the Upper Clark Fork. 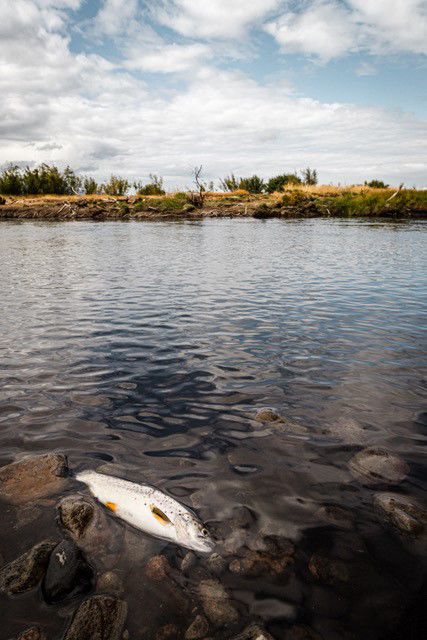 A dead brown trout lies by the banks of the Upper Clark Fork. 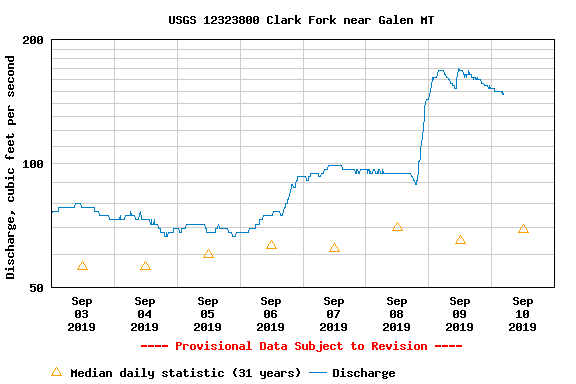 In this photo taken in August 2018 a barren moonscape created by old mine and smelting waste is one of several along the headwaters of the Clark Fork River near Warm Springs.

These dead fish are among those collected from the banks of the Upper Clark Fork.

A dead brown trout lies by the banks of the Upper Clark Fork.

A fish kill in the Clark Fork River between Warm Springs and Galen — called the most significant in the past two or three decades — has been blamed on mining waste being washed into the river during heavy rains last weekend.

Montana Fish, Wildlife and Parks Biologist Nathan Cook said the kill affected whitefish, trout and suckers. He observed 32 dead fish between Galen Road and Perkins Lane, but suspects that many more fish may have died and been carried downstream or consumed by birds.

Starting last Friday and culminating with a torrential downpour on Sunday, the region received a lot of rain in a short time.

Ground near this reach of the Upper Clark Fork is still heavily contaminated with metals. Areas called "slickens," so contaminated that they are devoid of plant life, are a known source of metals washing into the river.

While the fish kill is viewed very seriously, the effects seem to have been relatively short-lived.

"I came back up here today, and we looked in some of the same spots where we found dead fish yesterday, and we saw none," Cook said Tuesday.

And while he said such a spike in pollution also could affect insect life, those effects, too, are extremely transitory. "We saw mayflies hatching this afternoon," he said.

The fact that multiple species were involved indicates an external contaminant of some sort as opposed to a disease that would affect just one species, he added.

"This just really highlights the need to get these metals cleaned up," he said.

"In the area where we found the fish yesterday, there are slickens with particularly bad levels of contamination, very close to the river, in some cases even in contact with the river. That's a recipe for disaster."

He said some berms that were put in by Atlantic Richfield during the ’80s to keep water away from slickens have been failing over the past few years, and "the result is we have the Clark Fork flowing directly through some slicken areas now."

He said trout in that stretch of the Upper Clark Fork are mostly brown trout. Cutthroat, rainbow and brook trout are seen only very rarely. "For one thing," Cook said, "the brown trout are more tolerant of the metals pollution than other species."

In November 2017, The Montana Standard reported that the 44-mile Upper Clark Fork cleanup was deliberately slowing down, hoping to conserve the remaining funds and allow time to accrue some interest.

Currently, the cleanup is focusing on the Grant-Kohrs Ranch area near Deer Lodge, but "my understanding is they are headed to this area (where the fish kill occurred) next," Cook said Tuesday.

He said DEQ has been doing routine monitoring of water quality in the river, and they happened to be doing water sampling yesterday in the area where the dead fish were found. Cook says he is eager to see the results of that testing.

Karen Knudsen of the Clark Fork Coalition said that the coalition is "sympathetic to the state. We know their budget pinch is real. But it's frustrating and unfortunate to see this happen.

"We've been concerned about that reach of the river (where the kill occurred) for quite awhile," she said.

"It's the river and the fish, wildlife and communities that pay the price for this cleanup delay," Knudsen said. "This fish kill has brought home the message that we just don't have a lot of time here."

She said that apparently the state is honoring a prior commitment by focusing on the Grant-Kohrs area of the river, "but the problems in this area haven't been a mystery. Those berms weren't going to last forever."

Knudsen called for a discussion of re-prioritizing cleanup funds.

"What are the strategic places we need to target? It sure seems like a place where it's killing fish when it rains ought to be one of them."

FWP's Cook said it was not easy to witness such damage to the fishery.

"I've spent my entire career with the state on the Upper Clark Fork," Cook said Tuesday. "It's one thing to read all the old reports and newspaper stories abut fish kills, but to see it with your own eyes is much different.

"It shows how vulnerable the river is. ... It just brings home how much of a problem these metals are, and how important this cleanup is."

Feral Canadian hogs encroaching on Montana border are a concern for farmers, others, officials say

KALISPELL — Wildlife officials say feral hogs from Canada encroaching on Montana's northern border are a serious concern for farmers and others.