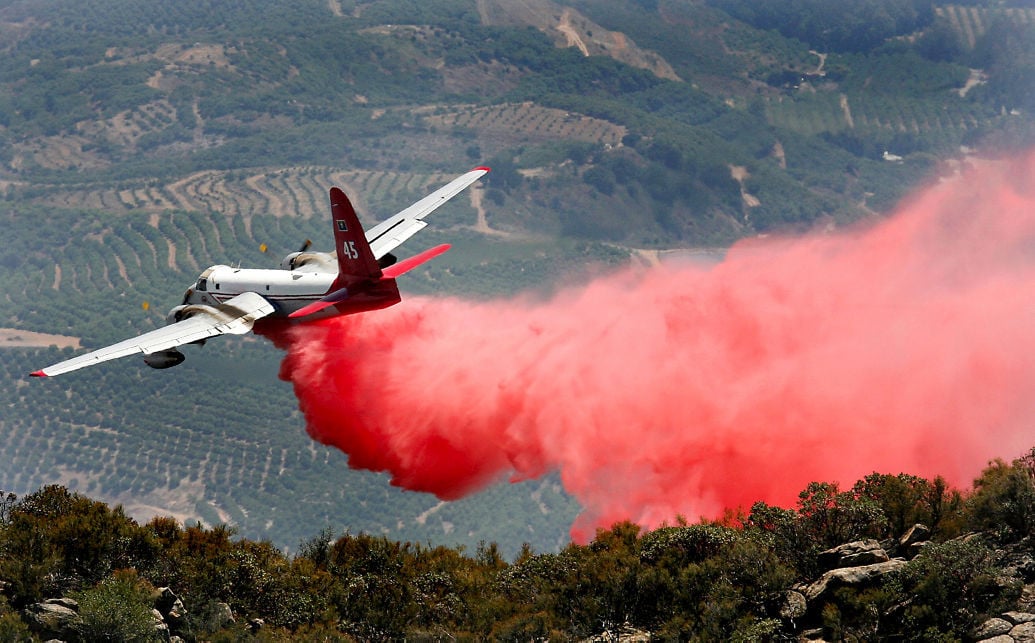 An air tanker drops a load of pink retardant on a California fire. 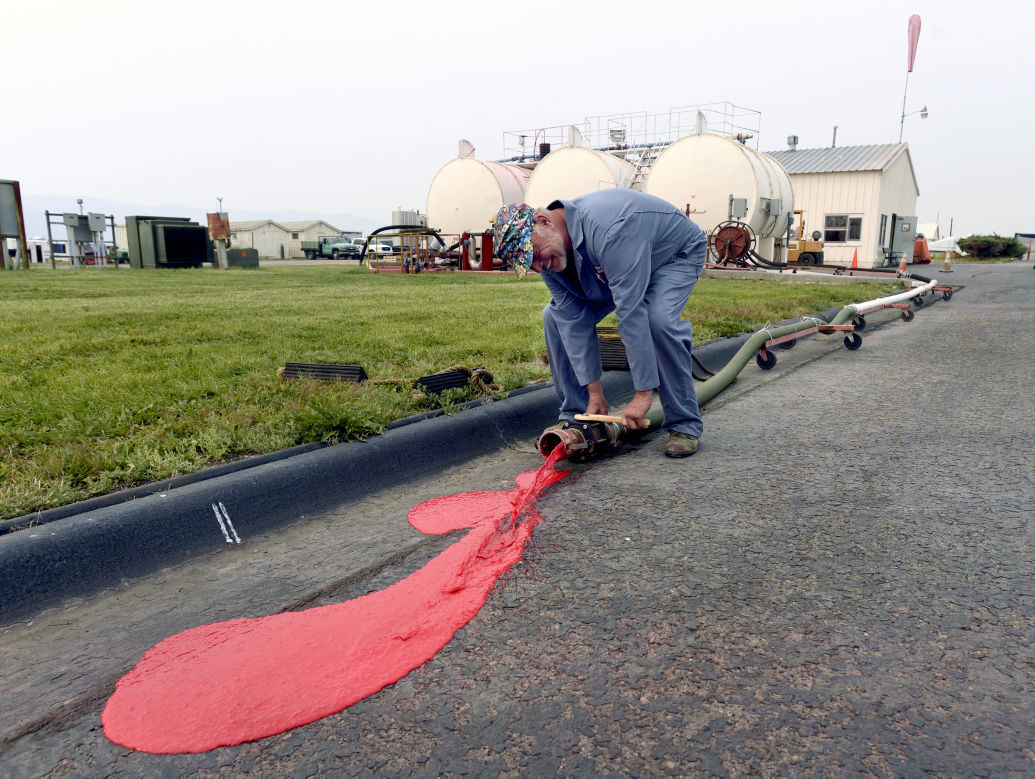 The new fire retardant formula is mixed to fade from the landscape more quickly as well as to be more visible. 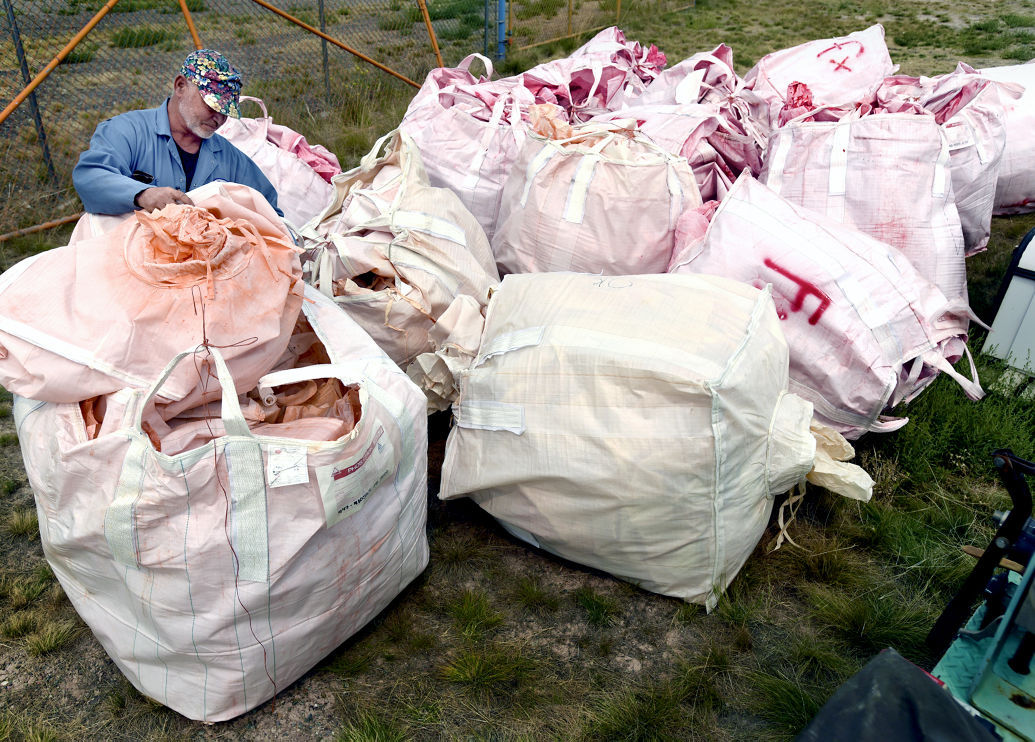 Greg Houska, manager of the Missoula air tanker base, one of the first to use the new retardant formula, sorts through used bags that once contained the old and the new colors. 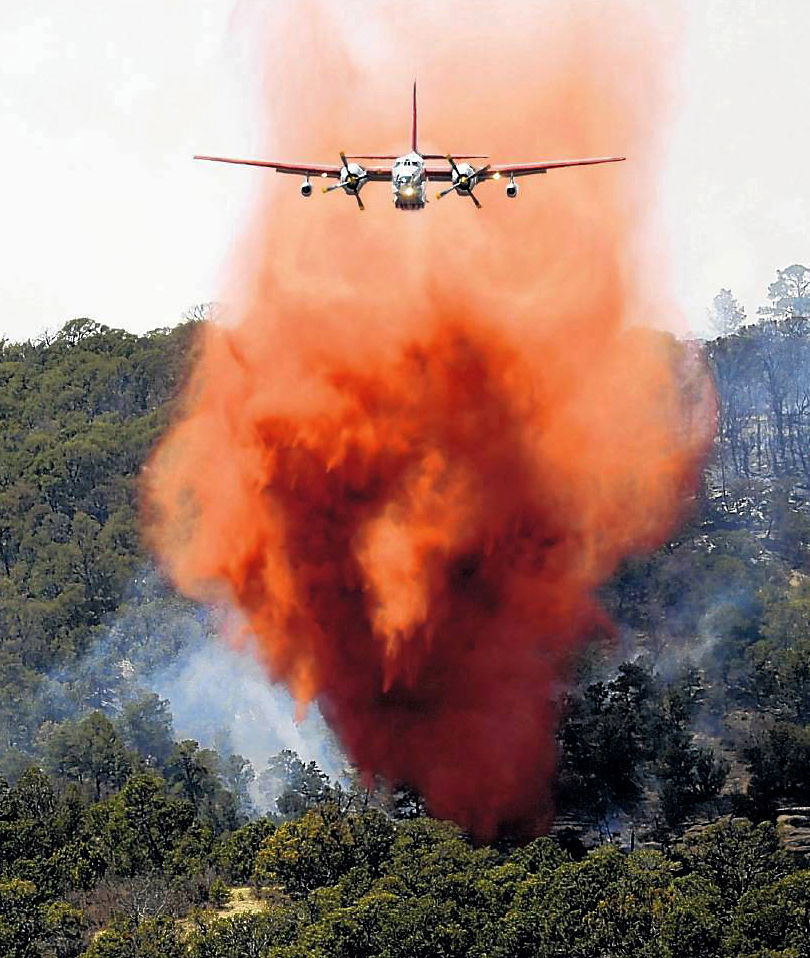 A tanker is shown dropping the iron-oxide color fire retardant that is being replaced.

Rob Chaney for The Montana Standard

Fashion-conscious fire watchers have noticed something about the retardant clouds falling from fire bombers this year.

Instead of the traditional rusty red, they’re now a brighter pink.

“The SEAT pilots, air attack pilots, lead planes, heavy air tankers — they all say it shows up so much better than the iron oxide, and that showed up good before,” said Lou Gildemeister, senior field technology representative for Phos-Chek, the Idaho-based company that makes most of the retardant used on wildfires. “Sometimes when they’re flying into the sun, with the glare in the cockpit it can be hard to see how the lines tag up. This shows up extremely well when flying into the sunlight.”

It also shows up well on lots of different kinds of vegetation, including the increasing stands of rusty, beetle-killed timber in the northern Rocky Mountains. Air tankers are often used to “box in” a fire by drawing lines of retardant around its perimeter. If they can’t see where the last pass landed, they can leave gaps.

“We had that problem before we had the huge beetle-kills, but it’s gotten more serious,” said Cecilia Johnson, a fire chemical technical specialist at the U.S. Forest Service’s Technology and Development Center in Missoula. “And pilots are more safety-conscious. They don’t want to waste time focusing on ‘Is that what we’re looking for?’ Especially when trying to connect old lines with new ones.”

Johnson has worked with fire retardant since 1970. In that time, she said there have only been two other significant changes to the slurry formula. One adjusted how thick the mixture was, so it coated the ground better. The other tweaked the chemical formula so it was better for the plants it landed on.

Fire retardant is essentially colored fertilizer. It doesn’t extinguish fire. Instead, it slows a wildfire’s ability to ignite new fuel. That blunts a fire’s ability to spread and gives ground crews time to dig mineral-soil lines around its perimeter.

Gildemeister said in addition to finding the right color, his fellow chemists have been working on ways to make the color “fugitive” — so it will fade away over time. While the taxpaying public tends to be very supportive of the “air show” of large and small fire bombers zooming over the flames, they dislike big red smears on their hillsides and recreation areas months later.

But like any complicated recipe, mess with one thing and it affects everything else. Fire retardant has to pass tests showing it’s not toxic to people or animals, it doesn’t corrode the airplanes that carry it, it flows properly from the tanks that dump it, and that pilots can see it after they’ve dropped it. Of course, it also has to retard fire spread, too.

“We evaluate every product, whether it’s a retardant, foam or gel,” Johnson said of the Missoula laboratory. “It’s an interesting process. But the suppliers of these products work very closely with firefighters, so they often first hear about comments like the color. We’ve been aware since the early ‘80s that fugitive colors can be hard to see in some fuels.

And this year, they’ve dealt with a lot of product. Missoula is one of the first air tanker bases to use the new bright pink retardant formula, along with West Yellowstone and Coeur d’Alene, Idaho. The Helena and Billings air tanker depots are still using the iron-oxide red version. In the United States, fire bombers drop between 25 million and 28 million gallons a year.

An air tanker drops a load of pink retardant on a California fire.

The new fire retardant formula is mixed to fade from the landscape more quickly as well as to be more visible.

Greg Houska, manager of the Missoula air tanker base, one of the first to use the new retardant formula, sorts through used bags that once contained the old and the new colors.

A tanker is shown dropping the iron-oxide color fire retardant that is being replaced.