The more than $8 million in federal funding amounts to about two-thirds of the project's cost; the state agreed years ago to fund the remaining $5 million.

"This is a huge victory for Butte, long overdue," Tester said. "It's result of a lot of people working together— the community of Butte-Silver Bow never giving up, the legislators delivering at the state level, and me being able to get the job done back here," he said.

"I'm very excited about this, because it's going to be good for Montana and especially good for the veterans of southwest Montana," Tester said.

Democratic state Sen. Jon Sesso of Butte, who has been working toward a veterans home in Butte for nearly a decade as a legislator and Butte-Silver Bow's planning director, credited Tester for getting the project "over the goal line."

Sesso said a 10-acre tract near Three Bears Alaska and Continental Drive donated by Don Harrington is still intact, and that's where the 60-bed "cottage-style" home will go.

Harrington, who ran the Pepsi bottling company in Butte for many years, died in 2013. Everyone involved in the project has lauded his donation — and his estate's continuation of it — as key to the project's success.

The state will oversee the project and already has 35 percent of the architecture and design work completed. That can now be taken to 90 percent, and it's possible ground could be broken later this year, said Sesso, who recently stepped down as planning director.

"It has been a long road, and we are there and will now focus on getting this thing built," he said.

Sesso said numerous state and local officials also helped lay the groundwork for the veterans home over the past decade, including former Democratic state Rep. Bob Pavlovich of Butte. He served on a committee with representatives from six southwest Montana counties that ultimately picked Butte for the home in 2010.

Sesso and others helped secure state funding for the home several years ago, but stabs at a state loan to cover remaining costs until federal money came through failed in the 2015 and 2017 legislative sessions. Southwest Montana lawmakers from both parties supported that funding, but it was killed in the final days of both sessions.

Backers have said Montana has more than 100,000 veterans, or about 10 percent of its total population, one of the highest percentages nationally. Of that total, about 33,000 live in southwest Montana.

The only other state homes for veterans are in Columbia Falls, which is four hours from Butte by car, and Glendive, which is close to seven hours away.

Sesso said the county will need to hook up the site with water and sewer service, but that's been anticipated for a long time.

The state will oversee the project, but the home will be staffed and operated through a private contractor. The home in Columbia Falls is staffed with state employees, the one in Glendive with workers hired through a private nonprofit corporation. Sesso says both models work well.

It's hard to say precisely how many people will be hired at the Butte home since a private vendor will do that, Sesso said, but the number should be significant.

Jon Coen, counsel with the Veterans Affairs Committee, said that the Butte home was well down the VA's priority list. "It's based on population, so Butte would never have had a chance at this without the targeted funding."

Tester is the ranking Democrat on the Veterans Affairs Committee.

Sen. Steve Daines said Thursday, "I have fought for the Butte VA home and championed legislation to fund the backlog of projects as quickly as possible. I'm pleased that Congress has heeded my call and met this important need of veterans in Butte and across our state."

Daines introduced the Veteran State Home Grant Backlog Reduction Act, which requires the VA to allocate funding and clear up the state home construction backlog within five years — although it looks like the funding bill has cleared that backlog in one fell swoop.

In order to get Butte's project funded, the VA's state veterans home construction grant program had to be funded to the level of $685 million, which the just-passed spending bill does, Coen said.

Marnee Banks, communications director for Tester, said, "Basically being a long way down the list means everything has to be funded down to that level, and so that's what the senator got done. The (VA) secretary assured Jon today that based on the funding in the omnibus bill, the Butte project will be funded."

The home has long been a need for veterans in Montana, particularly in this part of the state. Funding has been stalled at both the state and federal levels at various times for the past several years.

"Jon Sesso and all the Butte-Silver Bow legislators are to be congratulated for hanging in there on this," Tester said.

The feeling was mutual Thursday. "We've been at this for so many years," State Rep. Jim Keane, a Democrat from Butte's House District 73, said. "Thank God for Jon Tester."

"The state money's been in place for years," Keane said. "Now all we need to do is get going and build it. It's great for the veterans. They need this."

Keane said, "What I appreciate more than anything is all the veterans who came up to Helena year after year, hearing after hearing, to testify. And then they were disappointed, time after time, and now it's getting done.

"We've been so close so many times. The feds kept changing the funding criteria," Keane said. "It's gratifying to be able to get this achieved."

"It's a great day to be a veteran in southwest Montana," he said. "I can't thank the veterans who worked so hard on this project enough."

The home should be completed within about two years.

"I will be holding the VA accountable to make sure that construction gets underway quickly," Tester said.

Mick Ringsak, former regional SBA administrator and a force in Butte community development, said Thursday, "It's one of the best things that has happened for veterans in Montana in a long time, and it's great for southwest Montana and for the community. Sen. Tester deserves our thanks."

Christian Parrish Takes The Gun, AKA Supaman, dances before a crowd of about 150 people Thursday night at the Maroon Athletic Center Gymnasium…

Hours set for Butte's new water park; opening on schedule for May 26

Butte’s new water park will be open to the general public from noon to 6:30 p.m. most days in June through early September, with mornings set …

Montana Tech's nursing program is the best in the state, independent rank says

An independent organization has ranked Montana Tech’s nursing program number one in the state.

Rain, not snow, expected in winter storm headed for Butte and western Montana

Just in time for spring break sun-seekers, a late winter storm appears ready to dump snow on the highways leading out of Montana.

Building on the recent success of its popular new trail system in the Copper City area near Three Forks, the Bureau of Land Management is cons…

The Bureau of Land Management is asking the public to weigh in with ideas and concerns about developing a managed nonmotorized trail system in the Scratchgravel Hills near Helena.

WASHINGTON — A spending bill approved by the House includes a bipartisan plan to create a wildfire disaster fund to help combat increasingly severe wildfires that have devastated the West in recent years.

Twenty-eight piano students from Butte, Anaconda, Philipsburg and the Dillon area will perform Friday and Saturday, March 23-24, in a Spring F…

Crow rapper Supaman performs to a crowd of 150 in Butte

Christian Parrish Takes The Gun, AKA Supaman, dances before a crowd of about 150 people Thursday night at the Maroon Athletic Center Gymnasium…

Authorities have arrested a third suspect in connection with the slaying of a Helena Valley couple earlier this week.

‘A critical milestone’: Deed transferred to state for land where vets home to be built

On Friday morning, a crowd of some 70 veterans, county officials, local politicians, and other community members gathered in the Butte-Silver …

It's a go! With extra cash, work on Butte veterans home to start

Markovich Construction has gotten the go-ahead to build a new retirement home for military veterans in Butte, and an extra $5 million from the… 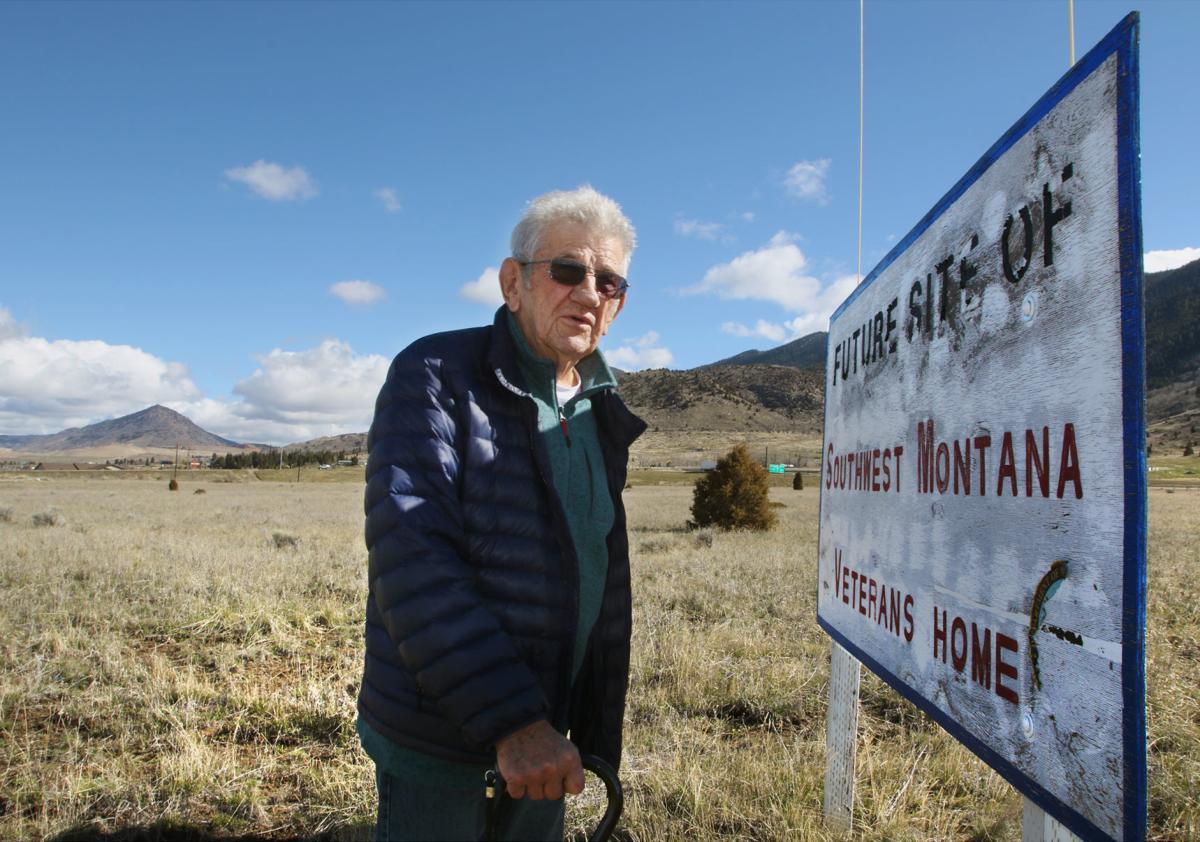 Veteran and former state legislator Bob Pavlovich of Butte stands next to the weathered sign in 2017 on the site where he hoped the southwest Montana veterans home would be constructed. 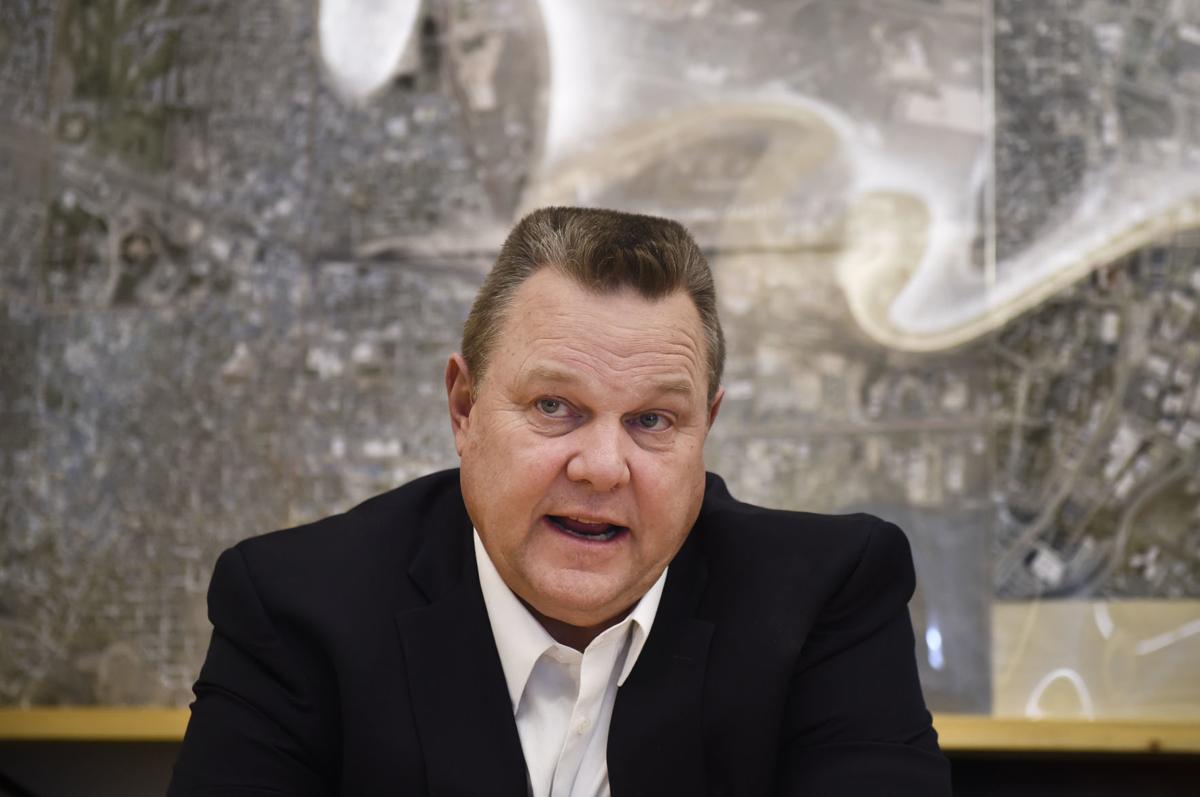 Sen. Jon Tester responds to questions from the Independent Record editorial board in Helena in 2017. 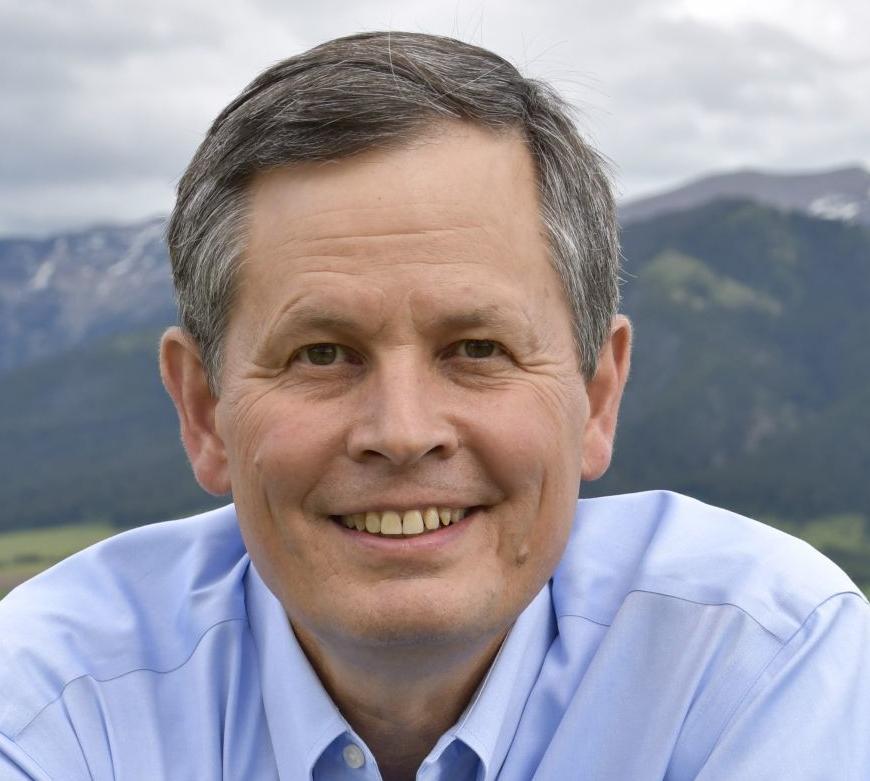