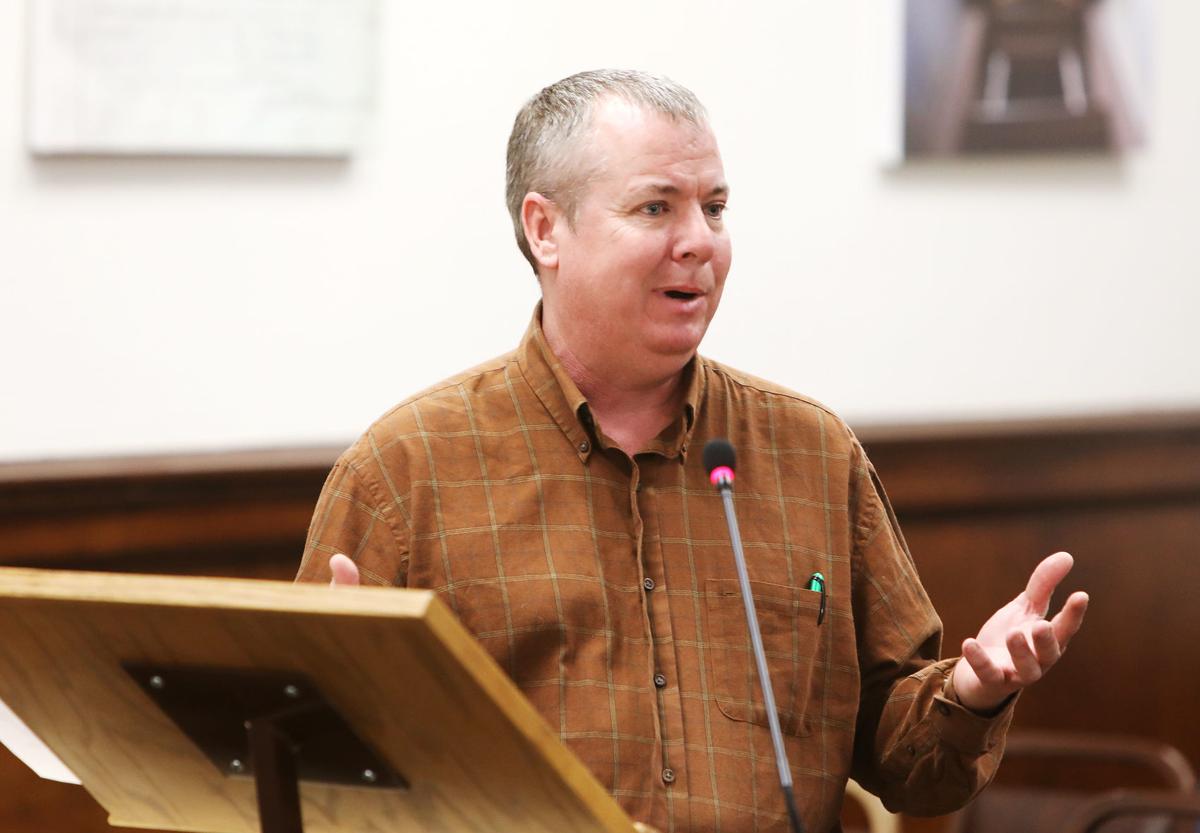 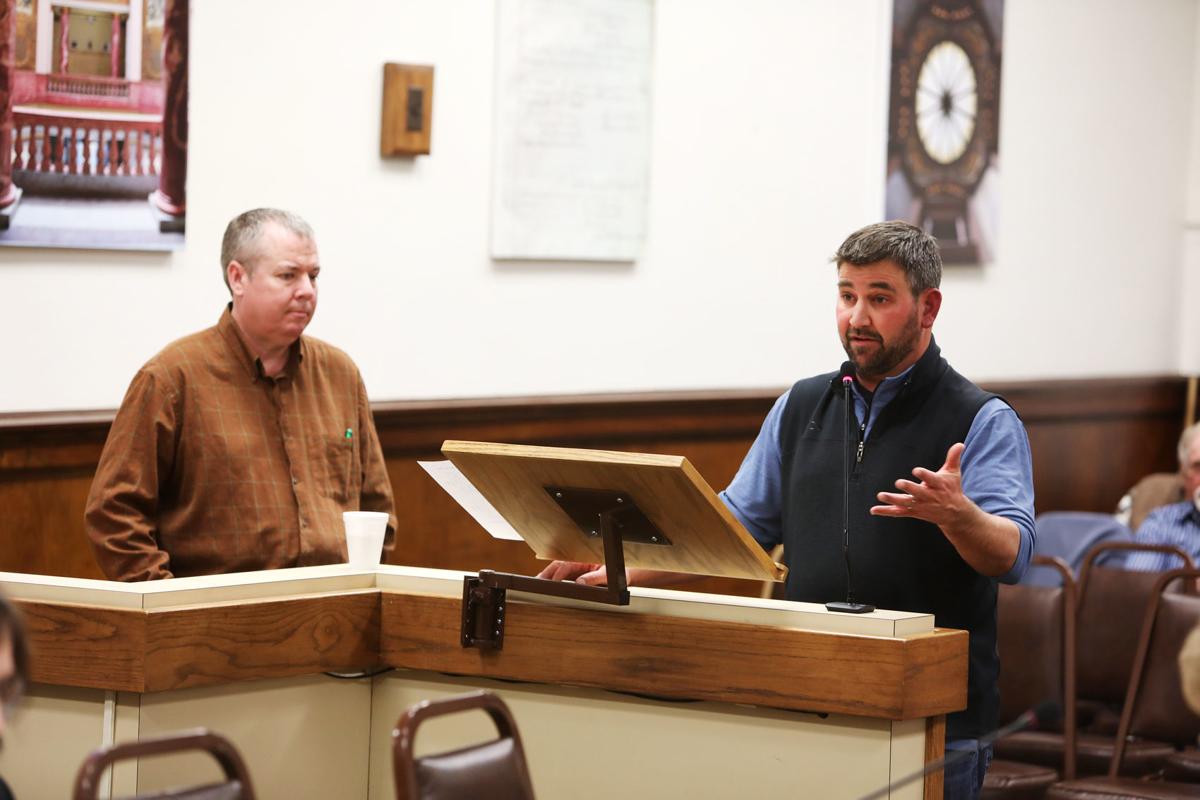 Note: This story has been changed to reflect a correction in the phrasing of a question asked by Health Board member Dr. Seth Cornell.

The EPA and the Butte-Silver Bow Health Department assured stakeholders Wednesday that Butte babies are healthy and there should be no concerns about heavy metals present in their meconium.

Nikia Greene, EPA remedial project manager and EPA toxicologist Charlie Partridge came to an early-morning meeting of the Butte Board of Health Wednesday to discuss their agency’s review of a study on the metals content of meconium, or first bowel movement, of infants born in Butte. Wednesday night, they repeated their presentation to the Butte-Silver Bow Council of Commissioners.

The researchers, Dr. Suzanne McDermott and Jamie R. Lead of University of South Carolina-Columbia and Dr. Katie Hailer of Montana Technological University, conducted a pilot study more than a year ago to measure levels of copper, manganese, zinc and arsenic in the meconium of Butte babies.

The study then concluded that "there is an urgent need for further research to understand the mechanisms and the human consequences of this potential public health emergency.”

That conclusion drew criticism from the local scientific community and some stakeholders.

On Wednesday, Greene explained to the Board of Health that it was a part of his job “to do due diligence on looking at independent research, looking at these different studies, that make claims that heavy metals, historic heavy metals, here in Butte are causing health effects.”

“Now that's something that EPA takes extremely seriously,” said Charles Partridge, toxicologist for the agency's Region 8. Partridge led the presentation of the agency’s review of the meconium study. “We've only declared (a public health emergency) once under Superfund. That was in Libby, Montana where we actually had dead bodies.”

For the last two months, Partridge said, he and colleagues from the EPA and federal, state, and local agencies worked together to review and analyze the McDermott-Lead-Hailer study.

“When this paper appeared in the peer-reviewed literature in the Science of the Total Environment Journal, we wanted to look at it,” said Partridge. “EPA committed that we will review all new information concerning her health or environmental studies, which may affect public health, especially as it pertains to Superfund.”

The EPA reviewed the scientific literature on meconium and heavy metals and found 17 studies dating back to 1955, including the three studies referenced in the McDermott-Lead-Hailer 2019 study.

Partridge noted that the EPA “paid close attention” to the three meconium studies referenced in McDermott’s study “because in the body of the text of the [McDermott] paper, there's a statement that the levels in South Carolina were consistent with what they found in the literature.” However, he said, the EPA has not been able to match the South Carolina levels in the McDermott-Lead-Hailer study to the reportedly similar levels in other studies.

The EPA then compiled the meconium data from the 17 studies and compared them to the Butte and South Carolina meconium data reported in the McDermott-Lead-Hailer study.

But first, Partridge said the EPA had to make sure they were comparing apples to apples.

“We've taken any results that we have from these 17 studies and we've put it into micrograms per gram, or parts per million,” Partridge said.

Since the study by McDermott, Hailer, and Lead reported the concentrations of heavy metals in the meconium as parts per billion, Partridge said the EPA converted the units to parts per million to make “the comparison easier.”

Another step in the EPA’s analysis, Partridge said, was to convert the data in the McDermott-Lead-Hailer study from a “wet weight” to a “dry weight” measurement. That’s because the 17 other studies for comparison present the data using dry weights.

“The vast majority of the other studies that we saw in the literature did present the results as dry weight,” Partridge said. “There are conversion factors where you can take the results from wet weight and then convert it into a dry weight.”

To ensure consistency in the data across studies for comparison, the EPA made some assumptions to convert the wet weights presented in the McDermott-Lead-Hailer study to dry weights. “So that’s what we did...and it essentially increases the levels by between three- to four-fold,” Partridge explained.

But not all the studies in the scientific literature reported the meconium metal concentrations the same way. Partridge said one study “reported the meconium in terms of infant body weight” and another study “presented the total metals as a ratio expressed in concentrations reported by the mass of the stool.” To address that issue, the EPA had to make other assumptions and conversions to make the data comparable.

“So all the data that we're presenting have the same units of micrograms per gram, and they're all based on dry weight,” Partridge said.

The EPA created a table summarizing the metal concentrations in the literature, and presented a series of graphs comparing the Butte and South Carolina meconium data the from McDermott-Lead-Hailer study against the data found in the scientific literature.

In comparing manganese, copper, zinc, arsenic, and lead levels in meconium, the EPA found that the Butte concentrations from the McDermott-Lead-Hailer study were either “within range” or “similar” to the other concentrations found in the scientific literature.

Meanwhile, the EPA found that the South Carolina concentrations in the McDermott-Lead-Hailer study were more than 1000-fold lower than the “observed scientific literature concentrations” for manganese, copper and zinc.

After the presentation, Dr. Seth Cornell, a Board of Health member, asked whether it was true to say that the EPA doesn't have any concerns about Hailer’s methodology. Partridge said that was “a fair statement to make.”

McDermott said Wednesday that one of the co-authors of the study, Dr. Jamie Lead of the University of South Carolina, is “leading a scientific literature review of all the meconium studies… but it’s going to take months before it’ll get published” because the work will need to go through a peer-review process. McDermott added that she and Lead are “carefully, slowly, and precisely” converting the different measures, and will “carefully analyze” all the data.

The EPA's analysis was not peer-reviewed.

Asked whether the EPA will replicate McDermott’s study, Partridge said “we really don't believe so at this time. ... There's no reference population for us to look at, to say, what does that mean?”

“As the health officer, I want to convey to our general public that they can rest assured that Butte newborns are doing fine,” Sullivan said.

Plans are back on track for Copper Fox Estates, the biggest housing addition in Butte in years.

Members of Twin Bridges basketball team under investigation for misconduct

Audria Shannon Nickerson, 30, who was charged in Butte Dec. 12, 2019, with negligent homicide in the death of her five-month-old daughter in B…

Semi driver from Helena dies in accident on Homestake Pass

Butte Education Foundation announces the opening of a new store in the Butte Plaza Mall called Bulldog Outfitters offering clothing and personal hygiene products for qualifying Butte school children of all ages. The store will operate through volunteer work and is accepting donations for clothing. To learn more contact the Butte Education Foundation at www.butteeducationfoundation.org

While the legal orders for the Butte Hill cleanup plan have been laid out, some Butte residents are questioning one of the areas earmarked to …

Fran was one of six children born to Pete and Martha Froehlich, of Hamilton, MT. She married Bob Crist in 1950, and they raised six children i…