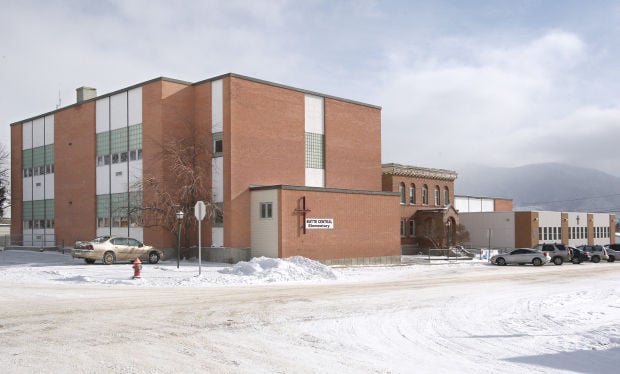 The Diocese of Helena is defending its decision to fire an unwed Butte Central teacher because she is pregnant.

Shaela Evenson “made a willful decision to violate the terms of her contract,” which requires her to follow Catholic teachings in both her personal and professional life, Superintendent Patrick Haggarty said Tuesday. “It’s a sensitive issue, and it’s unfortunate all around.”

This morning, Evenson continued to refer questions to her lawyer.

Haggarty defended the decision in a new interview with The Montana Standard.

Haggarty and the diocese are facing harsh criticism over the firing, especially on social media where some Catholics are calling for Haggarty to be ousted. Others are sending Twitter messages supporting Evenson under the hashtag #JusticeForShaela.

Critics say the move is in conflict with the message of Pope Francis. Last month, the pontiff baptized the child of unwed parents inside the Sistine Chapel. And in September, Francis called an unmarried Italian woman who’d chosen not to have an abortion and offered to baptize the baby himself.

Haggarty responded to the criticism:

"The Holy Father certainly understands the sacrament of marriage and certainly is compassionate and understanding, and so is the diocese in Helena," the superintendent said. "... I think that the connection between what the Holy Father has done, which is an incredible act of kindness, is not the same as what we face with a contractual obligation with our teachers. I’m sure that the woman that he blessed is a wonderful person, as is Shaela, but the woman just didn’t agree to teach in a Catholic school."

Evenson taught sixth-, seventh- and eighth-grade literature and physical education at the school for the past nine years. She was dismissed Jan. 10 after the diocese received an anonymous letter about her pregnancy.

“The Catholic moral teaching is that the sacrament of marriage is a holy union between a man and a woman,” Haggarty told the Standard. “And we certainly believe and we teach our children who attend our schools about the sacrament of marriage. That’s as old as our church. Not only do we teach that to the children kindergarten through 12th grade, but we’re held to that standard as well.”

Butte Central elementary and middle school Principal Kerrie Hellyer referred questions to the diocese but said, "She was an excellent teacher."

Haggarty could think of only a handful of cases in the past decade where a an employee was fired for violating a contract.

"It is unusual," he said. "The vast majority of our teachers fulfill their contract without any question and without any exception and they’re excellent teachers."

Diocese spokesman Dan Bartleson said the diocese doesn’t investigate the personal lives of its employees but was forced to fire Evenson when the pregnancy became known.

"A Catholic school teacher enters into an agreement not only with the district but with parents and teachers ... to follow a lifestyle in line with Catholic teachings," Bartleson said. “When (Evenson’s) choices became public, the administration had to act.”

Evenson was a widely known standout athlete for the Montana Tech Orediggers volleyball team and was later an assistant coach. She was fired in late 2011 in the ouster of longtime head coach Marilyn Tobin.

The Diocese of Helena touched off a firestorm in Butte last week when news broke that it had fired an unwed teacher who became pregnant.

BILLINGS — An assistant softball coach at Billings Central Catholic School said she was dismissed Monday because of her work at Planned Parenthood.

This handbook outlines the expectations for teachers in the Helena Diocese.

The lawyer for an unwed Butte Central teacher who was fired because she got pregnant won a similar case against an archdiocese in Ohio last year.