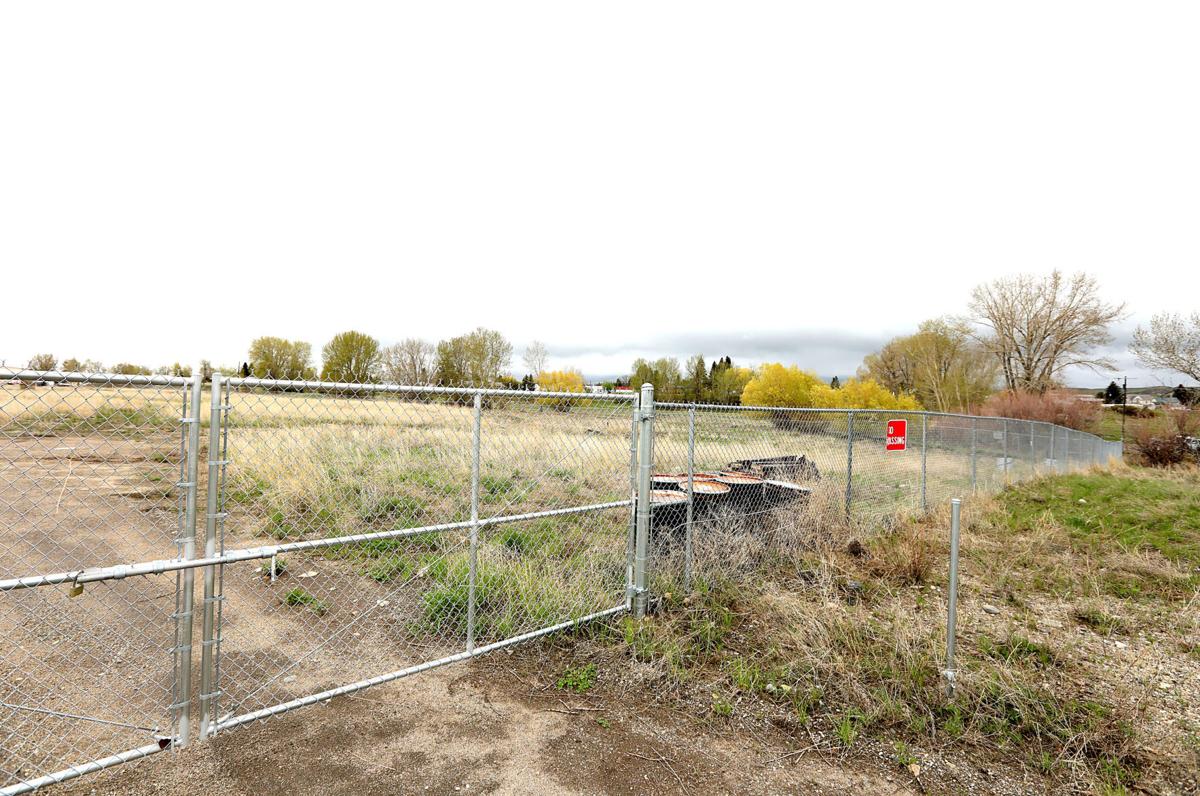 The Roundhouse, a contaminated site in Powell County, is a fenced-off grassy area in an industrial part of Deer Lodge near homes and the Clark Fork River. 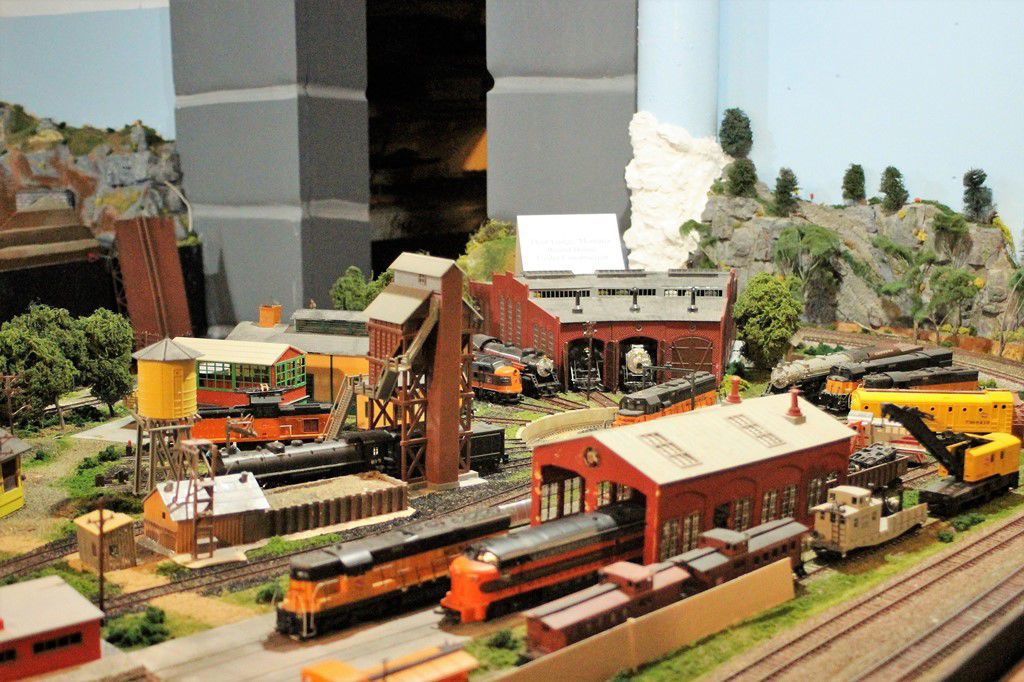 A replica of the Milwaukee Road roundhouse in Deer Lodge is part of the diorama in Yesterday's Playthings.

If the U.S. government would like to own a partially remediated, fenced-off empty field requiring millions more in work near Deer Lodge’s railroad tracks, Powell County is ready to entertain an offer.

Powell County’s Attorney Kathryn McEnery made the proposal in writing to the U.S. Treasury last spring, saying that the 14 acres still polluted with lead, arsenic, other metals and fuel by-products had previously been appraised as worth $101,777 in 2018.

The Treasury Department did not respond to an emailed request for comment.

This is just one of the latest moves in the long-distance dance between Powell County and the U.S. government over the Milwaukee Roundhouse, a once thriving railroad hub where engines were repaired and maintained in a bygone era. Powell County took ownership of a portion of the 51 acres in 2005 in order to help facilitate the cleanup of a piece of land where officials knew that contamination existed since the 1980s.

But the move led to a really big, unexpected bill and frustration for county officials. Powell County originally believed the remediation work could be done for a fraction of what it cost once the Environmental Protection Agency and the U.S. Coast Guard got involved.

The Coast Guard-engineered cleanup of a highly viscous diesel fuel leak into Tin Cup Joe Creek, which flows past the county-owned land into the Clark Fork River, resulted in a $2.9 million bill in 2015 it couldn’t pay. With fees and interest, the charge is now $4.1 million. The county still can’t pay.

Former Powell County Attorney Lewis Smith wrote in a letter to the Treasury last year that, “financially, we make Appalachia look like the Promised Land.”

The county is now trying to compile financial information for the Treasury Department in an effort to work out a deal that the county can meet, McEnery said.

But previous county correspondence to the federal government and Montana’s congressional leadership’s attempts at interventions have, so far, no impact on the Treasury Department’s determination to collect on its bill. The county got a collection agency call this summer.

“It was a pressured phone call,” McEnery said. “They wanted to know how Powell County would like to pay $4 million.”

The bill continues to grow as the county struggles to reach an agreement with the federal government. When the Standard last reported on this issue about a year ago, the bill had then reached $3.9 million.

Powell County had between $10 million and $11 million in its entire budget for 2017, McEnery said.

Despite the stalemate, there is further cleanup work expected to happen next summer, thanks to a $500,000 grant from the Department of Natural Resources and Conservation. DNRC got the money through legislative action this past session.

But, despite well over a decade of piecemeal cleanup and the new grant, next year’s work won’t eliminate all the problems, say officials.

The county projects on the current time line, the cleanup will still take another 20 years before the work is all done. Right now, the county's portion of the land is fenced off.

Carl Hamming, county planner, said that rough estimate of 20 years more work assumes Powell County will always be able to get a grant during every legislative cycle every two years and that the grant will never be less than $500,000.

“There’s no guarantee we could get the project grant every two years and get it fully funded,” Hamming said.

Two different companies formerly owned the Roundhouse and both went out of business, says McEnery. That prevented any work from getting done at the site. Recognizing the contamination needed to be dealt with, the county took possession of the property 14 years ago with the intention of expediting the work, because the county could apply for grant money to tackle the damage caused by diesel fuel leaks and heavy metals.

Both Senators Jon Tester and Steve Daines have attempted to intervene, to no avail, on the county's behalf with the Treasury Department.

Sarah Feldman, Tester's communications director, said by email the Democratic senator "will continue to point to the unfair treatment the county has received." Katie Schoettler, Daines' communications director, said by email the Republican senator has also been highly involved in this thorny tangle and "will continue working with all key local leaders and all federal agencies involved on a path forward."

McEnery is sending financial information to the Treasury and is in contact with the federal agency. She said she hopes a reasonable resolution can be found.

The county originally hoped to clean up the county’s portion of the Roundhouse and turn it into an industrial park to potentially attract new business in a town that struggles with development. But that idea has long been scrapped because of cost.

Instead, the county intends to turn it into a park, despite its location at the edge of an industrial part of town. Remediating the land to the standards necessary to create an industrial park would be too expensive, county officials say.

A city park requires a lesser standard because, the agencies argue, a person spends less time at a park. A lower standard of cleanup means less money is needed for the work.

But there is some good news on the city’s end of things. The city of Deer Lodge also took ownership of a portion of the Roundhouse. The city’s land, about 15 acres, is just across Cottonwood Creek from Grant Kohrs Ranch. The ranch is a national historic site.

The Clark Fork River also borders the western edge of the city’s portion of the land.

“There are floodplain limitations, limited access to the site, but it works nicely with the trail park system leading up to Grant-Kohrs,” Bender said.

Bender said it shouldn’t take too long for the city to get the work accomplished to remediate the soil to make that part of the Milwaukee Roundhouse a city park.

The Roundhouse, a contaminated site in Powell County, is a fenced-off grassy area in an industrial part of Deer Lodge near homes and the Clark Fork River.

A replica of the Milwaukee Road roundhouse in Deer Lodge is part of the diorama in Yesterday's Playthings.