Workers build the new clubhouse at Butte's Highland View Golf Course on Tuesday afternoon. With council approval, the clubhouse will be named for the late Jack Crowley, longtime golf pro and manager. 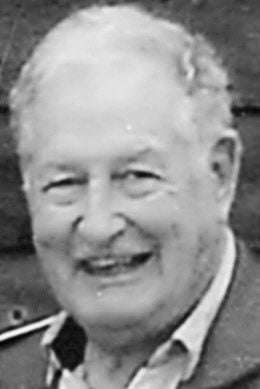 At the urging of 92 residents and three dozen additional requests, the new clubhouse at Highland View Golf Course will be named for the late Jack W. Crowley Jr. if Butte-Silver Bow commissioners go along.

Crowley served as golf pro and manager of the course in Butte from 1969 to 1996, carried out greenskeeper duties in the early years and was an ardent supporter of youth golf, giving countless lessons to kids over the years. He died in 2010 at the age of 74.

Ninety residents requested the naming in a letter sent to the Parks and Recreation Board in August. It said Crowley’s length of service as a city employee was impressive, but it was his commitment to membership and development of youth golf that was “remarkable.”

“Jack exposed a whole generation of Butte kids to the game that has been a lifelong activity,” the letter said. “The course was affectionately known as the Muni and Jack created a family atmosphere, largely because his family was heavily involved in the operation.”

The new clubhouse is being constructed as part of $10 million in completed or planned upgrades and improvements to Stodden Park funded by the Dennis & Phyllis Washington Foundation.

Construction on the new 4,500-square-foot clubhouse started earlier this year and should be finished next month. It will include a bar, a pair of virtual reality golf simulators and a restaurant.

Parks Director J.P. Gallagher said the clubhouse should open in January but it will be longer before a restaurant is operating. Plans are to lease that out.

Although the letter from residents was dated Aug. 6, the parks board formed a three-member naming committee for the clubhouse and a request for name submissions was made public through the media and the county’s website in September.

Eighteen suggestions were made, including “The Danny Noonan,” “The Miner’s Dine,” the “19th Hole,” and names with Crowley in it, including “Crowley’s Corner.” Those and 13 others received single votes. But 34 votes went to “Jack W. Crowley Jr.”

Parks Director J.P. Gallagher is asking the Council of Commissioners to OK the clubhouse name when they meet virtually at 7:30 p.m. Wednesday.

Gallagher said he spent time as a kid “at the Muni” and knew Crowley.

“I wasn’t the avid golfer then that I am today but I hung around there with my friends,” said Gallagher, who will become the county’s chief executive in January. “He was always there and he was great with kids. He was always willing to teach a kid a free lesson and he really made it a point to make golf accessible to the youth of Butte.”

If the name is approved, signage with Crowley’s full name will be affixed to the clubhouse, Gallagher said.

The Butte-Silver Bow Health Department on Wednesday issued a new request to the community: Even with mild COVID-19 symptoms, don’t get tested.…

Wayne Calvin Baltezar, 56, of Butte, passed away unexpectedly on Tuesday, Nov. 17, 2020. Cremation has been entrusted to Axelson Funeral Home.…

With four new deaths at nursing homes, and another in the community, 25 people have now died of COVID-19 in Butte-Silver Bow County.

Someone called 911 at about 8 p.m. Saturday night to say there was an injured man in an alley near Montana and Iron streets. The caller said t…

Workers build the new clubhouse at Butte's Highland View Golf Course on Tuesday afternoon. With council approval, the clubhouse will be named for the late Jack Crowley, longtime golf pro and manager.