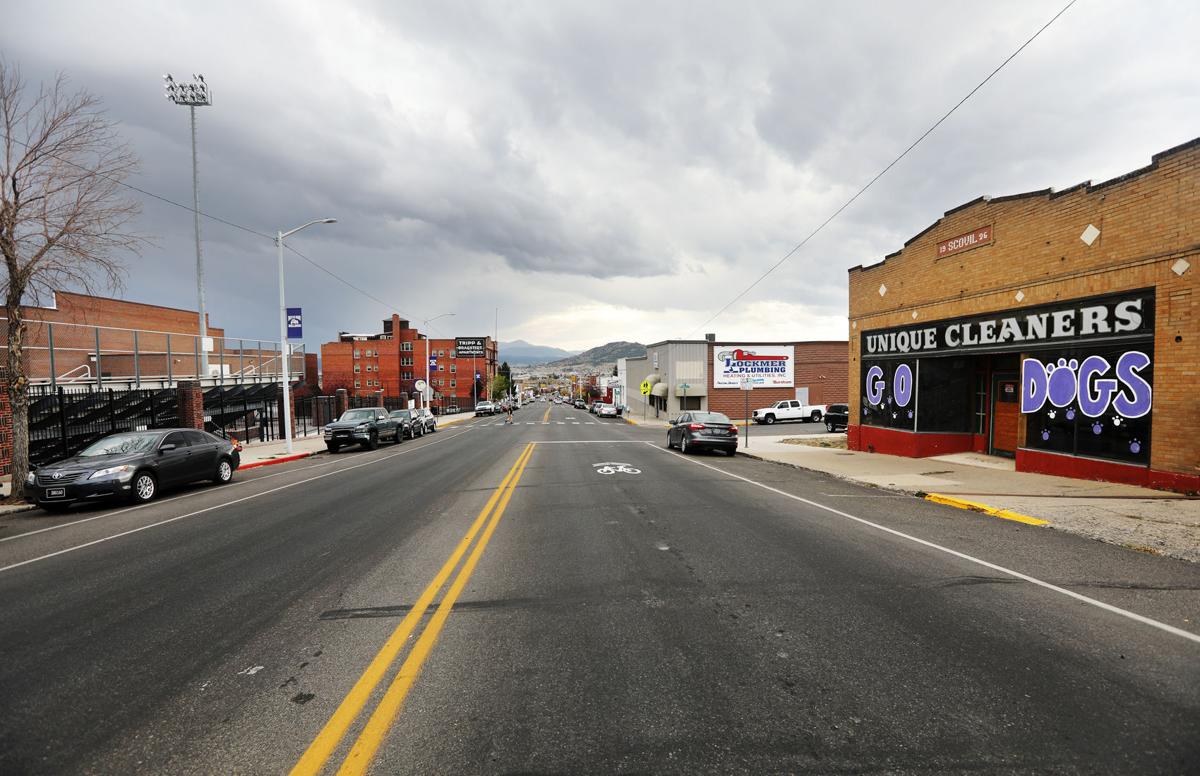 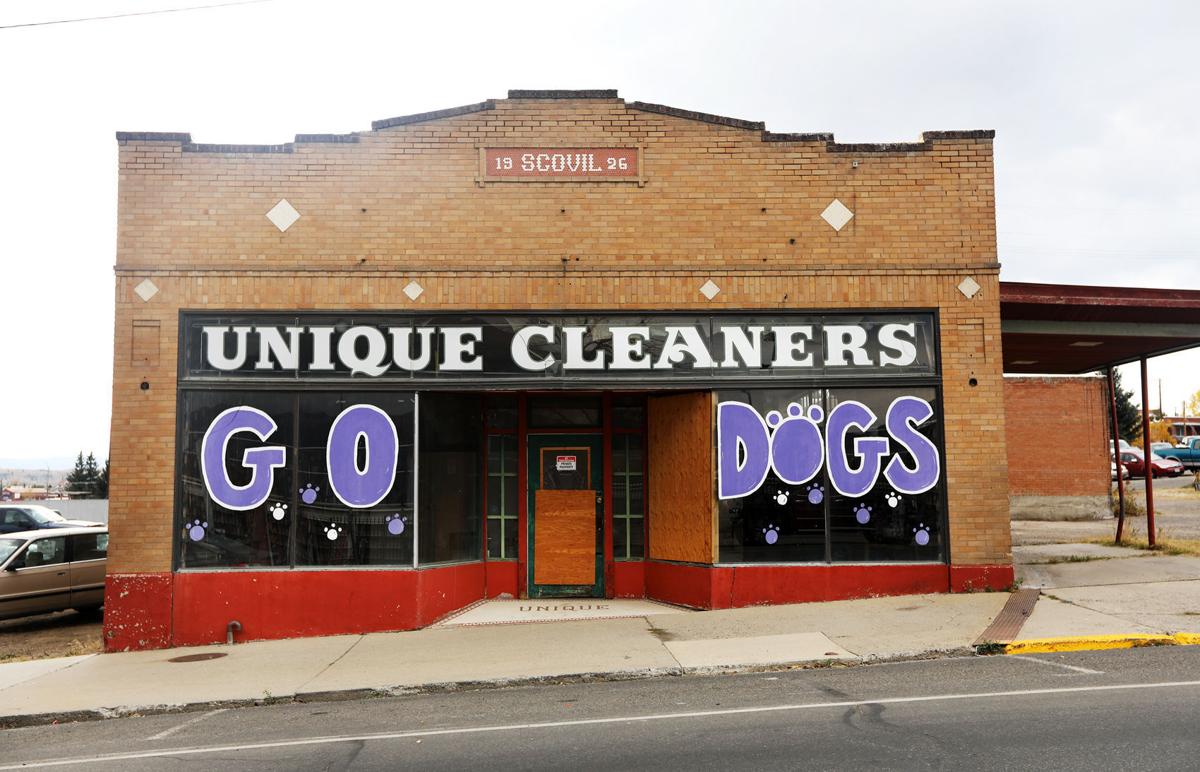 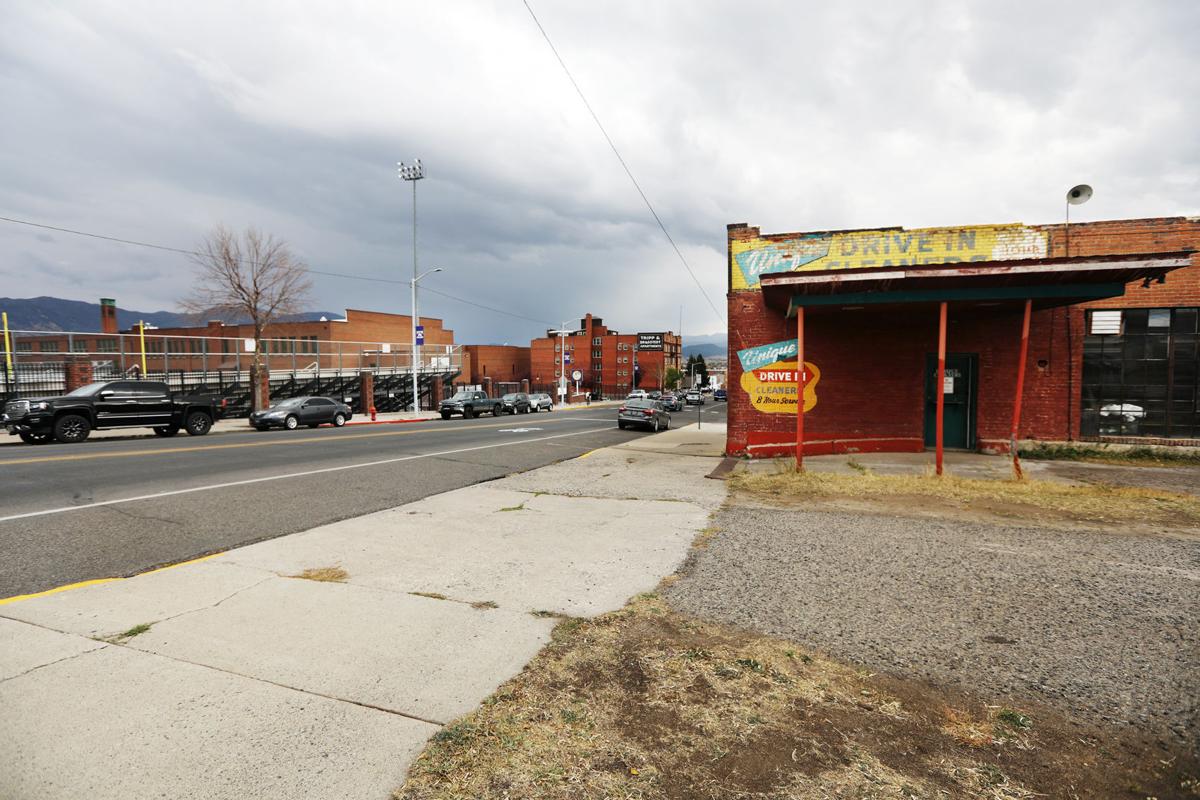 Unique Cleaners, located at 345 S. Main St. and across from Naranche Stadium, is one suspected source of a chemical contaminant plume in the vicinity of Butte High School.

The Montana Department of Environmental Quality first detected the solvent plume in 2009. The Environmental Protection Agency contracted a preliminary investigation of the site over a decade later. The report was completed this past summer, and shared with Butte-Silver Bow officials this week.

The 2021 report found the site posed a potential risk to human health and recommended a thorough site inspection be completed in order to find out for sure.

EPA toxicologist Charlie Partridge said the chemical concentrations found in 2009 present a fairly low risk to people, as does the potential exposure pathway. However, no monitoring of the site has been conducted since 2009, and current concentrations are unknown.

The EPA plans to complete that inspection and test the air of Butte High and other buildings in the vicinity for contaminants, said Joseph Chisolm, the EPA’s project lead for the site.

PCE is commonly used in dry cleaning solvents, adhesives and degreasing aerosols like brake cleaner. The chemical can cause neurological, kidney and liver damage, and is a probable carcinogen.

Also detected in the plume was trichloroethylene (TCE), another chemical used in a variety of industrial products and by commercial dry cleaners for spot removal. According to the National Cancer Institute, TCE can cause kidney cancer and may be associated with increased risk to other cancers as well.

The contaminated groundwater was first discovered during excavation for the bleachers at Butte High’s Naranche Stadium in 2009, according to the 2021 report to the EPA. Butte School District No. 1 hired Butte-based engineering firm Water and Environmental Technologies to monitor the area with 10 shallow wells in 2009, according to the report, and the data was provided to the DEQ.

The DEQ had conducted a 2008 investigation of the closed Unique Dry Cleaners facility at 345 S. Main St. — directly northwest of the high school and right across the street from Naranche Stadium. Given the proximity to the school and field, the DEQ considered the facility a likely source for the contaminants. This year’s report to the EPA also named Unique Cleaners as a possible source.

Unique Cleaners did use PCE from the 1930s until approximately 1999, according to the report, but another dry cleaner and other industrial shops also operated in the immediate area.

“We cannot definitively say that it was Unique Cleaners because those are common chemicals that are used in industrial settings. It's just a likely source, considering what is around that location,” Chisolm said.

Nationwide, 60–65% of dry cleaners still used PCE in 2017, according to research by the National Institutes of Health.

The EPA plans to further investigate the source.

Butte-Silver Bow Chief Executive J.P. Gallagher wanted to know why over a decade passed before action was taken.

“What took so long?” Gallagher said in an interview Wednesday.

He only became aware of the problem in late September. Gallagher was still working as a teacher at Butte High at the time of the plume’s discovery.

Eric Hassler, director of the county’s Reclamation and Environmental Services Department, said he was also left in the dark until recently.

In a Tuesday briefing to Gallagher and Hassler, EPA officials stressed that much higher levels of PCE had been found at other sites in the state, and the concentrations in the Butte plume were relatively low by comparison.

After a large contaminant plume was discovered in Billings — with PCE concentrations in the 1000s of micrograms per liter as opposed to 12 — the EPA in 2020 proposed the site be added to the National Priorities List for cleanup under the EPA’s Superfund program.

Gallagher said he’s not concerned about how Butte’s mess compares with the one in Billings.

"For me, that doesn't matter — whether they are higher somewhere else — it's what the effect is on our community and what we're doing about it here,” he said.

The chief concern for everyone involved is the impact to students and faculty working at Butte High, and to residents of an apartment building located at 436 S. Main St. adjacent to the high school. The plume is suspected to sit underneath part of both buildings, as well as a couple nearby businesses, Chisolm said.

Partridge assessed the risk based on the concentrations found in 2009.

“We believe that the risk is fairly low,” Partridge said Tuesday.

Solvents can vaporize from groundwater, move into the air, and accumulate in the indoor air of overlying structures.

The maximum concentration of PCE found during monitoring in 2009 was 12 micrograms per liter. PCE concentrations at or exceeding the standard of 5 micrograms per liter were only detected at 20 feet and deeper. The monitoring wells where the exceedances were detected were located in the high school parking lot west of the school and southwest of the football field, less than 100 feet from the school.

Partridge said vaporized contaminants were unlikely to enter the school at a level of risk to human health, but the report necessitated thorough testing.

Chisolm said indoor air tests will be conducted at Butte High in upcoming weeks to make sure students and faculty are safe from vapors, as well as at affected residences.

Testing for vapors in the soils around the buildings is an option as well, Partridge said.

Though the EPA hired environmental consulting firm Tetra Tech to conduct the preliminary assessment report, Partridge disagreed with some of its findings.

The report calculated a significant risk of groundwater migration with potential to affect drinking water, but Partridge and Hassler said that risk does not exist.

“I noticed that they flagged a lot of wells in the vicinity as drinking water sources, and that's just not the case. I think they were just mis-flagged in the report,” Partridge said.

Both Partridge and Hassler said a 1995 ordinance restricts well usage in the area due to Superfund contamination, and there is no current pathway for the plume to invade wells used for potable water. The only wells in the immediate area are monitoring wells used for Superfund.

Based on initial research into the layout of historic area wells, Hassler said he highly doubted a pathway to drinking water existed before 1995 either.

Kevin Stone, public information specialist with the DEQ, said the plume was considered a low risk when first discovered because there wasn’t a pathway to drinking water.

“That coupled with the relatively low concentrations that we saw in the groundwater data led us to believe this was a low-risk site,” he said.

Funding was also an issue, he said.

“With the available funding mechanisms, or lack thereof here at DEQ, there weren’t really the resources to pursue further investigation at the site,” he said.

He said the DEQ did periodically pursue funding to investigate further, but to no avail, and kept in touch with the EPA regarding the site.

In 2017, the EPA updated its Hazard Ranking System to include risk assessment for vapor intrusion of chemicals like PCE, an update Stone said the DEQ supported.

That opened the door to pursue federal funding for the site under the Comprehensive Environmental Response, Compensation, and Liability Act, and the DEQ in 2019 requested the EPA evaluate the site under the new policy, Stone said.

In response, the EPA contracted Tetra Tech to conduct the preliminary assessment of the site.

Ultimately, many matters of risk are still unknown.

Since no additional monitoring has been done since 2009, chemical concentrations and the precise location and reach of the plume are poorly understood, as is the exact source of the contamination. The 2021 report was really just a summary of the limited existing data in the context of risk.

In that report, the groundwater contamination plume was assumed to be approximately 6.2 acres in area, and the contaminated aquifer 30 feet thick.

Officials from EPA said those dimensions are only an estimate, and Hassler said it was difficult to calculate risk on such limited information.

“I think we have to see what the extent of the plume actually is. I don't think that's known at this point in time. You can't really put a risk factor to it until you know the gravity of the situation,” Hassler said.

Gallagher and Hassler said they will be monitoring the situation closely now that they’re in the loop, and all parties agreed more data is needed.

“We are making this a priority. We realize that this is something that needs to be addressed,” Partridge said. “We need to collect more information, and that's really where we are.”

Gallagher said he’s glad steps are being taken now, but still questioned why it took so long to get there.

“My concern is it was identified in 2009, and now it's coming back to life. That's the part I wonder about. What has been done over the last 12 years to address this?" he said.

EPA Region 8 community involvement coordinator Dana Barnicoat has submitted a request to present information on the solvent plume to the Butte-Silver Bow Commissioners on Oct. 13, and said he may bump the next EPA Community Meeting for Butte forward to brief the public on the situation sooner.

Sudanese man in NYC unable to talk to family

Unique Cleaners, located at 345 S. Main St. and across from Naranche Stadium, is one suspected source of a chemical contaminant plume in the vicinity of Butte High School.