Butte teenager Liam Myers, 13, was close to death three weeks ago when a breakthrough case of the Delta variant of COVID-19 compounded symptoms of another condition, said Liam’s mother, Tricia Myers.

Liam was fully vaccinated when he came down with the virus and ulcerative colitis, an inflammatory bowel disease, at once, Tricia said.

Liam was still hospitalized in Missoula at press time.

Some question the COVID-19 vaccine’s effectiveness as more and more vaccinated people come down with the virus. Tricia, however, said her son’s harrowing experience is brutal evidence vaccination is more important now than ever.

Science from the Centers for Disease Control and Prevention shows that while they don’t always stop a case, vaccines dramatically reduce the symptoms of COVID. Tricia believes the vaccine was the critical difference in Liam’s fate.

“Had he not had that protection, he may not be here,” Tricia said.

Liam was vaccinated as soon as possible, months before. He is immunocompromised from DiGeorge syndrome, and autistic. Liam had experienced unexplained stomach pains over the summer, but they always got better.

On July 22, Liam ran around the park in Deer Lodge with his friends like any other day.

He had big plans then. A diehard fan of Notre Dame, Liam had tickets to watch the Fighting Irish play Toledo at Notre Dame Stadium in Indiana come September.

“Liam, you're Irish Catholic. You're from Butte, Montana. Notre Dame is sacred ground," Tricia once told her son, and Liam embraced his fate with vigor.

On July 23, those plans changed.

“Everything happened at once,” Tricia said.

In a blur of illness, Liam was rushed to St. James Healthcare Hospital in Butte.

The first three days were the worst of it, Tricia said.

Her son produced 15 stools per day, chock full of blood and mucous. He was nauseated. He vomited. Liam was so dehydrated that the IV had to be installed surgically, because nurses couldn’t find a vein. His kidneys were pushed to the brink.

At the end of the July, Liam checked into the Western Montana Clinic in Missoula where it was discovered he had the delta variant of COVID-19, despite being vaccinated.

Tricia said a treatment of steroids kept the combined symptoms of the virus and the underlying disease at bay, but tests to figure out what was really happening had to be put on hold until symptoms improved. Tissue samples were taken and a colonoscopy was run Wednesday. Doctors finally confirmed he had ulcerative colitis.

Liam also had kidney stones and C. Diff, a germ that causes severe diarrhea and colitis.

“He kind of had everything at once. And he’s only 13,” Tricia said.

Though Liam never had upper respiratory problems, Tricia believes it was the lesser known symptoms of the virus — nausea, vomiting and diarrhea — which took a bad situation and made it life-threatening.

“The delta aggravated everything,” she said.

For many, the symptoms of COVID are comparable to a cold. But Liam, already immunocompromised, faced a perfect storm of illness when he came down with the virus.

Tricia said Liam will be on immunosuppressive drugs for the rest of his life and have to dramatically change his diet — he won’t be able to count on a slice of pizza at Naranche Stadium while he watches the Butte High Bulldogs with his friends anymore.

During hospitalization, Liam wasn’t able to eat solids, but his liquid diet came to an end this week.

“For the first time in over three weeks, he had a peanut butter sandwich," Tricia said.

Tricia is forever grateful to the many doctors who cared for her son along the way, and is now turning her attention back to Butte. If Liam is able to hold down meals, she’s been told he will return home as soon as Sunday.

Liam has been a trooper through it all and a delight to his nurses. He is one tough cookie, but he also remains vulnerable to the virus.

The most vulnerable in society were first to get the vaccine — residents in Butte-Silver Bow nursing homes where 61 residents died from the virus, immunocompromised individuals like Liam, and seniors.

Now the virus is surging again, and delta — more contagious and resistant to vaccines — is showing up as well. Four cases of delta had been confirmed in the county, three of those added this week.

The twist is that many people who are vaccinated are now getting the virus, and the most vulnerable are once again at risk.

Of Butte’s 96 confirmed cases between Aug. 10 and Jul. 24, 30% of cases occurred in individuals who were fully vaccinated.

Fortunately, the vaccines are still proving to reduce life-threatening symptoms.

Butte-Silver Bow Health Department COVID nurse Karen Maloughney doesn’t just read about the virus online. She’s on the ground with the people who have it.

She has seen residents with breakthrough cases.

“They have allergy-like symptoms. They have hay fever, a mild cold — symptoms they didn't really think could be COVID, and they're at home getting well,” she said.

She likewise sees those who are unvaccinated.

“The ones that aren't vaccinated are extremely sick. Headache, no sense of taste and smell, cough. Some have ended up in the ER and then sent home,” she said.

Some aren’t sent home. Five people with the virus were currently hospitalized at St. James as of Thursday, two of them in the intensive care unit.

Another wrinkle? The median age of those infected is 29. Children under the age of 12, who cannot receive the vaccine, are getting the virus as well.

As of Thursday, there were nine active cases confirmed in individuals under age 12.

Lauren Wilson is the medical director of the pediatric clinic at Community Medical Center in Missoula.

Compared to the peak in winter of 2020, the average age of hospitalization is younger, she said, adding the children hospitalized with COVID at the facility have generally not been vaccinated. In Missoula, she’s seen the same trends in overall hospitalizations as Maloughney reported in Butte.

“When they're hospitalized, we're not seeing as severe a course — people who are in the intensive care unit are generally those who have not received the vaccine," she added.

And overall case numbers are on the rise. Butte-Silver Bow had 57 active cases as of Wednesday, the most since late February.

For these reasons, Tricia worries most about the young, the immunocompromised, and those in nursing homes — groups either susceptible to the worst infections because they cannot be vaccinated, or most susceptible to severe breakthrough cases.

The FDA on Thursday approved use of a third booster of the Moderna and Pfizer vaccines on immunocompromised individuals, a relief to a mother who has been to the edge and back.

Now she asks others who haven’t been vaccinated to hear her story and consider a change of heart.

"Get it to protect your neighbor, because you do not know what's going on with the person next to you in line who can't fight this," she said. "It shouldn't be the political battle that it has been."

The health department also expressed concern for those who are eligible, but have chosen not to be vaccinated. Statewide data from the Montana Department of Health and Human Services shows the high risk they run.

Liam was among the 11% percent hospitalized who were fully vaccinated. Tricia believes her son was very close to being among the 22% that died.

“It’s not just the flu. I've seen my son almost die from it.”

Since the pandemic began, 1,729 people have died from the virus in Montana.

While she waits for the day her son comes home, Tricia has one request of her community.

The second story in this two-part series runs Monday, Aug. 16. 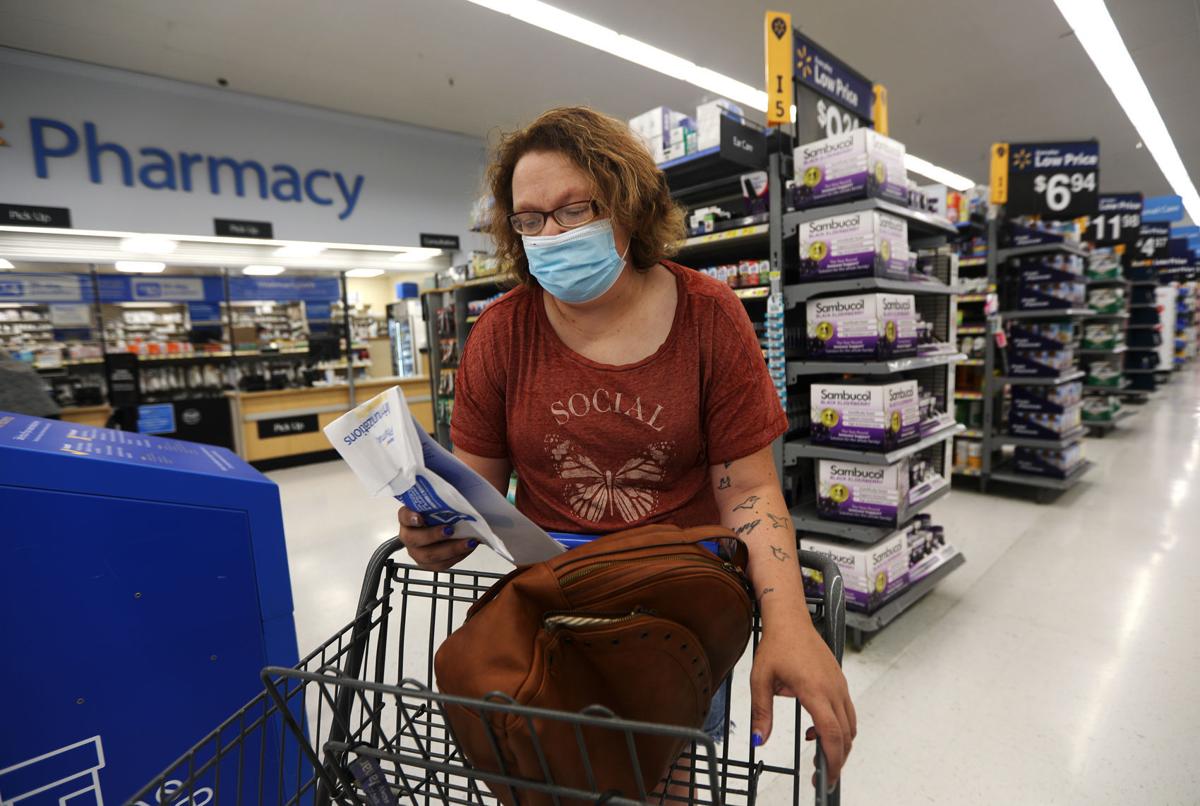 Tricia Myers, the mother of a thirteen-year-old Butte boy, picks up his prescription on Friday in anticipation of his return from a Missoula hospital where he has been treated after contracting the COVID-19 Delta variant. Myers has to return to the pharmacy later in the week to pick up another prescription that would cost $30,000 if insurance doesn't cover the cost. "I'm sure that the insurance will come through but I'm not sure what to do if it doesn't come through," says Myers. 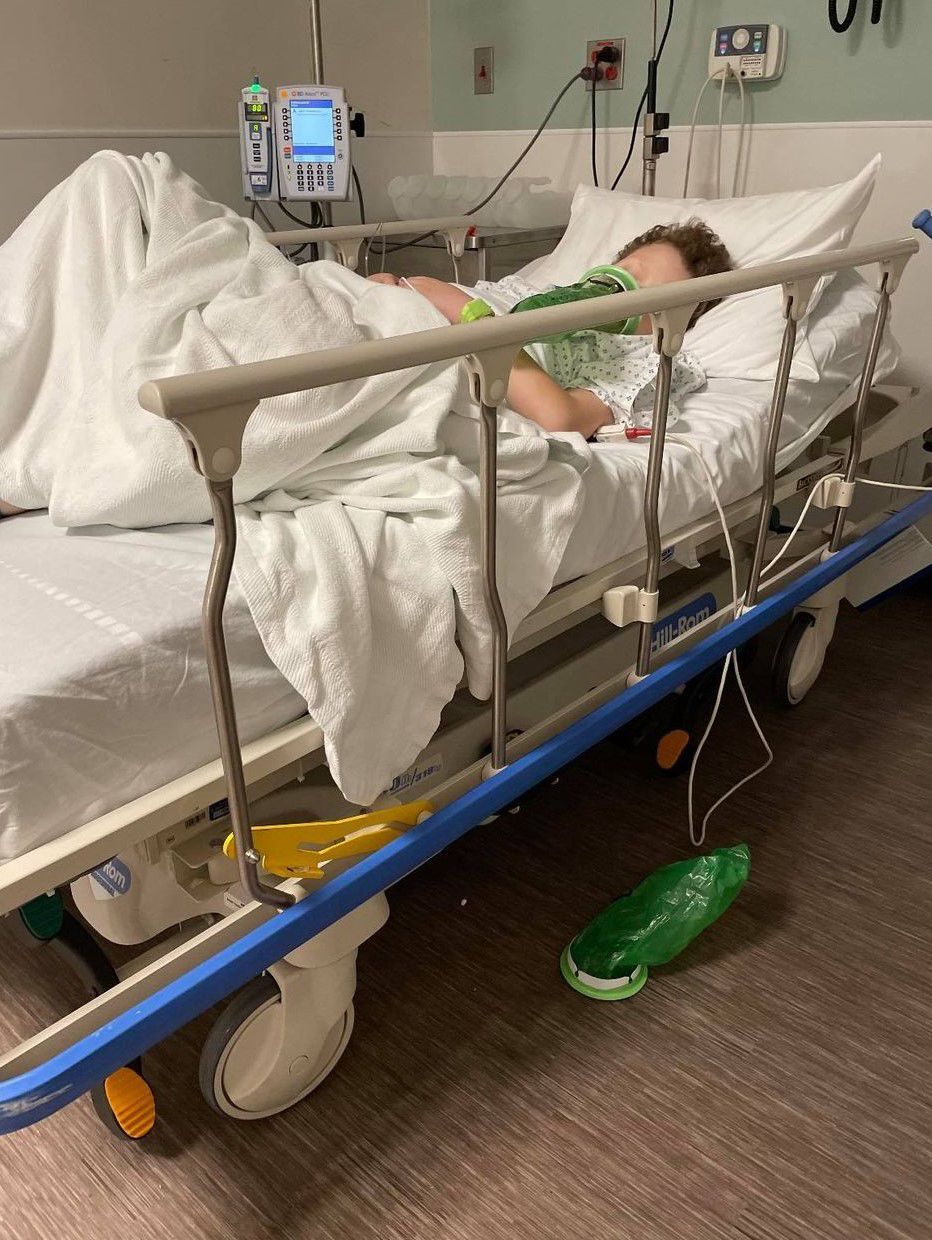 Liam Myers, 13, was hospitalized at St. James Healthcare Hospital in late July for ulcerative colitis, an inflammatory bowel disorder. When the Butte teenager was later hospitalized in Missoula, he tested positive for the Delta variant of COVID-19, which his mother Tricia Myers believes aggravated his condition and almost cost him his life. 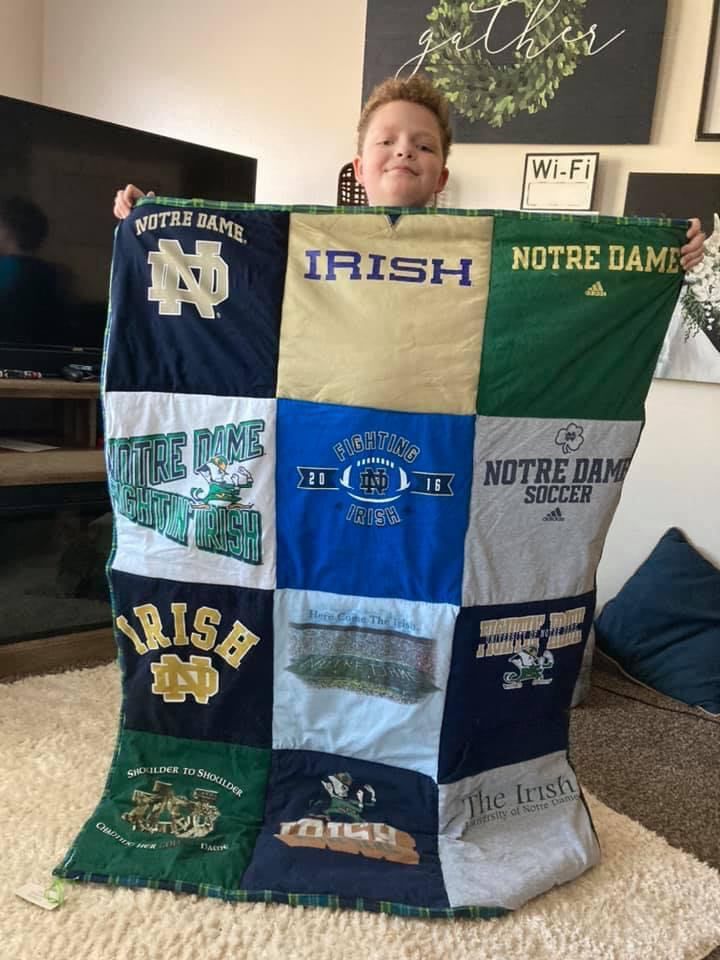 Liam Myers, 13, is no ordinary Notre Dame football fan. The Butte teenager had plans to watch his team in person in September, but instead has been fighting for his life after he came down with COVID-19 and another disorder at once. 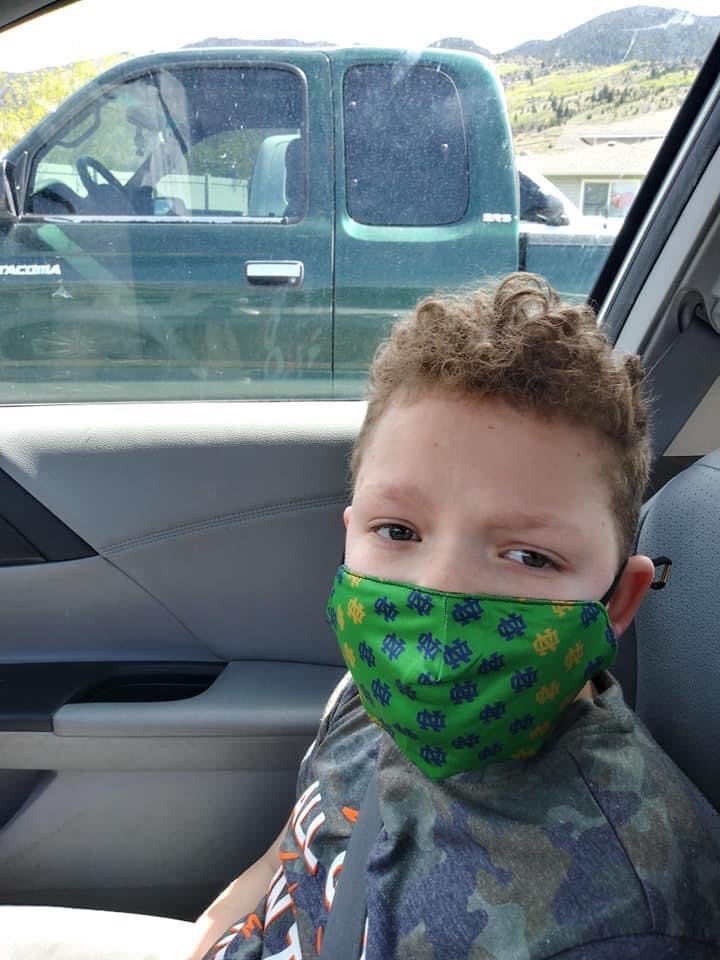 Liam Myers, 13, is immunocompromised and was vaccinated as soon as possible. He got COVID anyway, and his mother Tricia Myers believes the vaccine may have saved his life when he was hospitalized with the virus and other conditions.