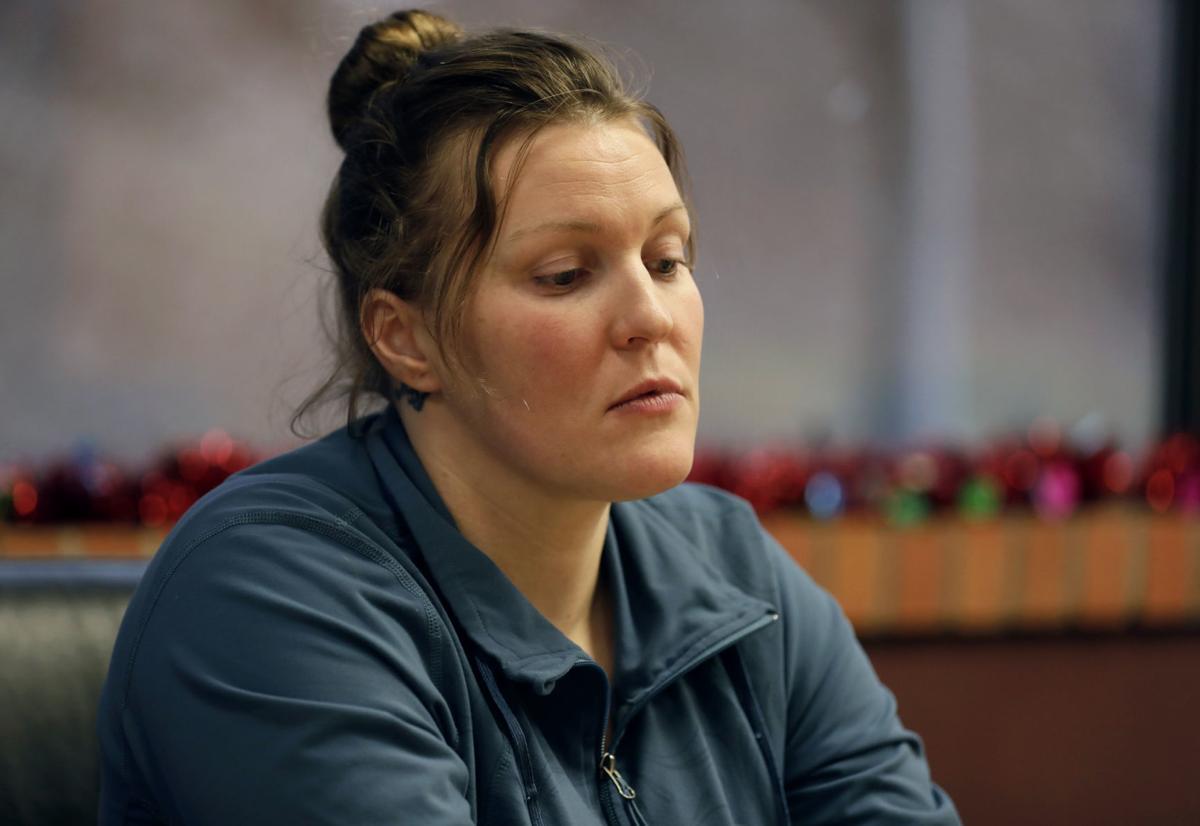 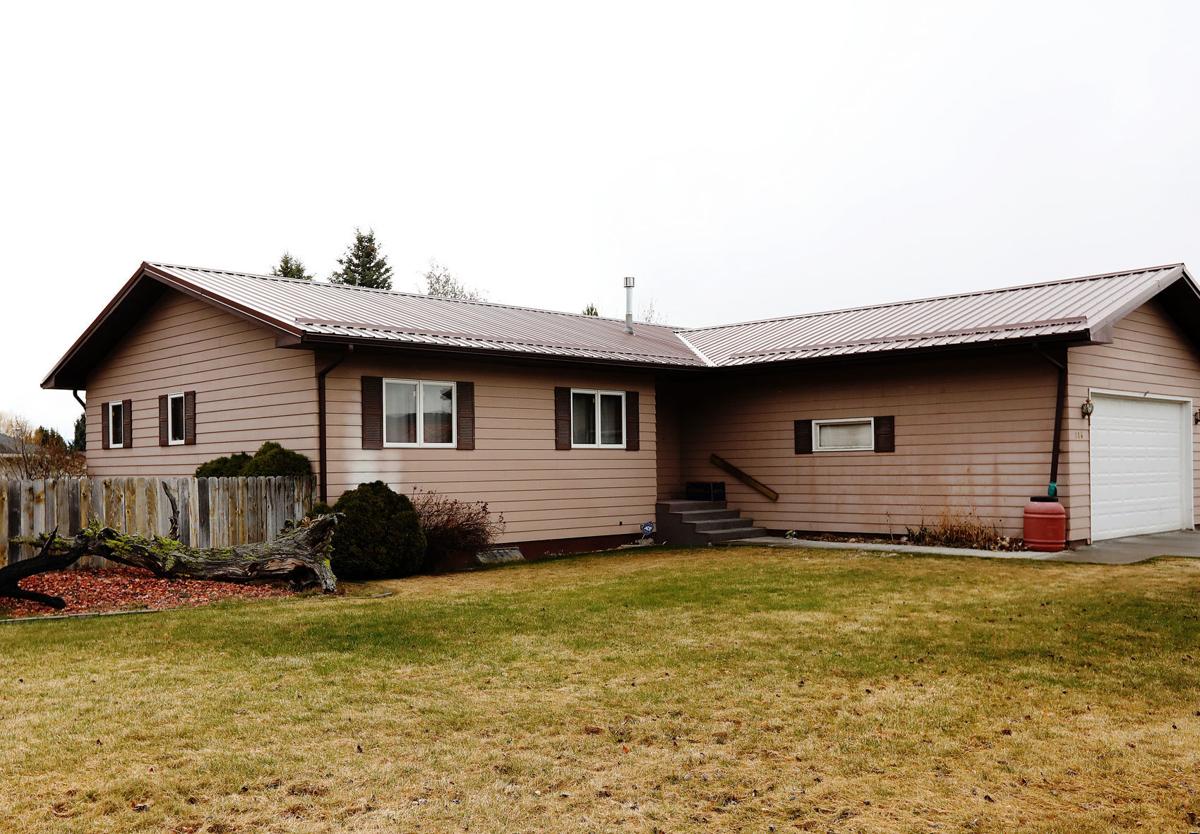 First in a two-day series

A lawsuit from a Kalispell woman alleges that a Butte psychiatrist's improper drug treatment has left her with an incurable physical ailment.

The psychiatrist, Dr. Bennett Braun, has settled multiple lawsuits for millions after former patients said he convinced them in therapy that they had engaged in cannibalism, child abuse, satanic rituals and even consumed meat loaf made of human flesh.

Braun, 78, never admitted wrongdoing when he was sued 11 times for claims such as that he put women into an Illinois psychiatric hospital, put them on high dosages of drugs not always tested on animals and hypnotized them a couple of decades ago. Braun faced some disciplinary action in Illinois as a result, but was back in good standing by the time he relocated to Montana.

Ciara Rehbein, 33, went to Braun on referral for anxiety and post-concussive syndrome starting in 2014 after a bad motorcycle accident on Front Street.

Braun — the only psychiatrist in Butte, according to the Department of Labor and Industry — prescribed her an antipsychotic medication called Geodon, which is known to cause serious and permanent movement disorders.

After a while, Rehbein says, she began to experience uncontrollable facial movements. She says she told Braun.

“I tried to talk to him about that,” Rehbein said during an interview late last year. “He said, ‘That’s just a little dyskinesia.’”

“Dyskinesia” refers to tardive dyskinesia, a disorder characterized by repetitive, involuntary and purposeless movements and caused by prolonged use of neuroleptic drugs like Geodon, according to WebMD.com.

In response to her issues with Geodon, Rehbein says Braun told her, “We’ll try something else.”

In time, Rehbein says the facial movements got worse. Eventually, tension in her neck kept her from being able to turn her head down. After nearly a year of taking those drugs under Braun's care, Rehbein also had trouble walking and controlling her tongue and torso, according to court documents filed as part of a lawsuit she is pursuing against Braun.

By the time she went to a neurologist, Rehbein says she had no reflexes.

“He (her neurologist) was shocked I could stand there with the Seroquel I was being prescribed and Geodon way over what I should’ve been taking,” she said.

And now Rehbein says she faces a lifetime of Botox injections in her neck and shoulders to make her muscles behave normally.

According to her current doctor, Rehbein’s condition is irreversible.

Now, Rehbein is suing Braun in Butte District Court for negligence, lack of informed consent and failure to warn. She is seeking punitive damages from Braun. The suit also accuses the Montana Board of Medical Examiners of negligence for licensing Braun.

Braun and his attorney, Mark Thieszen, declined to comment or be interviewed for this story, citing the pending litigation.

According to the complaint, Braun participated in Medicaid, which means taxpayer dollars helped to pay for his services. The complaint says 74% of Braun’s patients received subsidies for treatment in Butte.

Rehbein and the Department of Labor and Industry, which oversees the Montana Board of Medical Examiners, faced off in District Judge Kurt Krueger’s courtroom last month. Rehbein’s argument is that the state knew or should have known about Braun’s past before licensing him in Montana.

Quinlan O'Connor, special assistant attorney general, argued before Krueger that the board's licensing process is irrelevant because the board has immunity from legal action. The state has judicial precedent for that argument on its side. The state is seeking to be dismissed from Rehbein’s suit.

But Justin Stalpes, Rehbein’s attorney with Beck, Amsden and Stalpes in Bozeman, contended during last month's hearing that the state’s licensure gives a stamp of approval to a doctor in the mind of patients. Further, if a hospital credentials a bad doctor, a patient who has been harmed by that doctor can sue the hospital.

If the state licenses a bad doctor and the patient is harmed, the patient should, likewise, be able to sue the state, Stalpes argued.

It’s not just the stamp of approval that matters, says Stalpes.

Because Braun accepted Medicaid, and the majority of his patients are on subsidized care, the state’s taxpayers are funding a doctor who allegedly harmed a patient.

Before Rehbein can go to jury trial, Krueger must make a decision on that aspect of the case. So for now, Rehbein waits.

Rehbein’s lawsuit will not be an easy one. And her odds of success are complicated by the fact that Braun lacks medical malpractice insurance as a result of his issues in Illinois.

Montana is one of 32 states that allow doctors to go without malpractice insurance, according to Deirdre Gilbert, national director of the National Medical Malpractice Advocacy Association in Texas.

“One of the biggest barriers they (the patients) face is not a lot of attorneys will accept these cases,” Gilbert said.

She said there is no federal law requiring doctors to have medical malpractice insurance and that it’s not something most patients would think to ask about when visiting a physician.

Gilbert says the lack of medical malpractice hurts patients because if they are harmed, they have “no legal remedy.”

Without medical malpractice insurance, a negligent doctor can potentially dodge a patient’s suit even despite potentially catastrophic medical bills, irreversible injury or lost wages due to botched medical care.

It’s not clear why the U.S. Drug Enforcement Administration obtained a search warrant to search Braun’s office in the summer of 2017, but the agency found Braun practicing outside the scope of his license, according to Stacy Zinn, DEA agent for Montana.

Zinn didn’t provide many details about the search, but she did say Braun subsequently surrendered his narcotics license in a deal with the DEA and that the agency did not pursue criminal charges against him.

While it’s not clear how Braun ended up on the DEA’s radar, Rehbein says that there were occasions when Braun gave her drugs directly out of his office instead of sending her to a pharmacist with a prescription.

On her first visit to Braun, she says he gave her opioids out of his cupboard – and that he gave her large amounts of highly addictive opiods.

“He would say, ‘Try this and see how this works for you,’” she said.

He would also ask Rehbein to bring prescription medications to him that she didn’t finish, she says. Anthony Jackson, her lawyer also with Beck, Amsden and Stalpes, alleges that Braun recycled the used prescriptions to other patients.

Erin Loranger, public information officer for the Department of Labor and Industry, which oversees the Montana Medical Board of Examiners, said she cannot comment on whether the board is investigating Braun due to the DEA’s actions.

“The fact that the board may be investigating any licensee is confidential unless the investigation results in a disciplinary case,” she said in writing.

Whether other patients have filed complaints against Braun with the board is also confidential, Loranger said.

Although Braun would not be interviewed, his position is set out in court records.

He denies wrongdoing and claims he complied with the appropriate standard of care in treating Rehbein, according to the defendant’s answer to the complaint for damages. Braun says his patient failed to follow his medical advice and didn’t inform him of her illegal drug use and visits with other physicians.

He says “an unrelated medical condition,” the motorcycle accident and her “undisclosed use” of methamphetamine are the cause of Rehbein’s disease. Rehbein admits she used methamphetamine in the past and that she relapsed while under Braun’s care.

Rehbein had an idyllic life once.

At 18, she found herself married to her high school sweetheart with a brand new baby, living on her grandfather’s ranch in Arlee, north of Missoula.

But tragedy struck when her baby died of sudden infant death syndrome when the child was about a year old.

In 2008, Rehbein was arrested for writing bad checks and possession of dangerous drugs in Kalispell. In the intervening years she’d become hooked on methamphetamine.

The court sent Rehbein to Butte’s Women’s Transition Center, which tries to help convicts transition back into society. After she got out in 2012, Rehbein remained in the Mining City and tried to forge a new life.

She got a job and started taking business classes at Montana Tech. She found a new relationship and got a dog. She joined Alcoholics Anonymous. The day of her motorcycle accident, she was coming back from an Alcoholics Anonymous Father’s Day barbeque.

“I was in a pretty good place,” she says.

But the crash was a setback. The driver was badly injured. Rehbein, who was riding on the back of the motorcycle, lost part of her middle finger. The very visible injury left her feeling self-conscious. She became consumed with anger and self-blame. She needed help.

She talked to a doctor who referred her to Braun. She says that on her first visit, she told Braun about her previous methamphetamine use and that he handed her opioids out his cupboard anyway, despite her troubles with addiction.

She also came away — after 45 minutes and a cursory evaluation — with a diagnosis of bipolar disorder, she says.

And after that initial 45-minute therapy visit, she says Braun usually spent only 10 minutes with her.

At one point during the year-long treatment, Rehbein slipped back to using methamphetamine one night. She says she was overly sedated and that the many negative side effects — from wetting the bed to falling asleep with food in her mouth — from all the drugs Braun had put her on, plus the increasing movement problems, were taking a toll on her relationship with her new life partner.

She says she told Braun about her relapse. She says it scared her and soon after she got rid of even the opiods Braun had her on.

“He didn’t talk to me very much,” she said of Braun during her year of therapy. “He told me to be quiet a lot. If I was emotional, he would tell me to button up.”

Rehbein has regained at least some control over her life.

Although she faces a lifetime of living with tardive dyskinesia, she has found happiness. She and her life partner worked things out and now the pair have a new baby.

But, Rehbein says, she still can’t work. She says she has trouble leaving the house. She still struggles with anxiety and says she has both memory problems and concentration issues.

She blames the high dosages of drugs Braun put her on while she was still healing from her motorcycle accident for her ongoing issues.

But she realizes that is wishful thinking.

“I don’t care so much about him finally hearing me anymore,” she says. “But I want people to know who and what he is. I hope this never happens to anybody else.”

MONDAY: The state board of medical examiners is under fire for licensing Braun.

Medical board sued for licensing psychiatrist with troubled past

Former Butte resident Ciara Rehbein alleges in a lawsuit against the Montana Board of Medical Examiners that the board knew or should have known about the allegations in Dr. Bennett Braun’s past.

The Placebo Effect might not be as powerful as once believed

The Placebo Effect might not be as powerful as once believed

Butte loved Burton K. Wheeler, and he loved Butte back.