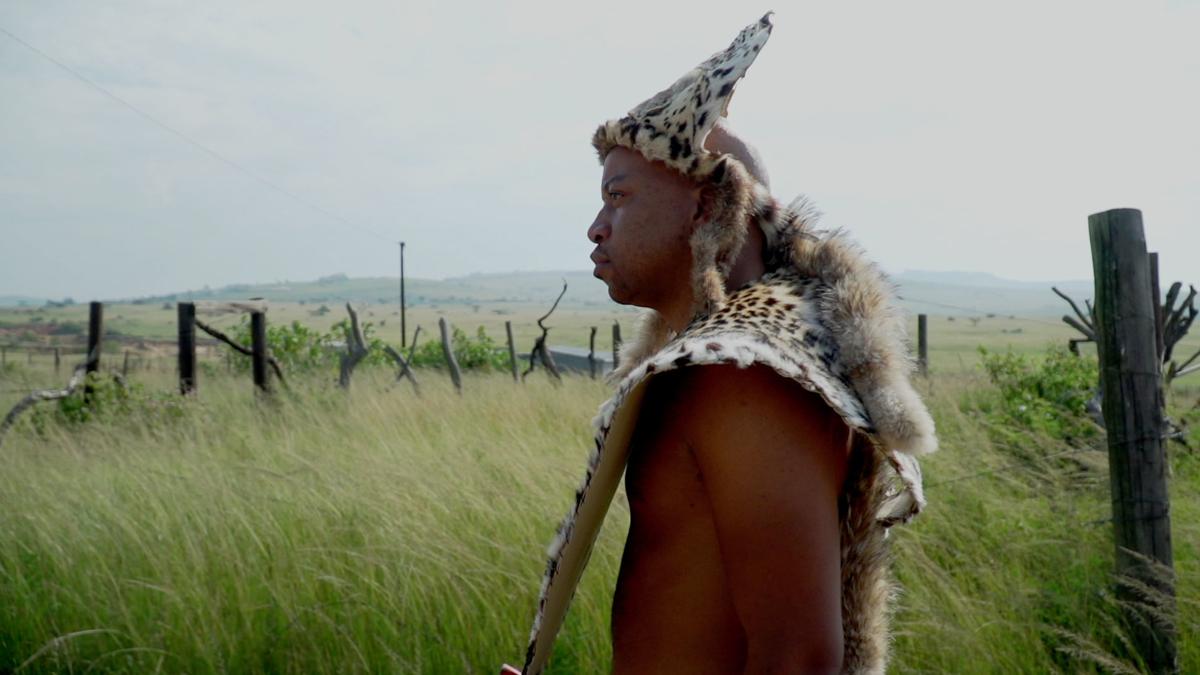 Prince Siboniso Zulu is pictured here in Nongoma, South Africa, in this still from the film "Zulu Summer." The film will show Saturday at the Mother Lode Theatre. 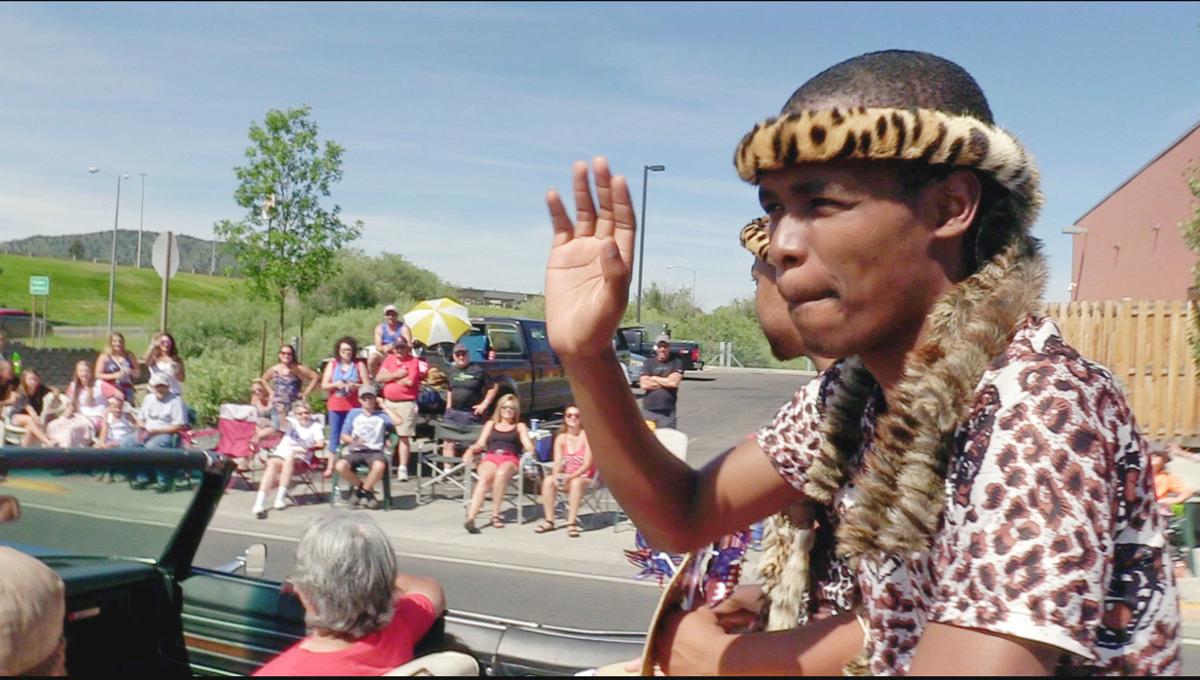 Nkokhelo Msomi waves to parade-goers in Butte in the film "Zulu Summer." 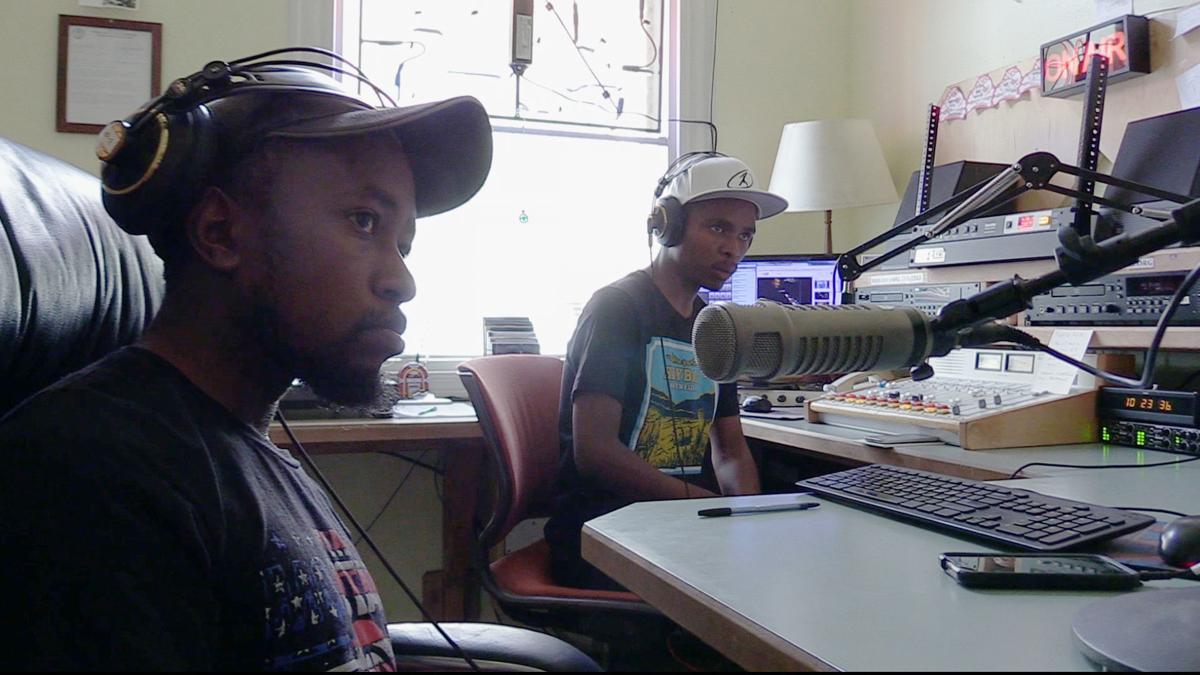 From left, Mokai Malope and Nkokhelo Msomi talk on the air at KBMF in Butte in this still from "Zulu Summer."

When you speak with anyone who’s been involved in the making of “Zulu Summer,” they all tend to say the same thing: The summer that an emissary from South Africa visited Butte, Montana, was something they’ll never forget.

It was a summer of cultural exchange, they say, but more than that, it was proof that curiosity and people’s innate sense of humanity can thrive even during politically tumultuous times.

“Zulu Summer,” which will have its hometown premiere Saturday night at the Mother Lode Theatre, is a documentary that depicts the summer that Prince Siboniso Zulu (Prince Sbo for short) and his colleagues Nkokhelo Msomi and Mokai Malope spent several weeks in Butte.

For filmmakers Eric Schrader and Joseph Litzinger, who co-directed the documentary, the film is far from a reel of the prince’s summer vacation.

Schrader and others interviewed for this story said what led to the making of the film was a series of unlikely events.

It all started when Dark Sevier — who was then a DJ and the music director of KBMF, Butte’s indie, low-power radio station — received a curious email from the other side of the world. The emailer declared that he was a Zulu prince and that he operated an independent radio station in Nongoma, South Africa, and wanted to connect.

Prince Sbo landed in Butte May 19, 2017. Schrader and Joseph Litzinger caught the moment on film. In the scene, Sevier is driving to the airport in his car discussing the upcoming visit as the plane descends on the runway in the distance.

Schrader, who spoke to the Standard by phone from Los Angeles, said he wasn’t sure what to expect that day.

For him, the decision to travel from Los Angeles to Butte to film the trip was a bit of an impulsive move.

He and Litzinger heard about the visit from their colleague, Havva Eisenbaum, who had attended the Covellite International Film Festival in Butte.

Today, Eisenbaum is a producer on the documentary. Don Arangio is also a producer.

When he first heard of the story, Schrader thought it was “too crazy to even fathom” — so naturally, he was interested.

The two were actually working on another documentary at the time, but when they heard a Zulu prince was going to visit a small town in Montana, the story was too good to pass up. It was like the real-life version of “Coming to America,” Schrader said. So he and Litzinger decided to do what few have done or would want to do: They took on two feature-length documentaries simultaneously.

Before the South African men landed, Schrader was unsure of what kind of story he and Litzinger were going to tell, or even if the visit was a story worth telling. But when Prince Sbo, Msomi, and Malope stepped off the plane, he knew he and Litzinger had stumbled upon something incredibly unique.

“I was just in shock, thinking ‘this is going to be so good,’” said Schrader.

About 30 DJs stood waiting to greet the emissary, cheering and clapping as the three South African men came dancing out of the gate, clad in traditional clothing and singing a song, which roughly translates to:

That’s according to Malope, who spoke with the Standard via Facebook from Tembisa, South Africa. Malope described the reception at the airport as “overwhelming” and “humbling.”

“I don’t think there is anything as pleasing as that. That was a good moment because people there didn’t even know us, but then they just welcomed us with opened arms,” said Malope. “We had a warm feeling. We felt like we were home.”

Malope, a volunteer at the Nongoma radio station, is actually a member of a different cultural group called Pedi.

He said that when he set out on his journey, his first concern was that he would be cold in the northern state of Montana.

His second concern was what the people would be like. He wasn’t used to being a minority (everyone’s black in his hometown), and he had heard that Montana was a conservative state.

But more than anything else, he was looking forward to the trip.

He added that his favorite parts of the trip were those times he got to sit down and talk with locals.

“I think the people of Butte, they are really my highlight,” said Malope.

Schrader and Litzinger couldn’t be in town during the emissary’s entire trip, so they entrusted locals, including Covellite Film Festival organizers, to film important moments when the two had things to attend to back in LA.

In the weeks that followed, the three South African men packed in more experiences of Butte and the surrounding areas than most Montanans do in a lifetime, as reporter Susan Dunlap put it in a 2017 article.

The three men got to meet Sen. Bernie Sanders as he campaigned for congressional hopeful Rob Quist. They also met Lt. Gov. Mike Cooney. They attended a presentation on the history of American dolls, visited the Berkeley Pit, shot guns for the first time, saw how Americans vote, and wielded hammers against the ringing rocks near Whitehall. They also got to sit as grand marshals of Butte’s Fourth of July parade, which Schrader called a proper “story-book parade.”

They did mundane things too, such as break bread with people in their homes.

After the prince’s visit to Butte, Sevier and others from KBMF took a trip to Nongoma.

Like their counterparts, the group had many fantastic experiences, including meeting the Zulu king, King Goodwill Zwelithini kaBhekuzulu, and visiting the Cradle of Humankind World Heritage Site, where some of the earliest hominid fossils have been found — including one famous fossil named Lucy.

But Sevier said the best part of the trip was just connecting with people and finding out about each other’s cultures — the “quiet moments,” he said.

“Zulu Summer” had its world premiere in February at the Santa Barbara International Film Festival, where it was received by a crowd of over 500 during its first screening. Its second screening, at a smaller venue, sold out. Since then, the film has been picked up by distribution company Gravitas Ventures and will become available on iTunes and Amazon in July.

Sevier saw the film for the first time at the world premiere and took part in a question-and-answer session on stage.

For him, the film bucks the national narrative about division and strife.

'This is an alternative': New youth mountain biking team launches in Butte, Anaconda

Prince Siboniso Zulu is pictured here in Nongoma, South Africa, in this still from the film "Zulu Summer." The film will show Saturday at the Mother Lode Theatre.

Nkokhelo Msomi waves to parade-goers in Butte in the film "Zulu Summer."

From left, Mokai Malope and Nkokhelo Msomi talk on the air at KBMF in Butte in this still from "Zulu Summer."