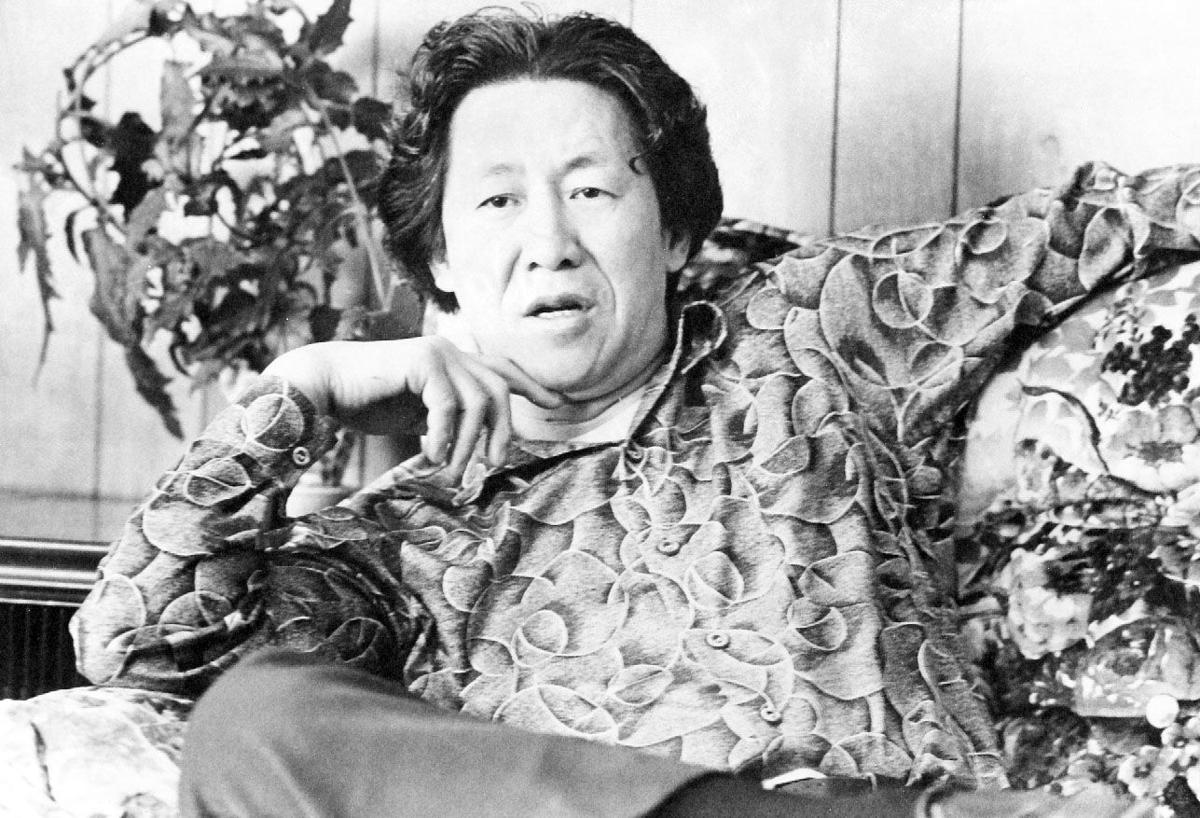 Ding Kuen Tam, also known as Danny Wong, was featured here in a 1980 interview. He gave an interview about how it took him 16 years to get permission to bring his parents to the United States from Guangzhou, China. 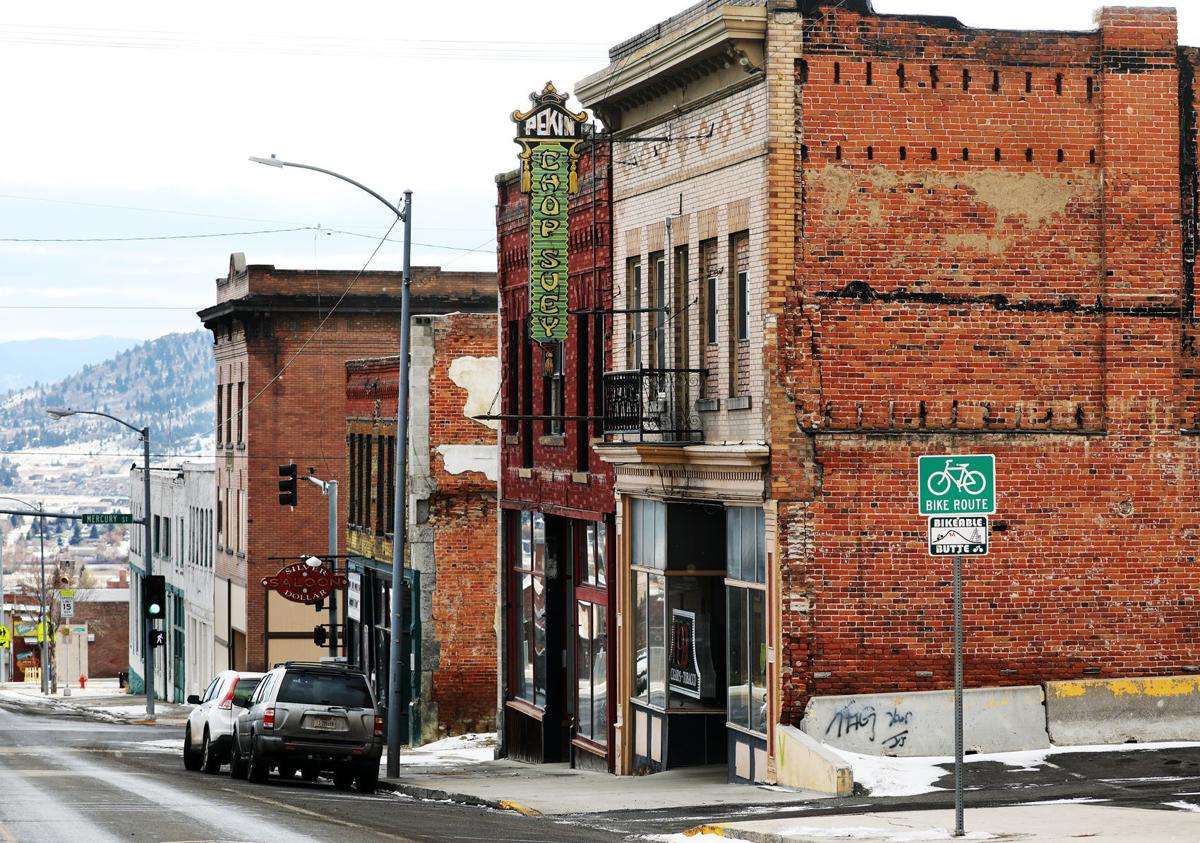 The Pekin Noodle Parlor is the oldest family-owned Chinese restaurant in the United States serving Butte for over 110 years. The restaurant was recently nominated for the 2020 James Beard Outstanding Hospitality Award. 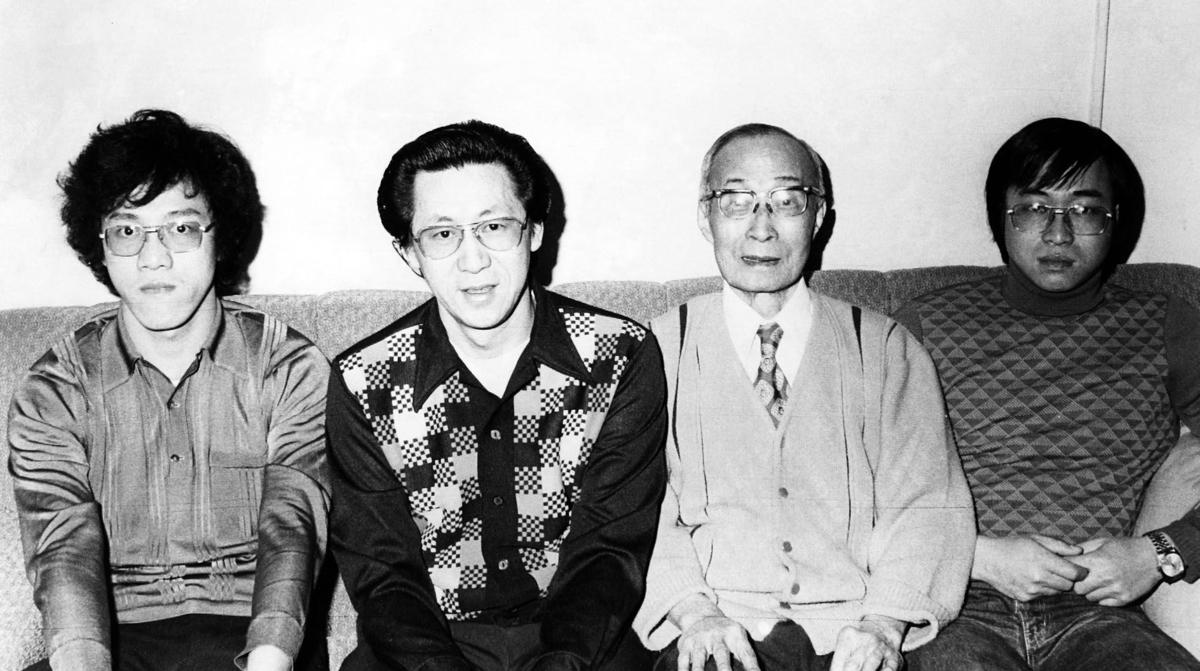 Ding Kuen Tam (Danny Wong) is seated here (second from the left) with his brothers, Ding Cheong Tam and Ding Hung Tam. The man in the tie is the brothers' grandfather, Kwong Yee Tam.

Ding Kuen Tam, owner of the renowned Pekin Noodle Parlor, died at 86 on Monday. He was better known to the Butte community as Danny Wong, and better known still as a Butte icon.

Wong leaves a legacy of historic consequence — he ran the Pekin in Butte since he inherited the restaurant from his great-grandfather in the 1950s. The Pekin is regarded as the oldest family-run Chinese restaurant in America.

Wong was born Oct. 12, 1934, in Guangzhou, China. As a child, he fled the Japanese invasion of China before World War II, before making an unforgettable impact on the history and people of Butte.

But somehow that tremendous legacy of success and personal triumph is overshadowed by the memory of his pure kindness. And those who knew him best would say, that’s the greatest memory any man — an icon or otherwise — could leave behind.

“He was the kindest man that anybody ever knew,” said Wong’s son, Jerry Tam. “His kindness stemmed from having a restaurant that served the mouths of the community. Anybody that wanted a meal, he would offer it to them, whether you had a penny or a dollar. He would make sure you didn’t walk away hungry.”

“He gave to so many causes, whether it be to a school, a political campaign or fundraiser,” said Sheehan. “I can’t tell you how many meals he gave out for free, too.”

Wong went to great lengths to make people happy, especially when it was needed most.

“It was his favorite thing to do,” Tam said. “When anyone passed, that’s what he was known for. He would load up his Jeep Wagoneer with the most food anybody could possibly eat and drop if off personally and say, here you go, here’s food during your time of celebration of life.”

Krueger came to Butte to work for Baucus in the ’80s with the city under economic crisis after the mine closed. Wong became one of her first friends in town, and then one of her finest. It wasn’t just his kindness toward her, but to all, that struck Krueger the first time she climbed the steep stairs to the Pekin.

“He served miners as well as U.S. senators in the same manner,” she said. “He just loved Butte and all of its citizens. We’re definitely going to miss him.”

Holding back emotion, Krueger remembered Wong as a truly compassionate gentleman, who treated everyone like a king or queen.

“I just became very touched. And grew to love him as a friend, as a person, as a community leader. I’m ready to cry,” she said.

Working tables at the Pekin’s famous booths, Sheehan learned Wong had a knack for remembering a face, even if he hadn’t seen a person in years. He would know exactly what someone would want to order, so menus were never needed.

Cooney said that attention to detail extended to a person’s family.

“He would always ask about my mother and how she was doing,” Cooney said, remembering when his mother was getting older and could no longer make it up to the restaurant. “Danny would say, ‘Mike, don’t worry about it. You just call me and I’ll bring the food to your mom.’ ”

Raised in Butte and a lifelong visitor to the Pekin, Cooney said it was never just about history and food — though there’s always plenty of food. People came to talk to Wong, and Wong lived to talk to them.

“Frankly he was always at the restaurant. I’d walk back to the kitchen and find him working over a stove, in a fairly crowded kitchen, working his tail off. But he would always take the time to talk to you,” Cooney said. “He’d make you feel like you were the most important person in the world, and then feed you an incredible meal. He always made you feel like you were the last customer he was going to have.”

Baucus described the experience as a whirlwind of too much food and sometimes too much drink, all swirling around Wong’s famous smile.

“I can’t think of anybody that’s made a stronger impression on me than Danny Wong,” Baucus said. “He’s one of a kind.”

Wong was a legendary talker, and nobody knows it better than his son.

“It took hours to go anywhere,” Tam said. “From his painters to friends, politicians, doctors, he would stand and talk to them for hours. My dad was just kind of the epicenter of it all.”

“Your kid’s going to college? What college is he going to? I know someone at Columbia. I give him a call,” Wong would say, and reach for the phone.

Or, “You want to go into politics? I’ll call my friend Max Baucus,” Wong would say, and then literally fetch the number and call Baucus on the spot.

When Tam’s friend Randy Walker told Wong he was a 49ers fan, Wong said, “I know a guy, I call him.”

And Walker sailed to a 49ers game with a VIP ticket in a limo, just like that. It all happened in the Pekin.

“My dad was always able to find a way to make a connection — for someone to talk to, or for people to advance themselves in the world,” Tam said.

With his genuine generosity, Wong advanced incredible friendships. Perhaps none is more iconic than the one between Wong and Butte legend Evel Knievel.

Knievel was “Bobby” to Wong.

Whenever Knievel pulled his Maserati into the Pekin alleyway, Wong would give him a box full of food and a bottle of Jack Daniels, whether he drank it or not.

Such was their bond. Knievel even gave Wong his last car, a Lincoln Mark VIII.

Perhaps the greatest legend to emerge from their lifetime of friendship? They both died on the same day, at about the same time, 13 years apart.

Many of Wong’s best friends, and his wife, Sharon Tam, passed before him. Among many others who define Butte, the late Pat Shea and Mike Mansfield counted themselves as Wong’s customers second, and his friends first.

Wong will be personally honored in Butte homes for an extraordinary dedication to the family business and the community who enjoyed it, and his restaurant continues to capture accolades from the nation. The Pekin recently was a prestigious James Beard Foundation semifinalist for Outstanding Hospitality and was showcased in New York at the Museum of Food and Drink Exhibition called CHOW: The Making of an American Chinese Restaurant. The restaurant will also be featured in 2021 at Chicago’s Chinese Heritage Museum.

Throughout his life, Wong educated the Butte community on Chinese culture, and kept his restaurant largely unchanged. The simple trick allowed the Pekin to transcend time.

“His restaurant is an integral part of Butte’s history,” said Butte-Silver Bow Chief Executive Dave Palmer, “and the same could be said of Danny.”

Wong spent every day making people smile, and for no other reason than that it was his honor and delight to do so.

He treated his staff the way they deserved to be treated. Both Sheehan and long-time waitress Arlene Breyer called Wong the best boss ever.

Wong wanted people to be as happy as he was, and loved many people well.

As Tam continues the restaurant in his father’s tradition, he perhaps feels the greatest honor of all.

After all, Tam said, “He loved his family the most.”

That kind of love is the stuff of legend.

The pandemic has left people homeless in Butte, and some of them weren’t even from Butte to begin with. Wherever they come from, the Butte Res…

A tradition of hospitality: Pekin Noodle Parlor is a James Beard semifinalist

The red and yellow neon glow has beckoned Butte from its second-floor perch over Main Street for more than a century.

Ding Kuen Tam, also known as Danny Wong, was featured here in a 1980 interview. He gave an interview about how it took him 16 years to get permission to bring his parents to the United States from Guangzhou, China.

The Pekin Noodle Parlor is the oldest family-owned Chinese restaurant in the United States serving Butte for over 110 years. The restaurant was recently nominated for the 2020 James Beard Outstanding Hospitality Award.

Ding Kuen Tam (Danny Wong) is seated here (second from the left) with his brothers, Ding Cheong Tam and Ding Hung Tam. The man in the tie is the brothers' grandfather, Kwong Yee Tam.