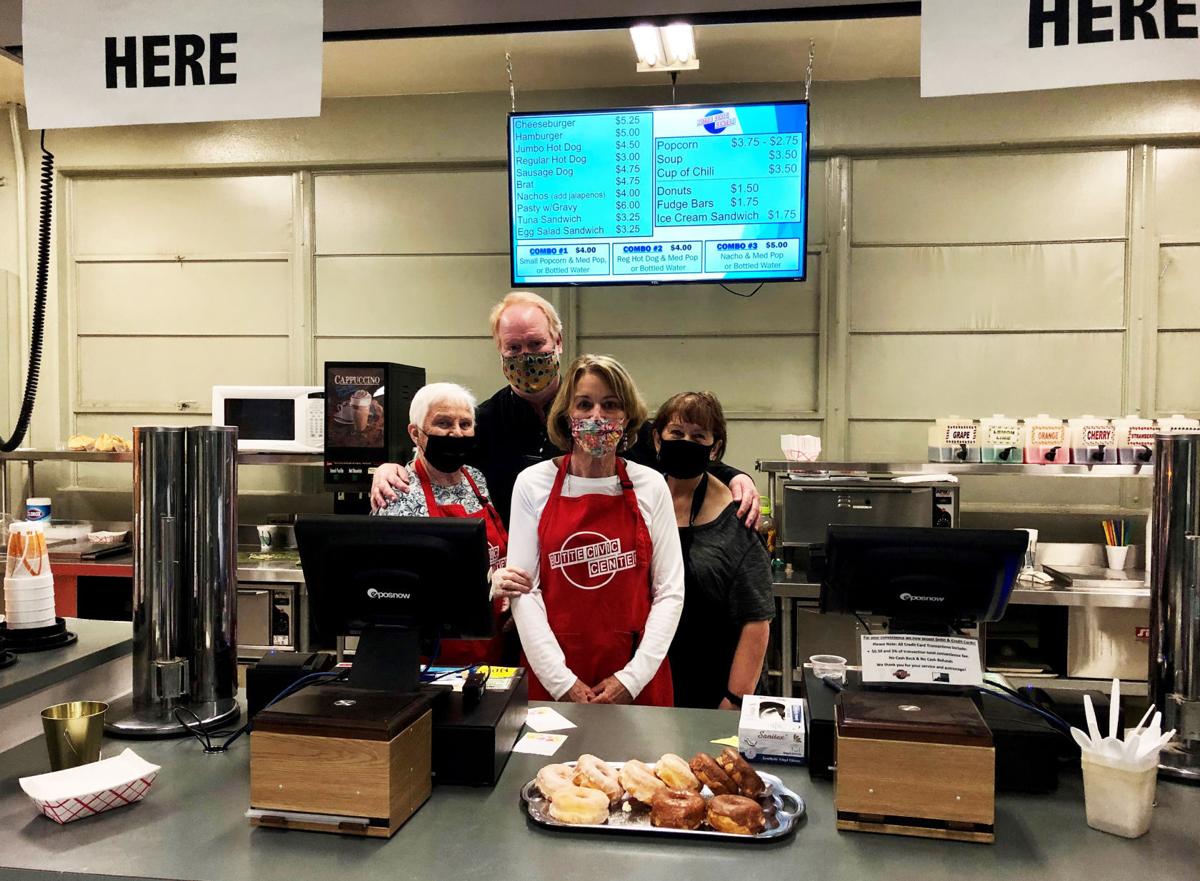 The last time the Butte Civic Center's concession stands were fully operational was March 13, 2020. Everyone, including Bill Melvin and the women standing here with him, Lynn Aniksdal, Belinda Paris, and Joan Simon are happy to work behind the counter once more. Just for this photograph, the foursome decided to to forego social distancing. 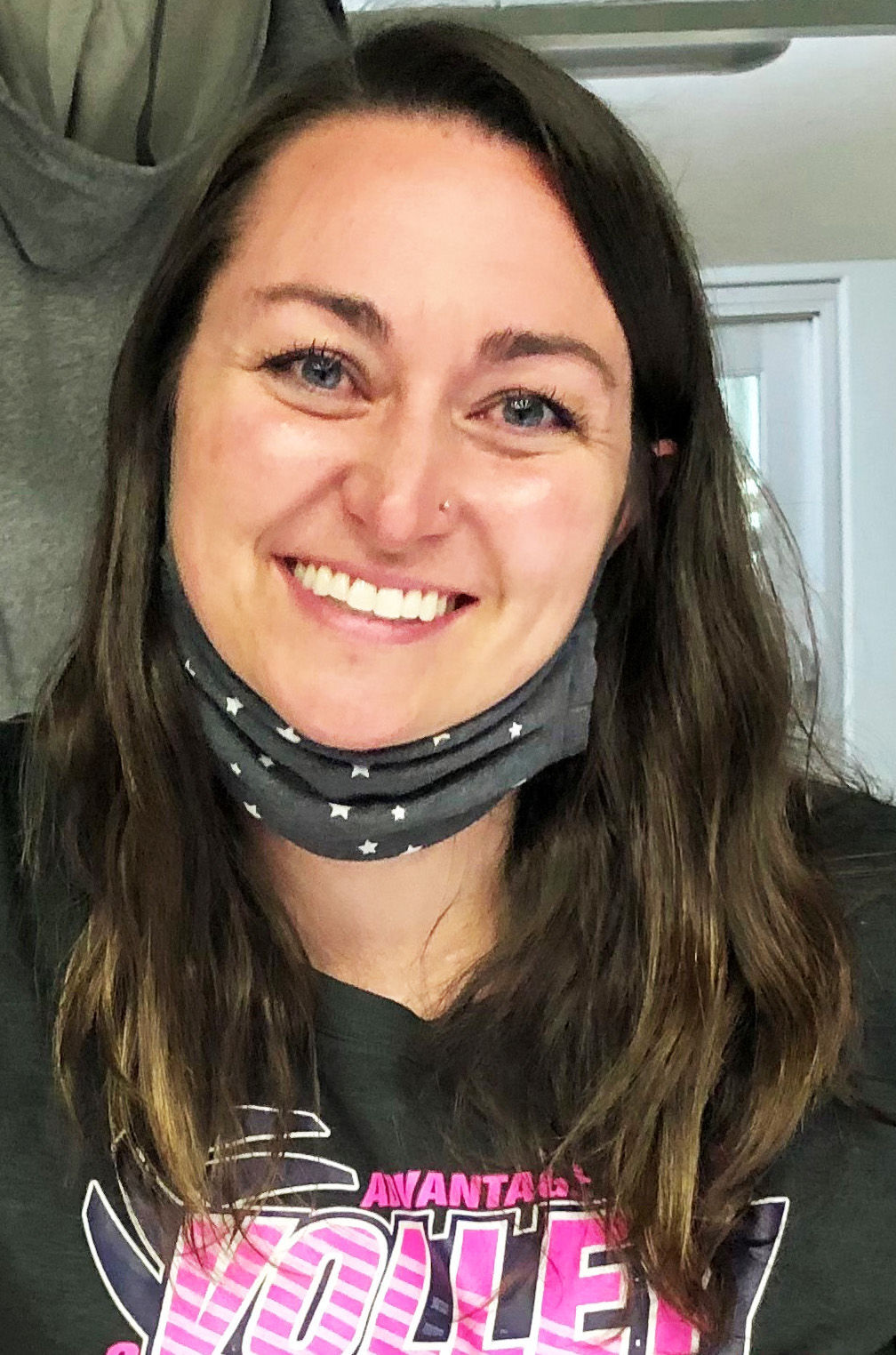 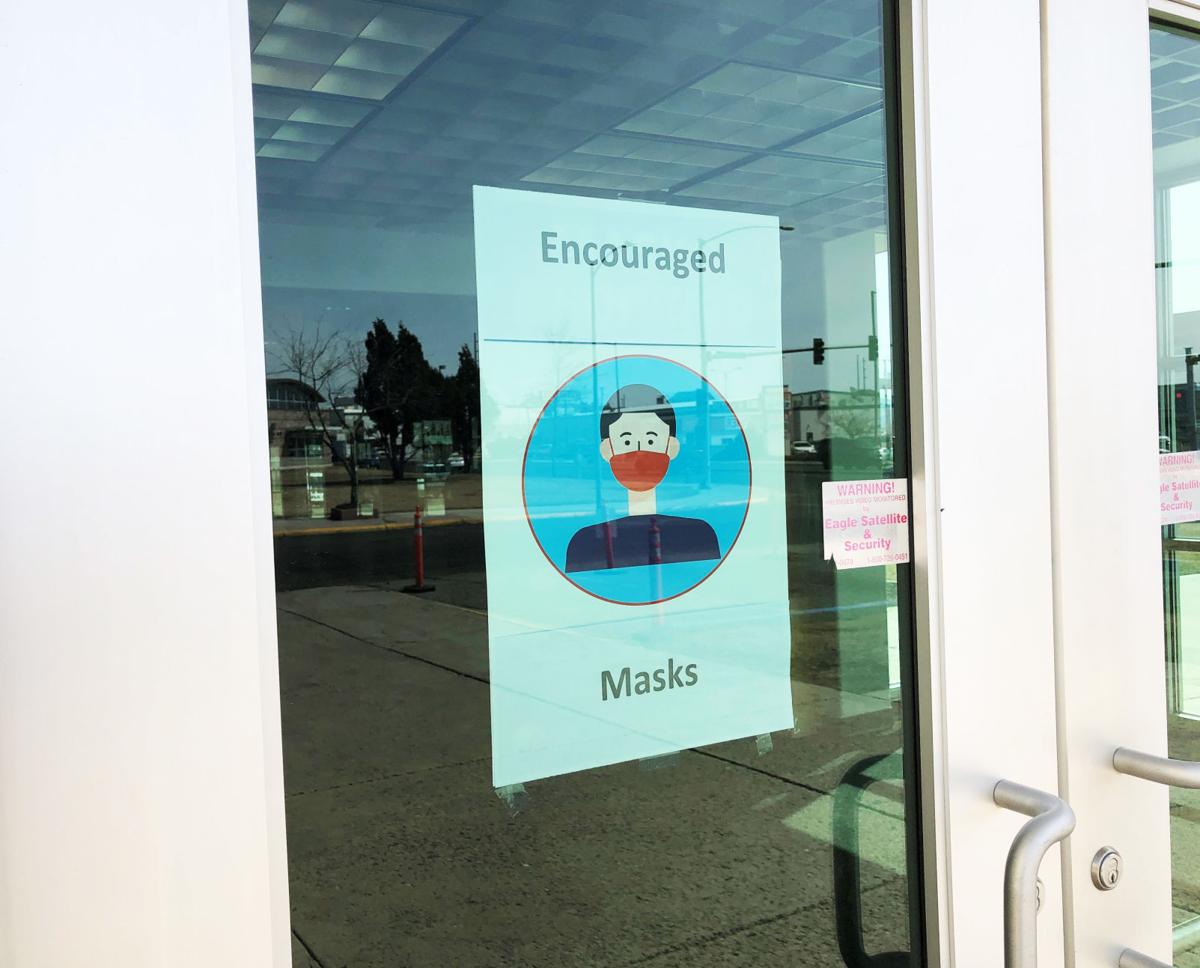 While masks are no longer required at the Butte Civic Center, they are certainly encouraged.

Bill Melvin, general manager at the Butte Civic Center, has a bit of a spring to his step these days. The reason is not because a new season has just begun, but because his facility is back in business and fully operational.

Yesterday the facility, along with the Maroon Activities Center, played host to the Advantage Butte Volleyball Classic with 55 statewide teams participating. The tournament continues today.

For all intents and purposes, the facility has been shut down for most public events since March 13, 2020, when the coronavirus made its way to Montana.

At the time, high school basketball tournaments were underway throughout the state, including Butte, which was hosting the State B tourney. All tourneys came to an abrupt end when Montana High School Association officials made the decision to cancel them all, including the one in Butte.

For the Butte Civic Center, the tourney was just the beginning. Many canceled events followed — May Fair, Jordan Circus, Bacon & Brew Fest, Summer Festival, just to name a few.

Through it all, Melvin and his crew remained optimistic. They also remained busy.

Besides doing a deep cleaning of the center, repairs were completed and improvements made.

The facility was used for COVID-19 testing from August to January and is now being used for mass vaccine clinics for Butte residents.

Melvin is proud he and his crew could provide assistance during this pandemic.

“We have been part of the solution in helping Butte people get tested and vaccinated,” said Melvin.

On March 23, Butte’s Chief Executive J.P. Gallagher announced the mask mandate would be lifted. In addition, early closing times and limited capacity at restaurants, casinos, bars, and gyms was rescinded. It was also decided that there was no need for approval from the Butte-Silver Bow Health Department to host large gatherings.

Since that press conference, Melvin and his staff have been putting in some hours.

The volleyball tournament took some time to put together and with the help of its director, Jennifer Hope, they were able to pull it off.

According to Hope, there are teams from Billings, Bozeman, Deer Lodge, Anaconda and Butte. The 55 teams are comprised of girls ages 12 to 18, playing in specific age brackets.

Hope, a teacher of business and technology at Butte High School, is optimistic that by next year, boys’ teams will be competing, too.

“Other towns have boys’ teams,” she explained, “and we hope to as well.”

With the volleyball classic nearly behind them, Melvin has added more events to what was once a blank calendar.

“We are really starting to pick up in terms of events,” said Melvin.

He is also mindful that the pandemic is not yet over.

Melvin said while masks may no longer be required, he and his staff will continue to wear them and ask anyone entering the facility to do so as well.

“We are encouraging people to wear masks and social distance as well,” Melvin said, “and hand sanitizing stations can be found all throughout the building.”

He is looking forward to hosting more gatherings, including the following:

Melvin said more than likely, his calendar will change on a weekly basis. He is hoping to schedule more events.

“There is some optimism now ... local, state and nationally,” he said. “I just hope people continue to get vaccinated.”

The sight of mule deer bounding across the foothills of the jagged Pintlers can enchant human witnesses. But an urbanized mule deer in Anacond…

Given that the shadows cast over education by COVID-19 seem to be in retreat, administrators for Butte School District 1 hope to reduce class …

The last time the Butte Civic Center's concession stands were fully operational was March 13, 2020. Everyone, including Bill Melvin and the women standing here with him, Lynn Aniksdal, Belinda Paris, and Joan Simon are happy to work behind the counter once more. Just for this photograph, the foursome decided to to forego social distancing.

While masks are no longer required at the Butte Civic Center, they are certainly encouraged.