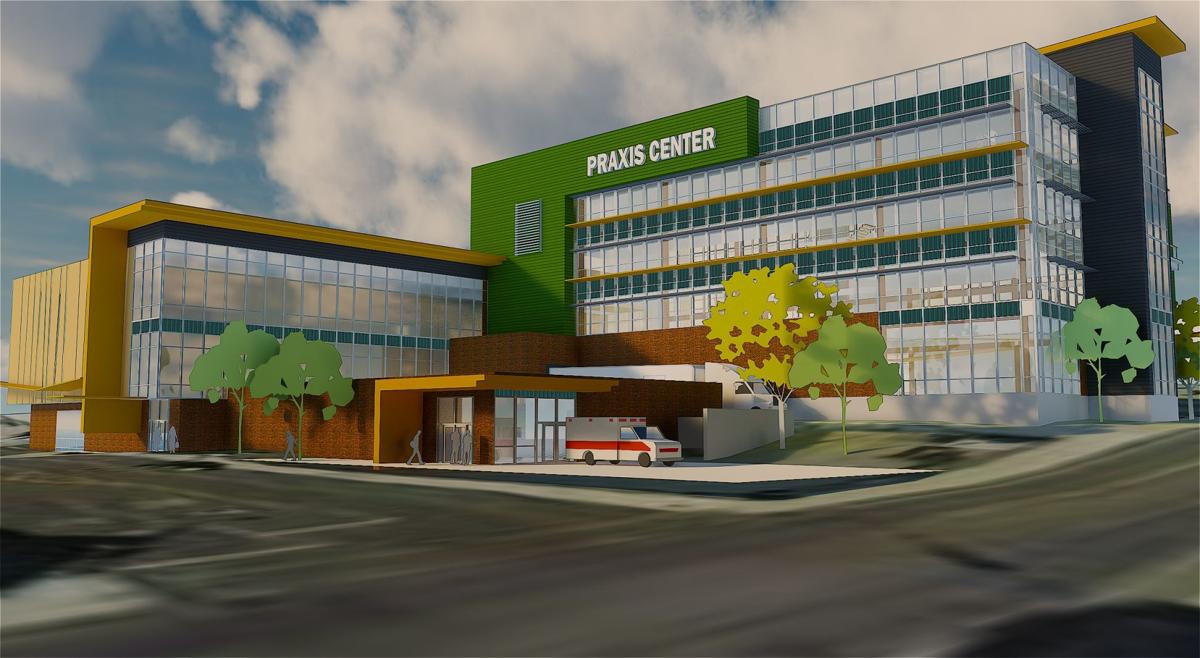 An architect's rendering of the Praxis Center, planned for the southwest corner of Park and Arizona streets in Uptown Butte.

A potentially game-changing Uptown Butte enterprise is finally poised for a huge breakthrough — with some key help from the SARTA board.

Butte’s Superfund Advisory Redevelopment Trust Authority voted last week to preapprove a $730,000 grant to enable the purchase of land for the Praxis Center for Innovative Learning, a rural healthcare training center to be built  on the southwest corner of Park and Arizona streets.

Ray Rogers, CEO of the Praxis enterprise, says the grant won't actually be used if all goes well. The preapproval of the grant is intended to reassure private investors who will fund the purchase of some 80,000 square feet of ground for both the building site and parking, south of the building site at the northeast corner of Arizona and Mercury streets.

The only way SARTA would actually grant the money is if the project is not successful and does not go forward in the next 18 months. At that time, the grant would be used to purchase the land from the investors, and Butte-Silver Bow would then sell it and repay SARTA.

But getting the land purchased, Rogers said, removes a key barrier. Based on the ownership of the land, the venture would qualify as an Opportunity Zone project under federal tax law, and investors would be able to get significant tax breaks if they put money that would otherwise be taxed as capital gains into the project.

Altogether, Rogers said, he expects to get some $34 million in financing — but only about 40 percent of that would come, at least initially, from opportunity-zone investors. The rest would be bank-financed. But, he added, because of the project's social impacts, it's possible some opportunity-zone investors might offer additional financing at a lower rate than that available from a bank.

But the biggest key, he said, is the land purchase made possible by the SARTA approval. "Once that's done, we expect the other pieces to fall into place rapidly," he said. "We believe our timing is excellent," as the Opportunity Zone tax laws are just now being fully implemented and many fund managers are going to be looking for truly shovel-ready projects.

Because the deal could involve Butte-Silver Bow getting land, the grant approval must be approved by the Council of Commissioners. The matter is on the consent agenda for next Wednesday's meeting.

Shawn Fredrickson, a commissioner and a non-voting member of the SARTA board, said he supported the arrangement.

"I think it's a great project for Butte and all the parties involved have worked really, really hard. It sounded like this was the final step to securing the rest of their funding," he said Tuesday. "It won't be the end of the world if Butte-Silver Bow government gets the property because no taxpayers are paying for it. It's coming out of the SARTA fund."

Fredrickson said the board met twice on the proposal and members asked detailed questions about the plan before approving it.

Commissioner Jim Fisher told the board last week that he also favored the deal.

He told The Montana Standard it was a good investment for Butte because the Praxis Center was a $35 million project that could mean 50 to 70 good-paying, full-time jobs and up to 35 part-time positions.

The board has doled out much smaller amounts of money for festivals and other projects, Fisher said, but this one has the potential to seriously "seed" the economy.

"I don't think we are going to find a more worthwhile project than this," he said. "Actually, Denver and Salt Lake would like to have the project but Ray and Pat (Dudley), before he died, had Butte on the map."

Fisher said the Redevelopment Trust Account earns about $500,000 a year in interest, and in the worst-case scenario, the county would get the land. It's worth more as a whole than it is divided up, he said.

"This may be the best corner that's left" in Uptown Butte "if you take the whole thing," Fisher said.

Rogers echoed that. "It's the only full block in Uptown Butte that is fully developable" — with no historic buildings to complicate a development deal, he said.

"From the day we get our funding," Rogers said, "Praxis could be open in two years" — he estimates in 2022.

The plan is for the center to provide high-tech medical simulation training for rural healthcare practitioners. Using latest-generation medical mannequins and imaging simulators, the company says it will offer more than 300 learning modules and simulated clinical experiences. Rogers says he expects the business will bring 5,000 visitors a year to Uptown Butte.

"This is a breakthrough step," Rogers said, "And we are very excited."

Things are ramping up at FCR in the Butte Plaza Mall.

An architect's rendering of the Praxis Center, planned for the southwest corner of Park and Arizona streets in Uptown Butte. 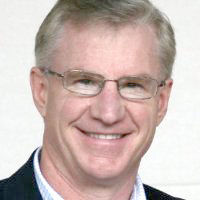