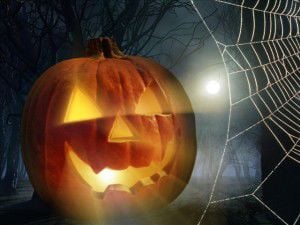 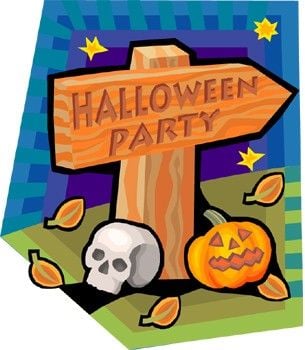 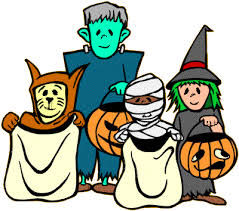 It’s that scary time of year again when Halloween ghosts reawaken and game trick-or-treaters and spontaneous ghost-hunters search for signs of the afterlife in Butte’s best haunts.

Revisiting Butte ghosts of Halloweens past is a time-honored tradition. Thanks to ghost archivist Ellen Baumler and assorted spooky sources, here’s a run-down of some Butte and Anaconda favorite haunts and hauntings:

Baumler, author of Spirit Tailings – Ghost Tales from Virginia City, Butte and Helena (2002), writes that an unnamed Archives worker reported seeing “an older woman, drying her hands on a dish towel, looking out over the parking lot to the street beyond.” Thinking she had imagined it, the worker stumbled upon a picture of the same woman in the window.

The east window sighting may have been Louisa Sanger, a grieving widow whose husband, Chief Peter Sanger, died after a fire truck accident. Typical of wives of fire chiefs around 1908, Louise Sanger appeared to be awaiting her husband’s return from a dangerous job. On Jan. 15, 1895, Butte lost 57 citizens, including eight children and 13 volunteer firemen, in the devastating Royal Milling Company fire.

Others in the Archives have heard alarm bells clang, but they were disconnected by the time the station was transformed into the current-day Archives while keeping many fire station elements intact.

“Those who work in the archives sometimes feel that the firemen never left, that they watch over their old familiar haunts downstairs,” writes Baumler. “Some even say they murmur down there in the darkness.”

Copper Bowl Café, Casino and Bowling Alley (now Copper City Bowl), 1500 E. Park, Anaconda – author Karen Stevens writes: “Soon after the death of owner Wilburn Johnson in 1990, staff began to see dark shadows in the bowling alley. The sounds of falling objects were heard as well as the clamor of someone running down the gutters of the bowling alley. A cook saw the figure of a woman reflected in a mirror although no one was there.” Source: “More Haunted Montana: Haunted Places You Can Visit If You Dare” (2010).

Dumas Brothel, 15 E. Mercury, Butte – Stevens writes that owner Rudy Giecek claimed the Dumas is haunted by the ghost of former madam Elinor Knott, who committed suicide in 1955. Supposedly, Stevens felt an unseen, reassuring hand grab hers when she was researching her book. Knott is just one of several ghosts who have been seen or felt in the old brothel.

Club 13 Bar, 13 W. Broadway, Butte – There have been reports of women’s voices and the scent of perfume in the second-floor pool room of what became a popular cocktail lounge after a millinery, a carpet warehouse and several saloons ran business in the same spot. Stevens writes that on occasion, the jukebox plays itself, often repeating the same song. “Footsteps have been heard crossing the ceiling, and security cameras have captured mist swirling near one of the pool tables upstairs,” writes Stevens. A city directory traces the building back to 1884.

Butte-Silver Bow County Courthouse, 155 W. Granite, Butte – Phantom footsteps, doors opening and closing on their own and an elevator “with a mind of its own” is how author Debra D. Munn describe the supernatural tales told in her “Big Sky Ghosts – Eerie True Tales of Montana,” volume one (1993).

After The Montana Standard ran a front-page story, “Workers say ghost haunts courthouse” on Halloween in 1991, reportedly the same ghost appeared to Gene Griffith, a night watchman whose various encounters with the apparition had been featured in the article. Griffith and several other employees reported hearing the strange footsteps and seeing doors open and close.

Those haunted spots are merely the tip of the iceberg in area phenomena and reported sightings. Time to hit the dark streets, legendary buildings and find out for yourself. Happy Halloween.

Expect perfect trick-or-treating weather today, with clear skies and temps in the 60s. See page A2 for more on the forecast and some spooky stories about the not-so-nice weather of Halloweens past.

Check out our ghoulish guide to activities around the region in TGIF. You won’t find a more comprehensive listing of Halloween events anywhere else. Whether you’re a tot or an adult searching for the best parties, we’ve got you covered.

Show off your costumes

Come to the Standard, 25 W. Granite St., for trick-or-treating between noon and 5 p.m. We’ll take photos of our favorite costumes and share them in an online gallery. Or, post your pics on our Facebook page or email editor@mtstandard.com.

The owners of Dumas Brothel in Uptown Butte are behind on a $67,000 URA loan, city officials said during a Tuesday morning Urban Revitalizatio…