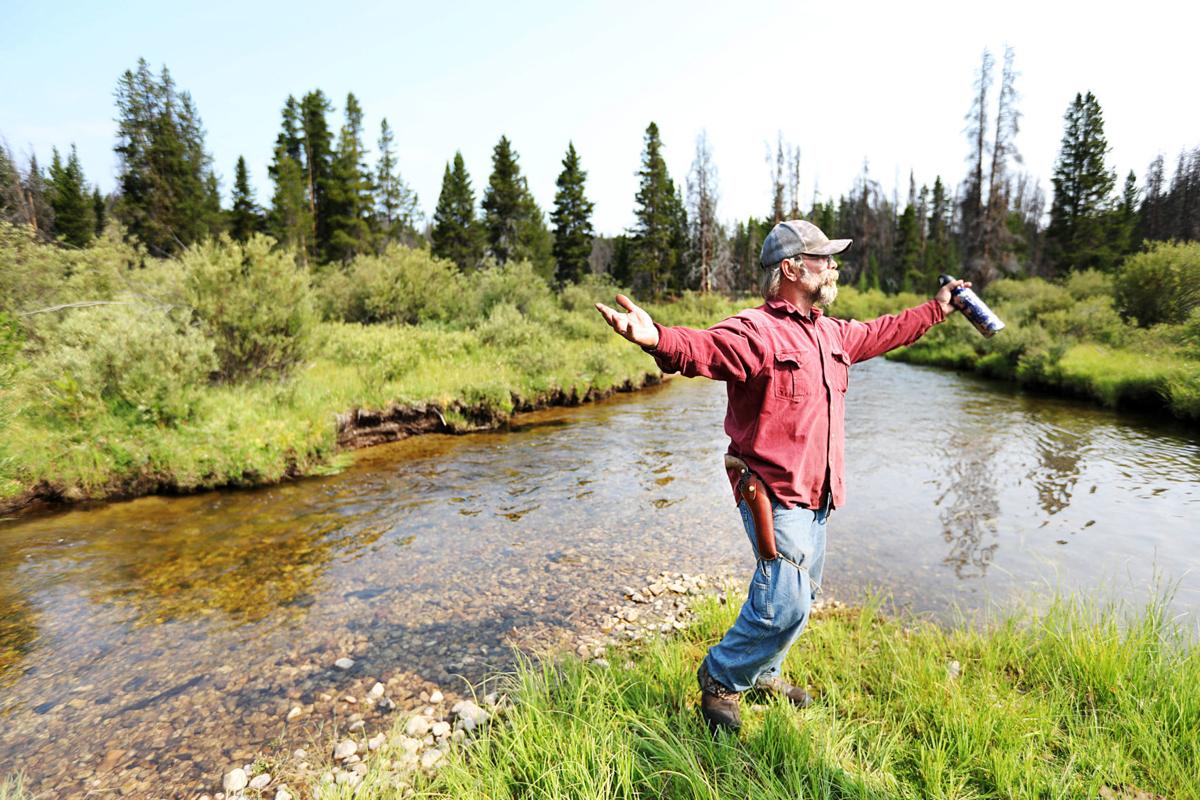 Range rider Chet Robertson stands on an island in the middle of Miner Creek in August in a remote corner of public forest west of the the Big Hole River, spreading his arms wide as he describes the 200-square-mile area he covers for the Big Hole Watershed Commission. 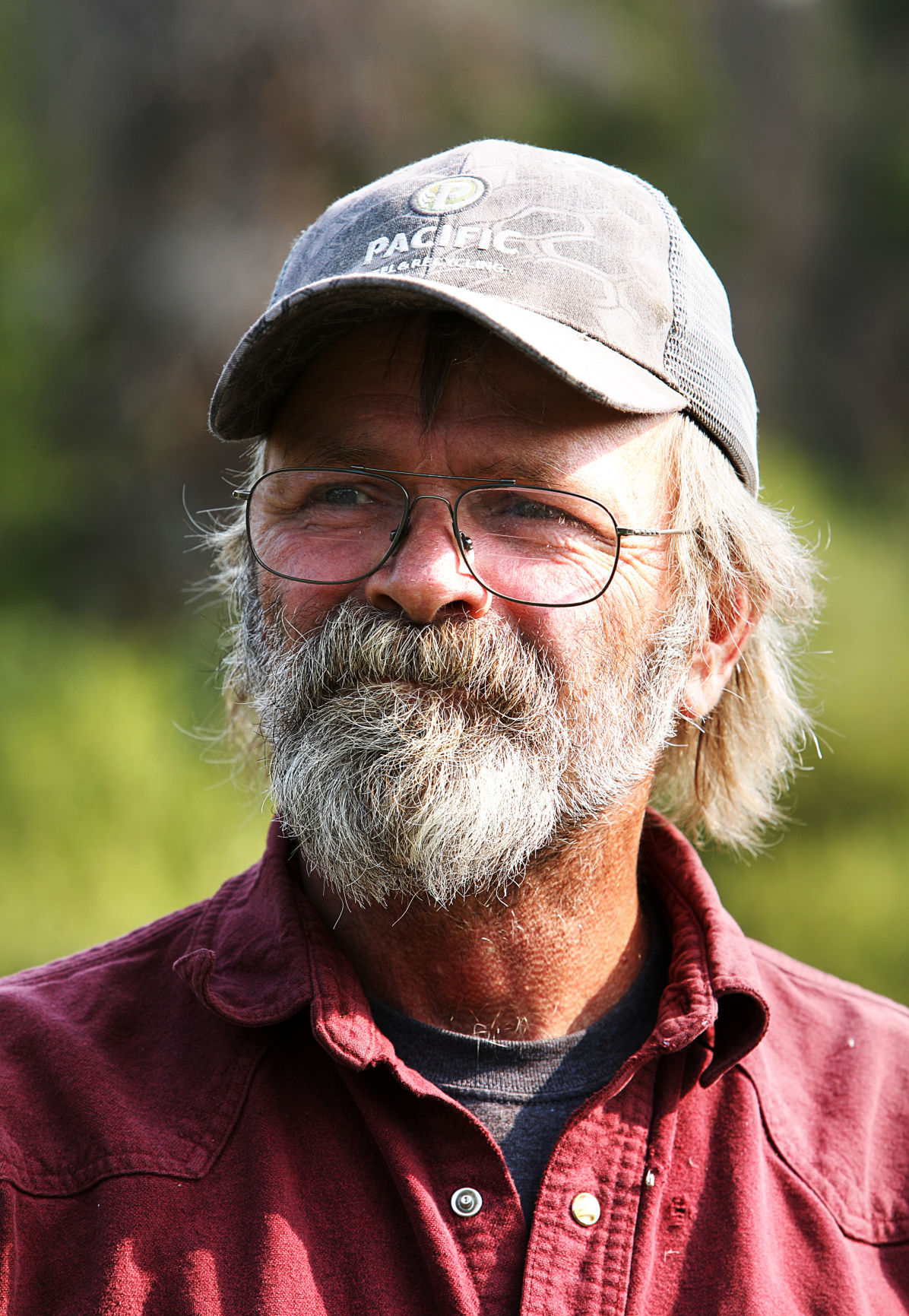 Chet Robertson, a range rider working for the Big Hole Watershed Commission, tracks wolves and other predators while keeping an eye on cattle that graze on seven U.S. Forest Service allotments. 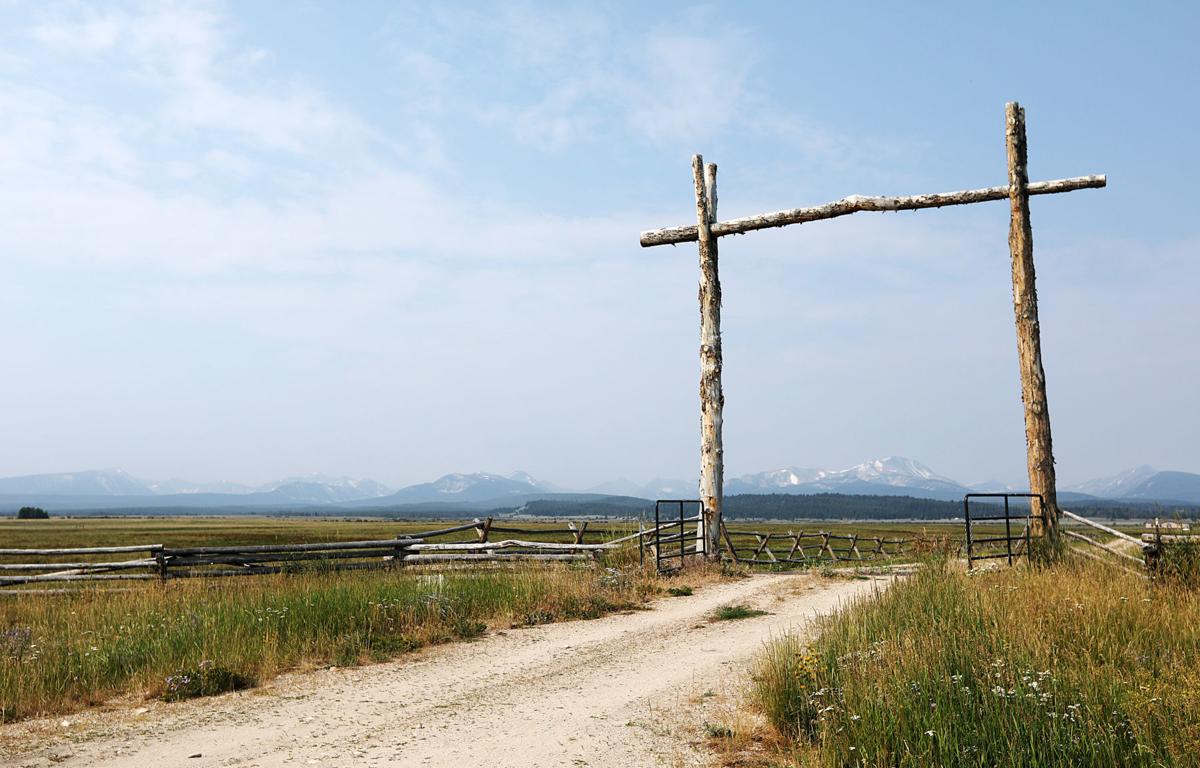 JACKSON — Chet Robertson found the spot he was headed to on a recent morning by doing what he’s done six hours a day, July through September, for the last eight summers: following wolves.

The wolves that led Robertson here, to a little island made by the braiding of Miner Creek, on the west side of the Big Hole, had cornered some elk and wounded one of them.

“But they headed right down this trail here,” Roberston says, “so off I go.”

A range rider hired by the Big Hole Watershed Commission, a Divide-based conservation nonprofit, Robertson’s job is, at its core, profoundly simple.

“I want the wolves to know I’m here, and I want them to know I’m here because of them,” he explains. “I want them to know that my whole world revolves around them. You have to get in their psyche. They’re very neophobic. … I think they’re always just, ‘Where is this guy and what’s he doing?’ I think it just makes them freak out, and they move. They never stay anywhere very long.”

That’s important, Robertson says, because when the wolves are harried, they are less likely to prey on the cattle that graze on the seven Forest Service allotments that he’s tasked with riding and which span an approximately 200-square-mile area.

Those cattle belong to the eight area ranchers who participate in the BHWC’s Upper Big Hole Range Rider program, allowing Robertson to ride among their grazing cattle and do his best to keep wolves, grizzly bears, and mountain lions at bay; to help confirm the cause of depredation when it does happen, so that ranchers are eligible for compensation; and to otherwise keep an extra eye on cattle as they roam through a forest increasingly populated by predators.

While wolves and bears had been removed from the area — and much of the West — by the mid-twentieth century, reintroduction programs have brought them back to a growing range that includes the Big Hole and spans large sections of the northern Rockies.

And as predator populations have flourished, so have tensions between the environmentalists who spearheaded their recovery and the ranchers who do their best to make a living by raising livestock that sometimes serve as these animals’ prey. That’s where Robertson’s seemingly simple, apparently animal-oriented job becomes a lot more complicated and a lot more about people.

According to Robertson, the larger “mission” he’s pursuing when he’s seemingly just tracking animals through the woods is tamping down tensions between those with opposing views on the revival of wolves and bears.

On one side, he says, are those who want to kill all the wolves. On the other side are those who want no wolves to be killed. He calls the former group “out of their freaking minds” and the latter “ridiculous.” He locates himself “in the middle.”

“I would rather the wolves weren’t here,” Robertson says. “However, the wolves are here. … We’re never going to be rid of them again. Let’s try to get along with them to reduce the conflicts.”

The need to accept the fact of the wolves while being realistic about the need to manage their populations derives from changes in habitat, according to Robertson.

This is an imperative that Robertson has taken almost literally since 2011, the year the BHWC initiated the range riding program and a group of participating ranchers picked Robertson for the job from his post at the Jackson Mercantile, then a “failing business” he owned and operated with his wife.

Since that time, the 57-year-old Wyoming native has become deeply engrossed in his work — and in the wolves he follows.

“My whole world revolves around pieces of media that will hold a wolf track,” Robertson says. “I know where every piece of media in this country is. I’ll drive a mile out of my way to go look at 5 square feet of dirt, because it’s in a good place and it’s good dirt and it will tell me, 'Were wolves here or were wolves not here?'”

This commitment has made Robertson extremely knowledgeable about the local wolf population.

He tells detailed stories about intimate facets of their lives: “There was one particular wolf in this bunch that had three legs, which is very rare. Wolves usually don’t tolerate slackers. If you can’t make food, you are food. So we kind of assumed that this was the alpha bitch or a pet to the alpha bitch — a favorite child.”

He has developed novel theories about how they hunt: “When you think of a pack of wolves attacking an animal and taking it down, you think of the mob climbing all over them and everything. I think, more often than not, that’s not the case. You see it all the time. They’ll just go and bite it. And their mouths are so filthy that in two days, three days, it’s dead (from infection) — and they’ll just come back and find it, eat it then. You don’t got to worry about getting kicked or anything.”

But for all he knows about the wolves, Robertson isn’t positive he’s helping keep them away from the livestock: “It’s a really hard thing to quantify, the effectiveness of what I’m doing.”

George Edwards, the executive director of the Montana Livestock Loss Board, a state agency that works to prevent depredation and to compensate ranchers when it occurs, says that while it’s hard to prove, it’s easy to see that range riders “can have a big impact on a rancher’s bottom line and help them be more productive.”

In the Big Hole, in particular, Edwards says there has been “a steady decline in the number of confirmed death losses.”

“We don’t have any scientific data, but just from a claims perspective, we’re seeing that there has been a decline, and we’re not seeing the claims that we used to,” says Edwards, whose agency helps fund the $15,000-a-year BHWC program.

While he says Beaverhead County has traditionally been one of the state's leading counties for depredation, there has been only one confirmed loss — a cow, to a wolf — so far this year.

Similar programs have shown similarly strong results around the state, according to Edwards, and a growing number of ranchers are seeing the benefits of range-rider programs.

“It’s not just riding around the pasture and saying there’s wolves in the area,” he says. “It’s that early detection. It’s moving the animals to create a distance between them and the predators.”

In the Big Hole, participating rancher and BHWC governing board member Dean Peterson agrees that it’s “hard to quantify” Robertson’s impact on depredation rates. But he says Robertson is highly skilled at his job: “He can track an ant through a desert.” And whether or not he helps reduce predation, Peterson says there are still advantages to having a range rider roaming the allotments.

For one, he says, it helps the U.S. Department of Agriculture’s Animal and Plant Health Inspection Service’s Wildlife Services Division determine whether depredation occurred, which has to be confirmed for a rancher to be compensated for the livestock loss by the agency.

For another, he says, the range rider program demonstrates that ranchers are doing their best to be “proactive” in dealing with wolves. As a result, when livestock are lost, Peterson says it helps demonstrate the ranchers’ good-faith effort and makes “environmental-minded” people “a lot more receptive” to ranchers taking lethal measures when they need to.

For Robertson, this kind of movement toward the middle is exactly where he hopes his hunt for wolves will lead him. And he seems to be getting somewhere.

“We’re trying to get along, and we are getting along at this point,” Robertson says. “(Is that) due to the riding program? Who knows? I like to think so.”

Between Saturday night and Sunday morning, the Goldstone fire grew by nearly 100 acres and remained zero percent contained, according to Beave…

They worked for the company, and they took care of each other.

Read through the obituaries published in The Montana Standard

On Thursday afternoon, Gov. Steve Bullock pulled up before the gates of Imerys America’s talc-milling plant in Three Forks and spent more than…

Range rider Chet Robertson stands on an island in the middle of Miner Creek in August in a remote corner of public forest west of the the Big Hole River, spreading his arms wide as he describes the 200-square-mile area he covers for the Big Hole Watershed Commission.

Chet Robertson, a range rider working for the Big Hole Watershed Commission, tracks wolves and other predators while keeping an eye on cattle that graze on seven U.S. Forest Service allotments.