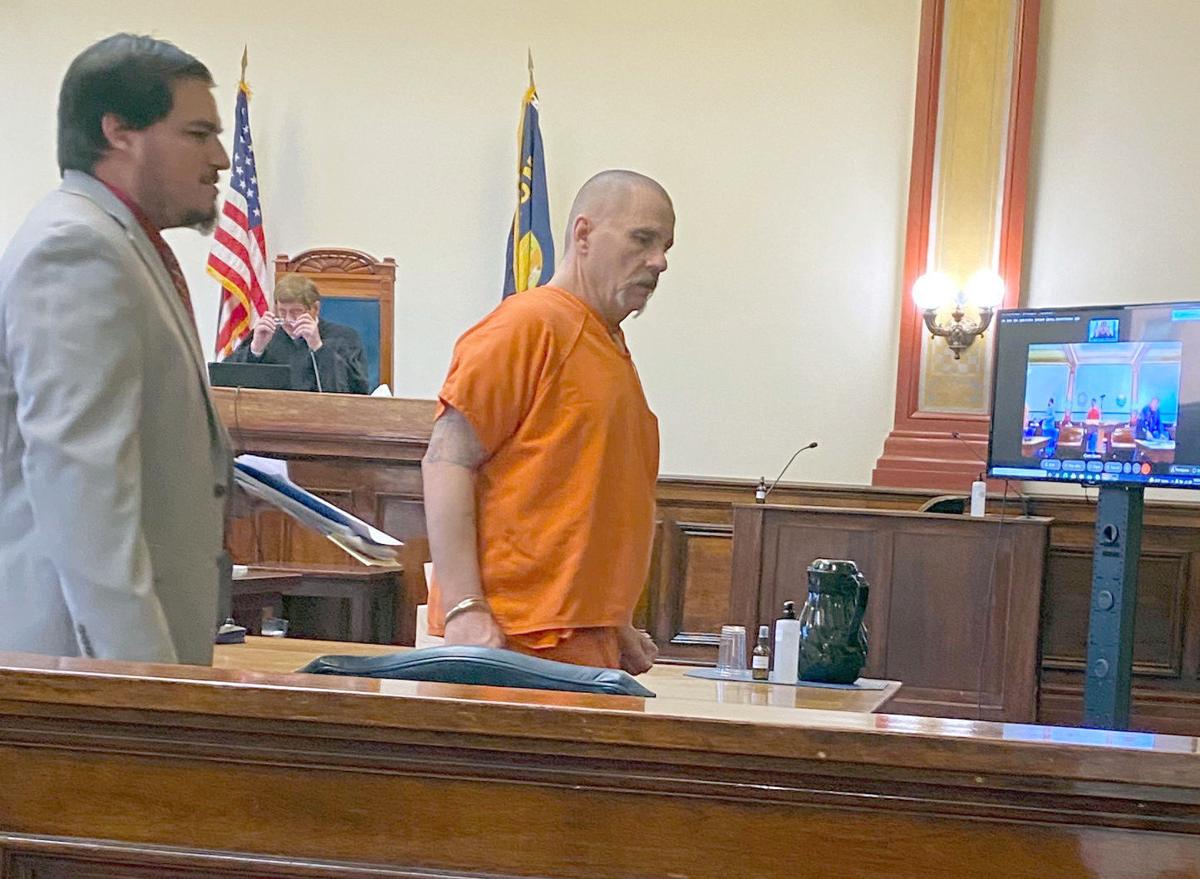 Richard Wayne Sparks, right, walks out of court with defense attorney Josh Demers on Thursday after he was sentenced to 10 years in prison for assault. Demers says a lifetime of trauma and mental health issues led up to a breakdown on the night of the crimes.

A man says he called 911 nine times and made other desperate attempts to get help before a mental breakdown over a “toxic” relationship resulted in an hours-long ordeal of assaults and fleeing from police in Butte.

But 58-year-old Richard Wayne Sparks also told a judge he took responsibility for his actions that night in September 2020 — pointing a pistol at his girlfriend’s head among them — with “humility, deep remorse and great shame.”

Despite his emotional statements and his defense attorney’s request for a slightly lesser sentence, District Judge Kurt Krueger noted Sparks’ lengthy criminal history and sentenced him Thursday to 10 years at the Montana State Prison.

Prosecutor Samm Cox also cited criminal history in recommending the terms Krueger imposed: 20 years at MSP with 10 suspended for assault with a weapon and five years for partner-family member assault, to run concurrently.

Sparks was recently sentenced to 10 years at MSP for violating probation terms tied to a theft conviction in Cascade County, and defense attorney Josh Demers was hoping the sentence in the Butte case mirrored that.

That has more time for credit served and would mean less time in prison, but the sentence in the Butte case will now take precedence, Demers said after Thursday’s sentencing hearing.

Demers cited numerous factors in seeking a lesser sentence, including sexual assaults that Sparks endured as child, a beating by police in Texas that forced him to admit to burglaries he didn’t commit, rapes in prison and mental health struggles because of all that.

Police say Sparks and his girlfriend lived together in Butte and on Sept. 17, 2020, he stuck a pistol in her eye and told her he was going to kill her. He also hit her in the face with the gun. He admitted to both when he pleaded guilty to two assault charges in April.

Over a period of several hours in Butte, he also allegedly pointed a handgun at a man in a bar while looking for his girlfriend, had run-ins with others, and while trying to elude police, crashed his pickup into a parked car. Several people reported hearing gunshots during the ordeal.

Before that night, Demers said Sparks had lived in Butte for several months, was working on his own business, had friends and mentors, money in the bank and was a volunteer with the Salvation Army in Butte.

In a sentencing recommendation he filed with the court, Demers included a three-page letter from local Salvation Army Director Tina Morin praising Sparks for his volunteer efforts, kindness and generosity. It ultimately led to a spot on the group’s local advisory board.

Demers also included a newspaper article about a $1.25 million lawsuit Sparks filed against the city of Lampasas, Texas and its police chief saying he was beaten during an interrogation in 1981 and forced to confess to burglaries he didn’t commit.

The newspaper story noted two former city police officers backed up the beating claims in court and it said while the FBI investigated, the police chief was given a leave of absence and later resigned. Demers says Sparks won the lawsuit but didn’t collect that much himself in damages.

But Demers said the incident left Sparks with physical and psychological trauma and “put a massive target on his back.” He continued to be in and out of trouble with the law as a transient in Texas that included time in prison, where he was abused and raped.

But none of the previous crime was violent, Demers said, and mental health issues and a relationship with a woman heavily involved with drugs led to the meltdown last year.

Despite that night, he told the judge, Sparks had never given up and with a lesser sentence, he would remain on probation and could get help for his mental health issues and integrate into society.

Sparks gave an emotional appeal that lasted more than four minutes — far more than most defendants speak — and asked for “an opportunity not to die in prison.”

He told the judge he called 911 repeatedly seeking help before losing control and also contacted a mental health provider and St. James Healthcare, but it was during the COVID pandemic and he received no help.

He said he knew he would leave the court with some form of punishment.

Cox, the prosecutor, said the sentence still gives Sparks a chance to turn his life around.

“Hopefully … he will take the opportunity to go to Montana State Prison and work on himself, get out and hopefully stop this cycle that’s basically happened to him his entire life,” Cox told the judge.

Richard Wayne Sparks, right, walks out of court with defense attorney Josh Demers on Thursday after he was sentenced to 10 years in prison for assault. Demers says a lifetime of trauma and mental health issues led up to a breakdown on the night of the crimes.