US downs Chinese balloon over ocean, moves to recover debris

There’s a new place on Butte’s south side where you can pull up a barstool, sit at the bar and have a beer with friends like you can at any other joint in Butte.

Only here, there are art-tenders, not bartenders, the banter and laughter is mixed with hums and whirs from handheld drills and sanders, and most folks who come in leave with wooden home décor or something more they’ve made.

At this Nailed It DIY studio, the first such franchise west of the Mississippi, most of the projects at first will entail wall art — various designs and signs that can say most anything, with personal touches if you choose. But the DYI (do it yourself) menu could grow.

“They do have specialty builds where you can make a planter or a recipe holder or you can make cornhole boards,” said Kelli Fivey, who opened her studio at 83 Sportsman Way. “We’re starting slow, so in the beginning here, you’ll see a lot more of the basic projects versus moving into the more complicated ones. But we’ll get there.”

Fivey has been a state prosecutor in Butte-Silver Bow for 15 years and that’s not changing, but given her nature, she was looking for something more.

“I’ve always been a super-crafty person,” Fivey said. “I’ve always loved to be creative and I can’t stand sitting still so I started researching different franchises. I didn’t really know what I wanted.”

She came across Nailed It DYI Studio, which began in 2014 as a concept by Misty Grant and Shannon Evans in Rock Hill, South Carolina. They summed it up in a 2019 story in Voyage ATL, an online magazine in the Atlanta, Georgia area.

“We are a DIY studio where clients come to create custom projects without the hassle of sourcing all the supplies on their own,” they said. “Imagine walking into a real live Pinterest board with every piece of DIY wall decor you’ve ever pinned right at your fingertips, only you get to choose the style and colors you love and create it with your own hands.”

There are now more than 30 Nailed It DIY studios — 11 in the Carolinas and others in states including Georgia, Florida, Pennsylvania, New Jersey, Tennessee, Kentucky and Wisconsin. And now there’s one in Butte, Montana.

“What really tipped me towards this one was, in the very end, I was going to get more control over it than other ones, especially with pricing options,” she said. “I wanted to be able to make it affordable to anyone. Even if you’re living paycheck to paycheck, you can still come in and do an affordable project.”

There’s all kinds of information about the studio on its website — butte.naileditdiy.com — including its hours, private and group bookings, youth parties and other offerings.

It’s also where you’ll find hundreds of projects to choose from, including those geared toward weddings, the seasons, infants and children, dogs and cats, the good ol’ USA and sports. There are projects that champion Montana and Butte, too.

Here’s how it works:

“Someone hops online because they know they want to come in,” Fivey said. “They browse the projects. They pick a project and they reserve their seat at the craft bar. What I do in the background is I receive that order, I cut the stencil, I cut the wood and I set up your stations.”

When you arrive, the materials are ready at your seat and you go to work staining, nailing, stapling, painting. All the materials and tools are on hand, including hair dryers to dry paints and stains quickly, and there are “art-tenders” to help you along.

They know their stuff, Fivey says.

“They literally have to know how to do the project from beginning to end,” she said.

You can order a beer or wine or soda or even an energy drink (kids especially love those, Fivey says) and there are chips and salsa, peanuts, candy and other items to snack on.

Fivey visited a Nailed It studio back east as part of her own franchise training and loved the atmosphere. It has played here since she had a “soft opening” a couple of weeks ago.”

“We had one group of four ladies who I’ve known for a long time,” Fivey said. “The whole time they laughed, they reminisced, they chatted. I sat them all together, which I think is important — that you’re sitting with your friends. It was so fun.”

The studio celebrated a “grand opening” this past Wednesday night and more than 50 folks packed the place.

Fivey and her husband, Bob Fivey, own the building on Sportsman Way, a couple blocks behind Walmart. It’s part of their business, Elkhorn Electrical.

Bob literally turned a large section of the building into the studio. The oak, U-shaped craft bar is solid, the lighting is bright with softer, hanging accents, and the place is dotted with the kinds of décor you can make and walk out with.

Kids are not only welcome, you can reserve times and projects just for them. Guys can come too, of course, and there’s a big hanging TV in the corner by the real bar as added incentive. Bob added that.

“I think the point of that was for football games so the gentlemen who get drug in here, if they don’t want to sit at the craft bar, they can definitely sit and watch a game and they’ll make their ladies happy just because they came with them,” Fivey said with a laugh.

A man accused of sexually assaulting a 12-year-old girl at a house in Butte 10 to 12 years ago pleaded guilty Wednesday.

The FBI and Homeland Security are investigating a highly sophisticated social engineering attack on Butte School District No. 1. 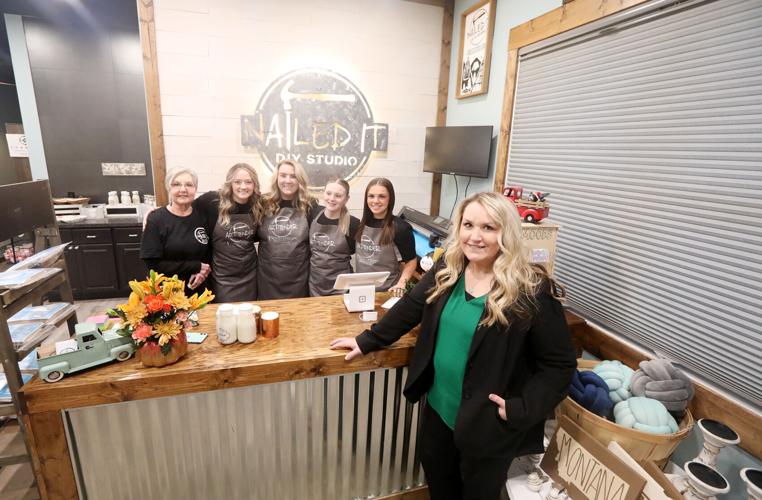 Kelli Fivey, owner of Nailed It DIY Studio, and her team from left, Brenda Johnson, Grace Gransbery, Courtney Cashell, Nevaeh Waldman and Kesley Fivey in the new shop during the grand opening on Nov. 16 in Butte. 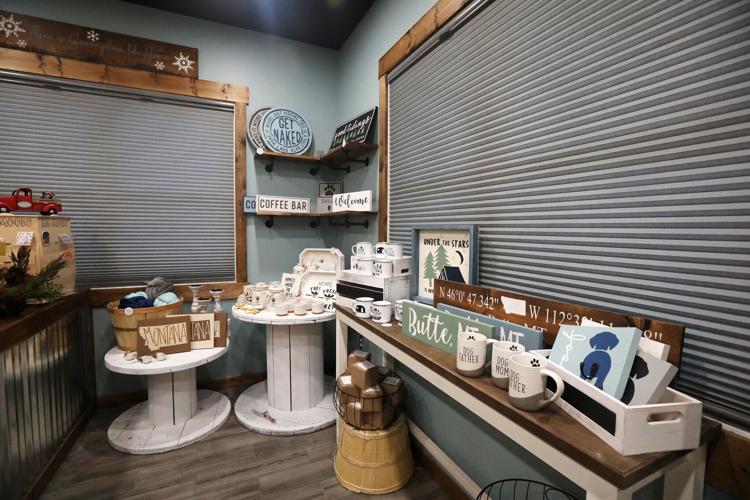 Nailed It DIY Studio opens in Butte on Nov. 16. This is the first store to open in Montana for the popular craft franchise and owner Kelli Fivey says the shop is a fun way for families, friends and local businesses to connect while creating crafts. 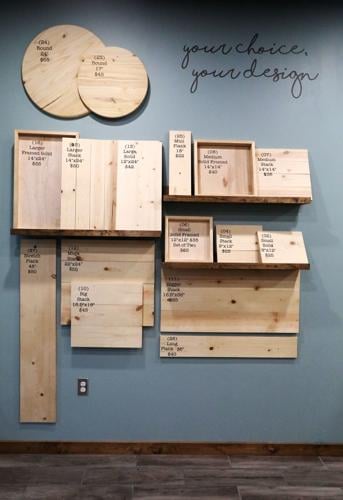 Customers are greeted with a choices to bring their craft visions to life as they enter Nailed It DIY Studio in Butte.