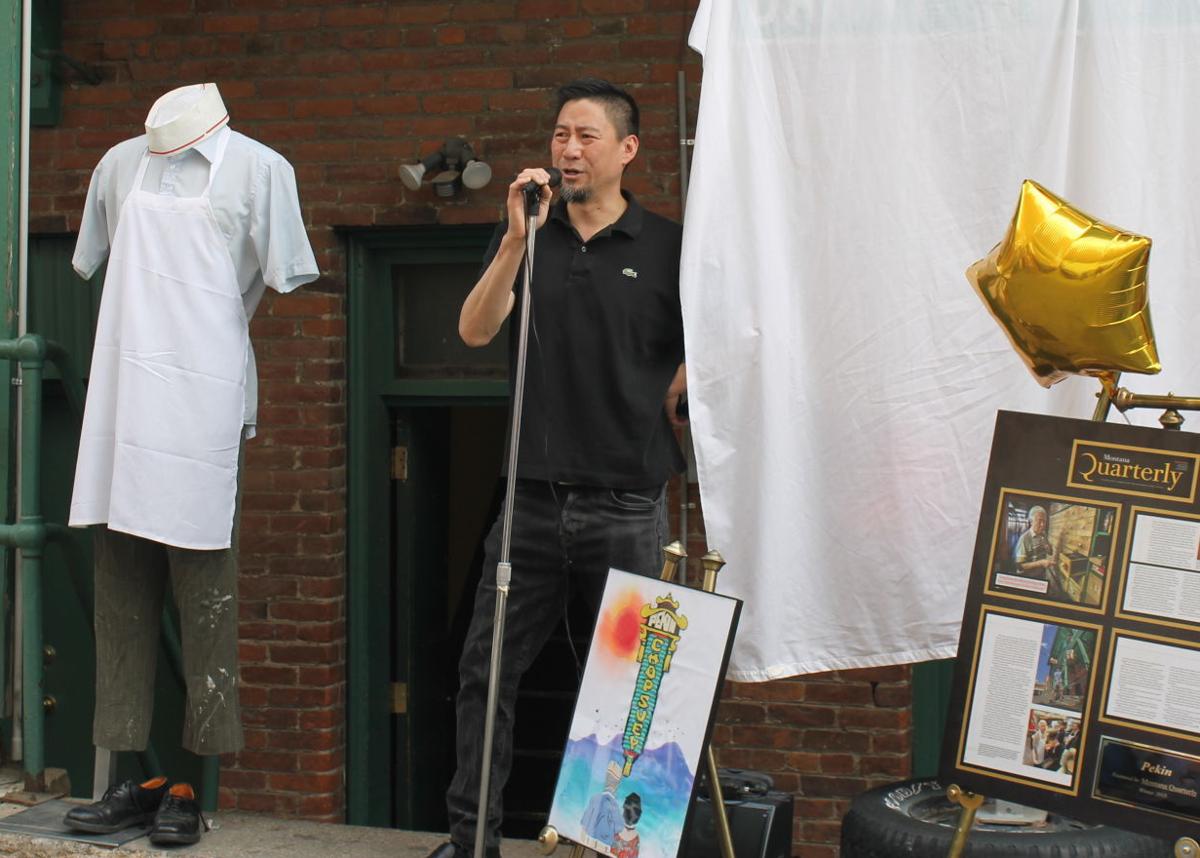 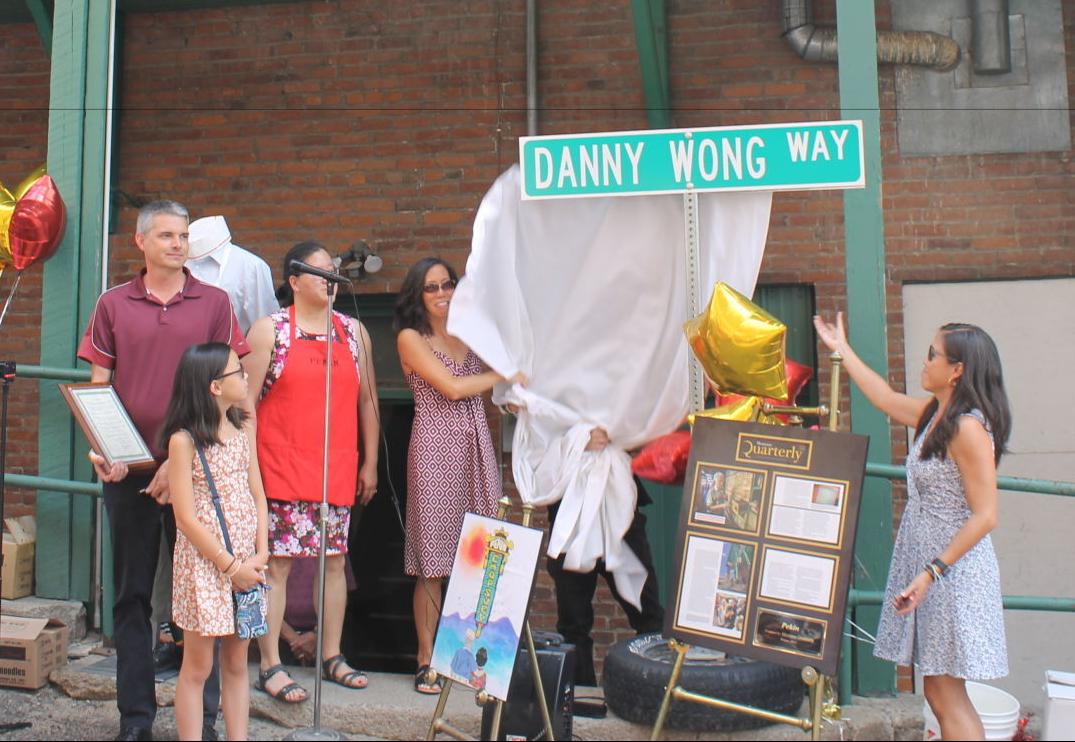 Over 100 people gathered Monday in the alley behind Pekin Noodle Parlor to celebrate the life of Danny Wong.

Wong, owner of the Pekin Noodle Parlor, died in November at the age of 86. His family was unable to hold a celebration of life until now due to COVID-19.

The event was emceed by Jerry Tam, Wong’s son and the next owner of the Pekin Noodle Parlor, the oldest continuously operating family-owned Chinese restaurant in the country. The microphone stood beside Wong’s everyday work clothes, a picture of Wong, and an article written about Wong in the Montana Quarterly.

Gallagher recalled coming to the Pekin Noodle Parlor since he was young enough to be carried by his mom. He declared July 20, 2021 Danny Wong Day and gave a plaque to the family recognizing Wong’s hard work, dedication and outstanding hospitality.

Wayne Halvorsen took the mic to recount the story of Wong’s friendship with his daughter, Annalyn Halvorsen.

When Annalyn was only 3 or 4, she marched into the kitchen and demanded a job. Wong gave it to her. Since she was there with her grandparents, Halvorsen wasn’t aware of this, and thought she was joking when she told him she worked there. Then at their next visit to the restaurant, she walked straight into the kitchen. It parted like the Red Sea for her as she fetched him some tea and soup.

There was always only one serving of hot and sour soup available. Halvorsen later found out that the soup was only served on Thursdays, but Wong always made sure to put aside one extra portion in the freezer for Annalyn.

Annalyn died in 2019 at only 9 years old. Tam said that she and Wong were probably in heaven together, looking down at the celebration and wondering why no one was working.

“Every politician that ever ran for office would come up here and discuss strategy with Danny,” said Wong’s friend Philip Milanovich.

According to Gallagher, Wong was a friend to everyone and treated everybody the same regardless of status, from politicians to shoe shiners. He gave a free meal to anyone who showed up in uniform, and the alley was bookended by an ambulance and police vehicles.

“The most famous person of all from Butte, Montana is Danny Wong,” Halvorsen said.

Deacon John Uggetti gave a blessing, and urged those assembled to pick something they admired about Wong to emulate in their own lives.

The speeches closed with the crackling of Chinese fireworks popping against the asphalt of Danny Wong Way.

Wong was born in Toi Shan outside of Guangzhou, China in 1934 with the name Ding Kuen Tam. He came to the U.S at age 14. He purchased the Pekin Noodle Parlor from his relatives who founded the restaurant.

The idea to unofficially rename the alley started with Tam, who wanted to do something special to honor his father, and had time to think about it as the coronavirus put off any family celebration. He brought up the idea to Gallagher, and the whole thing went off without a hitch. Now, a sign proclaims the alley Danny Wong Way.

“If you go up it or go down it, you’re going the Wong way,” Tam joked.

An Oklahoma man says it started over a Montana man’s slights about Oklahoma football and cowboy boots.

Stan Strizic stood Tuesday evening with a group of firefighters stationed near his home off the Pioneer Mountains Scenic Byway south of Wise River.

Robbery, attempted robbery in Butte may be related

An armed robbery and an attempted robbery in Butte over the weekend may nor may not be related, according to Captain Mark St. Pierre of Butte-…

Intercontinental Truck Body in Anaconda has made vehicles for U.S. Air Force bases all across the world. Now one of their Flight Line Tow Trac…