Forrest Fenn’s hidden treasure may have been discovered in early June, but that hasn’t stopped fortune hunters from speculating about where it was hidden.

When Fenn, a former art dealer from Santa Fe, New Mexico, announced the discovery he did not say who found his cache worth more than $1 million, or where they were from, other than “back East.” Fenn said the discovery was confirmed by a photo the man sent him.

Billings therapist David McFarland, in a June 10 Billings Gazette story, claimed he solved the riddle just before Fenn’s treasure was discovered. The location, he believed, was near Woodbine Falls along the Stillwater River in Montana. After listing his solutions to the Fenn riddle, which is meant to guide seekers to the treasure, McFarland said, “I dare anybody to figure out a better solve.”

A few folks took him up on his dare.

Alpine, Utah, grandmother Janet Kaplar believes she found the hole where the treasure had been hidden — a boggy area in northern Yellowstone National Park between Swan Lake and Mammoth Hot Springs, Wyoming. Using clues she found using Google Earth, an online mapping program, she arrived at the impression the second day that Yellowstone opened to travelers this spring. The park was closed for seven weeks due to the coronavirus pandemic.

“We’re old-timers to the area, but never went into the backcountry,” she said, instead often visiting in the winter to snowmobile.

Despite locating what she thinks is the indent where the treasure was buried, Kaplar remains skeptical. Maybe Fenn called off the search because of “all the craziness,” she said. Five people have died searching for the booty, and many more have required rescue after becoming lost or stranded in the Rocky Mountains.

Although some members of her family questioned her search, Kaplar said her grandchildren loved the exploration.

“I really hope that’s the case,” that someone found the treasure, she said.

Attorney Boyd Hill is certain he came close to finding the treasure last year on a foray into the Gardiner Basin, just north of Yellowstone National Park. Hill said the clues Fenn gave when viewed via Google Earth are like a pictograph, symbols painted by prehistoric humans to tell stories or recount visions.

Hill said Fenn’s riddle points to stories from Norse mythology. Using those clues, he tracked the treasure to an old mining area north of Gardiner in a drainage on the west side of the Yellowstone River.

“It’s a fascinating solve,” he said. “One that had a couple of wrinkles.”

One of the wrinkles was the presence of so many “wild critters” on the landscape, including wolves, cougars and bears.

Hill thinks he may have even met the person who found the treasure while exploring the area last year.

The story of the Fenn fortune appealed to Hill because his grandfather had given him books on treasure hunting he read as a child.

“I kind of felt like my deceased grandfather was urging me,” he said.

Two years after first reading about the treasure, during a trip to Yellowstone, he began his search and became more intrigued.

“I’ve seen a lot of these solves, and they are crazy,” Hill said.

Retired Greeley dairy worker Bill Dyrud got sucked into the Fenn treasure hunt after watching a YouTube video on the subject while “lazying in bed one night.”

Lining up Santa Fe — Fenn’s hometown — with the North Star led Dyrud to the Bighorn Mountains of Wyoming and its Medicine Wheel, an ancient ceremonial stone circle used by Native Americans for centuries. To Dyrud, the wheel marked the spot where Fenn’s poem said warm waters halt, the warm waters being tears shed by those coming to the Medicine Wheel for healing.

“He said it would be simple,” Dyrud said. “That’s what I came up with.”

Telling others was a way for him to get the solve off his chest.

Boulder resident Paul Klasky thinks the treasure was hidden near him, in the small town of Cascade, Colorado. The community is home to North Pole Santa’s Workshop, a themed amusement park.

In a letter to The Billings Gazette, Klasky wrote that Fenn’s poem “seemed to have the cadence of ‘The Night Before Christmas.’” Consequently, his reading of the clues are linked to Santa, including the passage that reads: “The answers I already know,” which he said refers to Santa knowing who is naughty and nice.

Cascade, Colorado, is about an hour’s drive from Santa Fe, Klasky noted.

So even with the reported solving of Fenn’s riddle and supposed recovery of the hidden riches, the mystery of it all continues to gnaw at treasure hunters. The Billings Gazette received emails from other seekers, including residents of Ohio and New Jersey who did not return calls seeking more information.

Was there ever a treasure? Did Fenn recover it himself because some hunters were getting close? If not, why is the person who found the treasure remaining silent? Are they afraid of being mobbed by the media or people seeking to swindle them out of their hard-found fortune?

We may never know. One Billings resident, who asked to remain anonymous, said he helped a man from Ohio find the treasure. It was buried in southwest Wyoming, he said.

Red Lodge resident Rex Buehring said his wife, Kasey, had hung Fenn’s poem on her mirror to analyze the clues. They believe the treasure had been hidden in the West Yellowstone region near the Madison River. Fenn never spent any time on the Stillwater River, Buehring said, but did spend time in West Yellowstone.

When news of the treasure being found spread, Buehring and his wife were disheartened. They had planned to return to the West Yellowstone area this spring and resume their search.

“Gosh darn, we had four or five people call us,” he said. “It was a letdown. I’m going to go out now and look for shed moose horns.”

He also searches for golf balls near his home next to the small town’s course. In his best year he counted more than 1,600 balls. One day he found 79. Given the price of golf balls, that’s a valuable treasure.

Planning to camp in Montana or Wyoming for the long weekend? Better have a reservation

If you were planning to camp at a Wyoming State Park over the holiday weekend, you better have a reservation.

A very large spider gave my son a surprise as he bent down to enter his tent on a recent camping trip to Fort Peck Reservoir.

A counterculture gathering on the Nez Perce-Clearwater National Forest intended to celebrate peace and inclusion is instead sowing the seeds of discord and division.

A California woman was gored several times by a bison on June 25 in Yellowstone National Park after apparently approaching the animal to take its photo.

Kris Millgate has been traveling like crazy lately. Her schedule is relentless, similar to the migrating fish she is following. 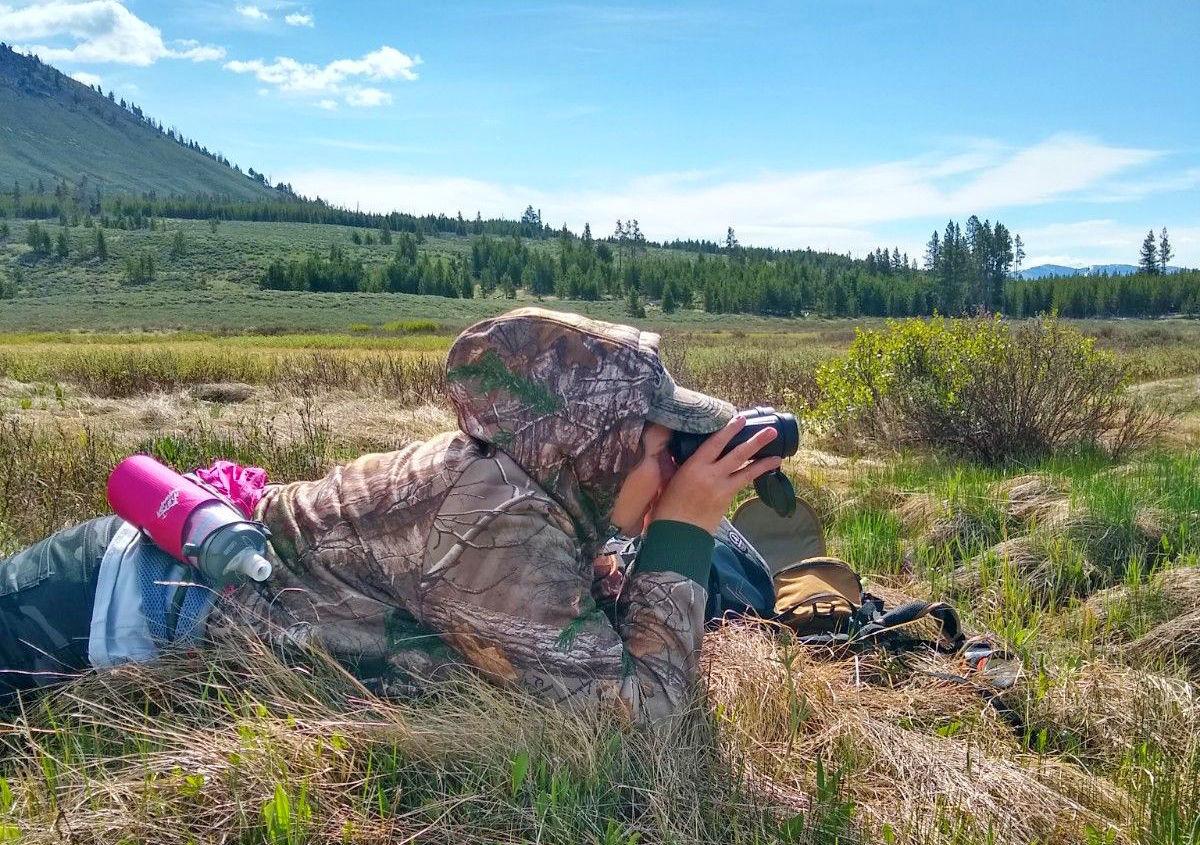 During a visit to Yellowstone National Park in early June, Utah resident Janet Kaplar watches an eagle through binoculars near the site where she says the Fenn treasure was buried. 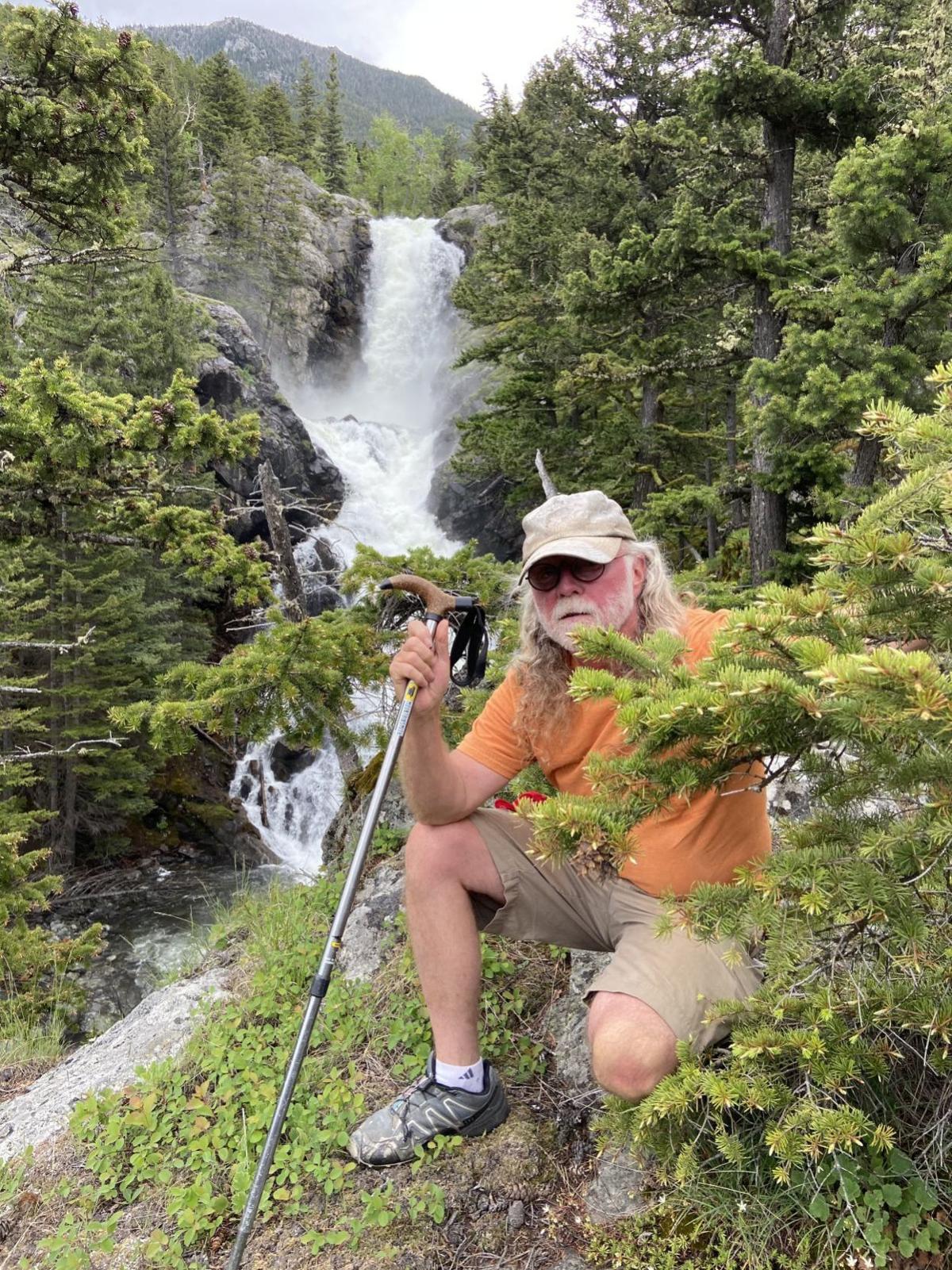 Dennis McFarland, a Billings therapist, believes he solved the Forrest Fenn treasure by deciphering the poem's clue leading to the treasure. Trouble is, he didn't get to the spot in time. 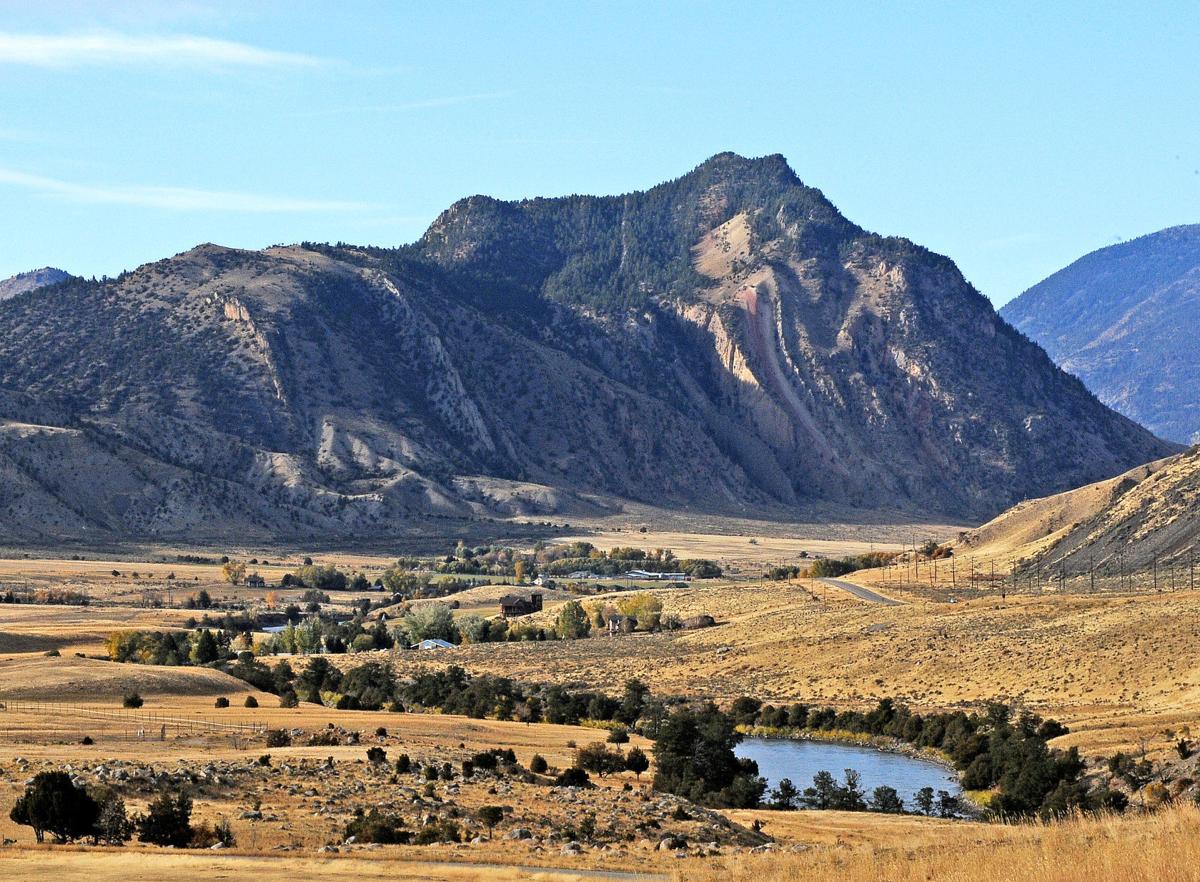