The market for fresh greens is being disrupted by a small, colorful assortment of European dwarf lettuce heads that are small in stature when fully mature. What they lack in size they make up in texture, flavor and remarkably dense foliage — along the lines of what you might expect from radicchio or even cabbage.

These miniature lettuce heads are sometime erroneously labeled as "baby" lettuce — the fact that one variety is named Bambi probably doesn't help clear this up, and that's probably intentional. Despite being full-grown lettuce, these heads nonetheless cater to the American appetite for babies.

Mini lettuce has been on my radar for about ten years, since I visited a Bambi farm in Kona. Since then I've watched the popularity and availability of these delicious plants take off.  Family farmers have been bringing them to market and selling them to high-end chefs.

Johnny's Seeds, one of the more popular seed suppliers to small and mid-sized veggie farms, sells a colorful assortment of ten mini lettuce varieties, including Mini Romaine, Mini Bibb, and others. According to the Johnnys' number crunchers, adding mini lettuce to a farm's offerings can be a good move financially. They can be planted more than four times as densely and have a 33 percent shorter growing cycle. Over the course of a 120-day period, Johnny's estimates, the same 10-by-4 foot bed could produce 120 full sized heads or 720 mini heads.

Despite being so amazing, mini lettuce can be difficult to find. My friend Mirella, a European mini lettuce-head, has a hard time finding them in NYC. Surprisingly, one of the more reliable places to acquire mini lettuce are box stores like Walmart and Costco, both of which carry "artisan" lettuce produced by California-based grower Tanimura and Antle (T&A).

According to taproduce.com, the original mini romaine seeds came from Europe, and growers with the company have been saving their seeds ever since. Last year T&A launched an offshoot, 3 Star Lettuce, a seed company that specializes in marketing mini lettuce seed to other growers.

Multiple varieties of mini lettuce are grown in alternating rows in the same fields, producing the spectacle of long green and red stripes across the landscape.  The crop is processed and boxed in the fields, sometimes with multiple varieties packed together in the same box. Field packing saves the lettuce a potentially hazardous detour through a processing facility. The fact that they are sold whole, rather than cut, is important from a food safety perspective as well.

When food is cut, microscopic particles that had been on the outside of food can be introduced inside. For this reason, some food safety experts will go as far as to request their water without a lemon slice when dining out. Inside the lemon peel it had been sterile and safe, but the knife may contain pathogens, as could the hand that holds both lemon and knife (with cooked food, precautions are relaxed considerably). Any time food is cut, the chances for contamination increase, which is why most food safety experts avoid cut or chopped bagged veggies like a plague of raw oysters.

The recent outbreak of E. coli linked to chopped romaine lettuce hammers this point home, and makes field-packed mini heads all the more attractive. The contamination is thought to have occurred in a packing facility in Yuma, Ariz., which handles lettuce from many different fields. Such places introduce myriad variables and opportunities for E. Coli to flourish; the chopping step quickly spreads the problem.

While cutting food introduces the possibility of contamination, it also exposes the cut ends to oxygen, which begins a downward slope of deterioration known as oxidation. Rust, fire, even rotting are all examples of oxidation in other contexts. In the case of lettuce it can mean discoloration, loss of water content (aka crisp), changes in flavor, and other steps down in quality.

In addition to the benefits of field packing and non-chopping, the mini lettuce plants themselves are also naturally dense in anti-oxidants and other compounds which extend the shelf-life of lettuce, and possibly the eater as well.

A 2014 report in the Journal of Food Composition and Analysis details the biochemical analysis of sixteen lettuce varieties from three general categories of lettuce. Seven varieties of Romaine, seven Little gem types, and two Mini Romaine varieties were analyzed and compared.

The research was done at the University of Murcia in Spain, which is the world's largest exporter, and third largest producer, of lettuce. The Murcia region is where most of Spain's lettuce is grown.

The team looked at the presence and composition of a number of classes of molecule, including organic acids, which impact flavor, phenolic compounds, which extend shelf life, antioxidant activity, which has both nutritional and shelf life implications, and others.

Big Romaine showed the highest levels of phenolic compounds, vitamin C and folate. Phenolics are great for shelf-life if the head is left whole, the authors note, but work against you when the plant is cut, as these same compounds will speed the browning process.

Mini Romaine had the most organic acids, aka flavor, as well as the most carotenoids and chlorophyll. Little gem, interestingly, presented the highest nitrate content, "...which can be considered a negative characteristic of this lettuce type," note the authors.

My local Costco has bags of T&A Artisan Organic Romaine, five heads to a bag, seven bags in a box.  I plucked apart a nice looking speciman and found 42 leaves inside, some as small as my thumb.

Sliced in halves or quarters, the dense, crinkly interior leaves are sponges for dressing. Left to my own devices, I do little more than dip wedges in a cup of dressing — I like olive oil (two parts), balsamic and cider vinegar (adding up to one part) and soy sauce (one part).

The size, shape and general beauty of mini lettuce also present the opportunity to serve mini lettuce in whimsical, striking ways. Load them like boats, with aioli and cubes of mortadella like my friend Mirella does, or drizzle wedges with your favorite Caesar dressing. Some people grill their mini lettuce, others just chop them up and toss themselves a salad.

And when the cutting is done at home, and under circumstances that you can control, slice and toss to your heart's content.

The layman's guide to eating thistles: Artichoke season has arrived

This is the time of year when artichoke fans have two reasons to cheer. The harvest has already begun in Mexico and the southern U.S., which m…

Tired of unevenly cooked asparagus? Try this tip from the world's oldest cookbook

The world's oldest surviving cookbook is a collection of Imperial Roman recipes, compiled around the first century A.D.

Springtime brings a change to garlic. Are you ready for it?

Until further notice: if you purchase garlic, prepare to purchase sprouted garlic. The end before the beginning is in sight.

Mirror-what? A basic veggie base for exceptional soup flavor

Spring is finally in the works, but winter isn't done yet. The local produce gods confirmed as much last weekend at the winter market, where I…

What do green smoothies and pigs have in common? More than you might guess

“Hopefully they’re crunching,” whispered my pal Ken, as we walked toward his neighbor’s patio.

Poke — the Hawaiian version of sushi — takes the mainland by storm

Around half-past eight, in Naalehu, Hawaii, I walked into Shaka, the southernmost bar and restaurant in the United States.

No meal is more completely emblematic of America than the hamburger. No dish is found on more menus, grills and laps, eaten behind as many whe…

We are born into this world loving dandelions. We grow up playing with them, blowing seed heads and rubbing the yellow flowers on our faces. O…

A turnip by any other name: Unique root proves versatile

The words "salad" and "turnip" rarely appear in the same sentence, much less the same dish. After all, most familiar representatives of that b…

The summer solstice has sneaked by, again. Depressing, I know, but as our hemisphere prepares for its date with winter, there is no need to ov…

Montana wild game will always be my favorite flavor of protein. But when I find myself near the ocean, I sniff out the freshest, most creative… 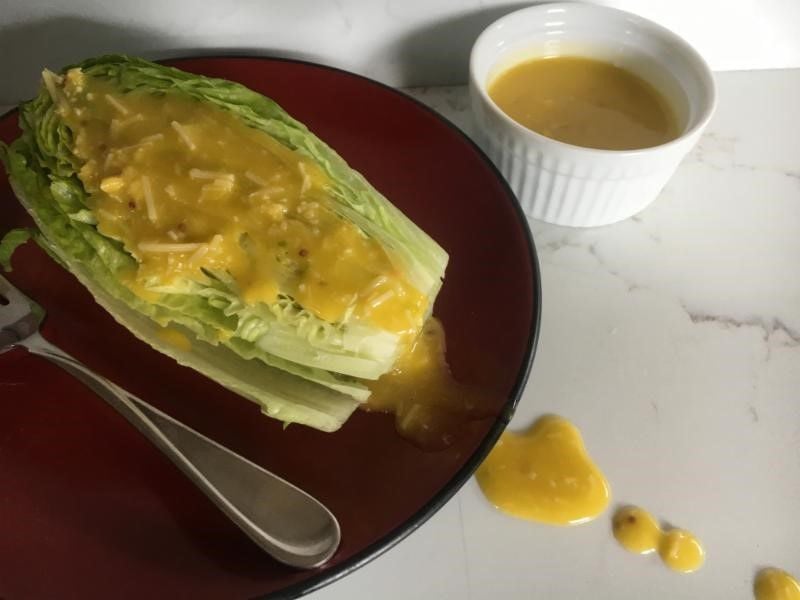 The dense interior of dwarf lettuce makes it great for a simple, flavorful dressing. 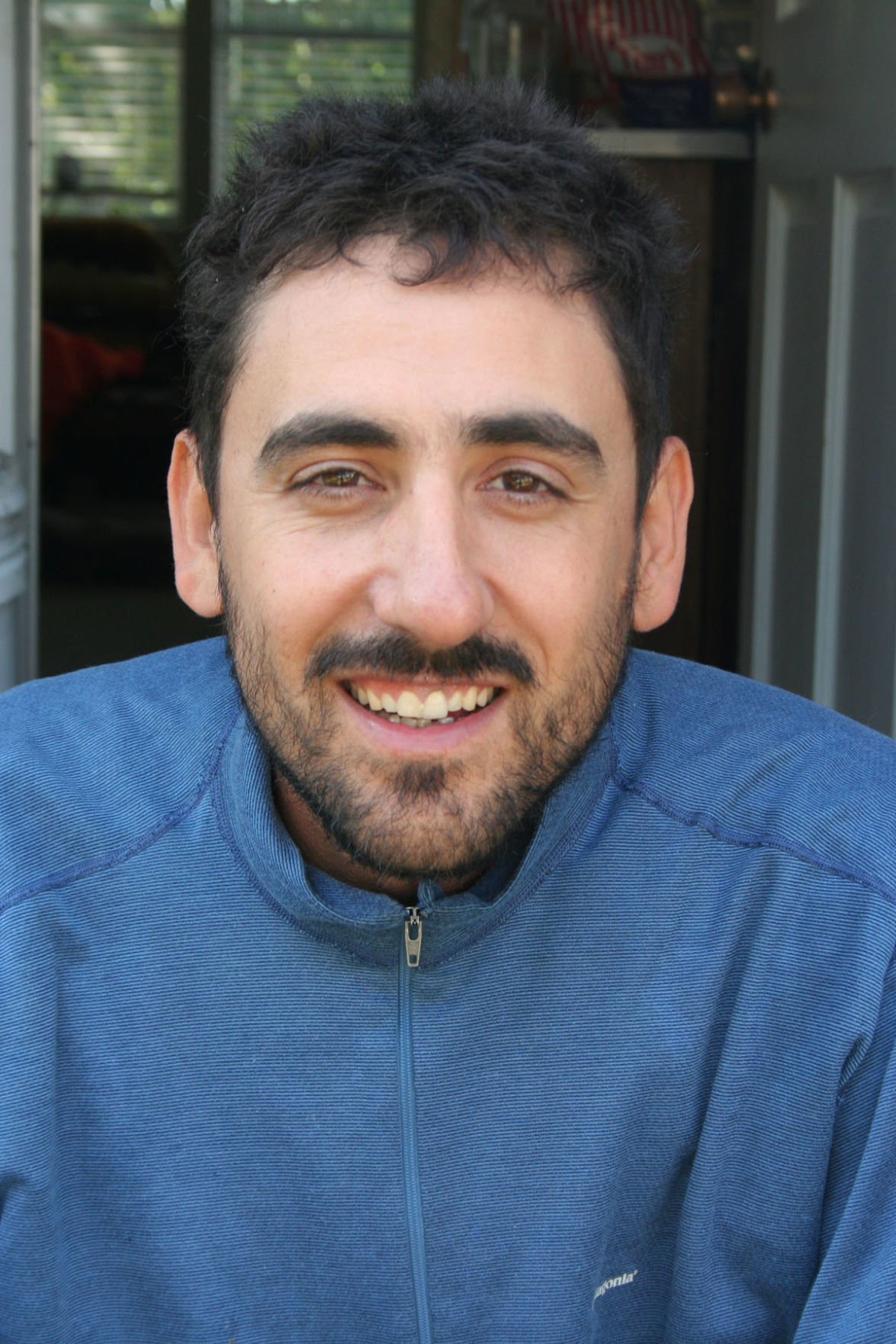