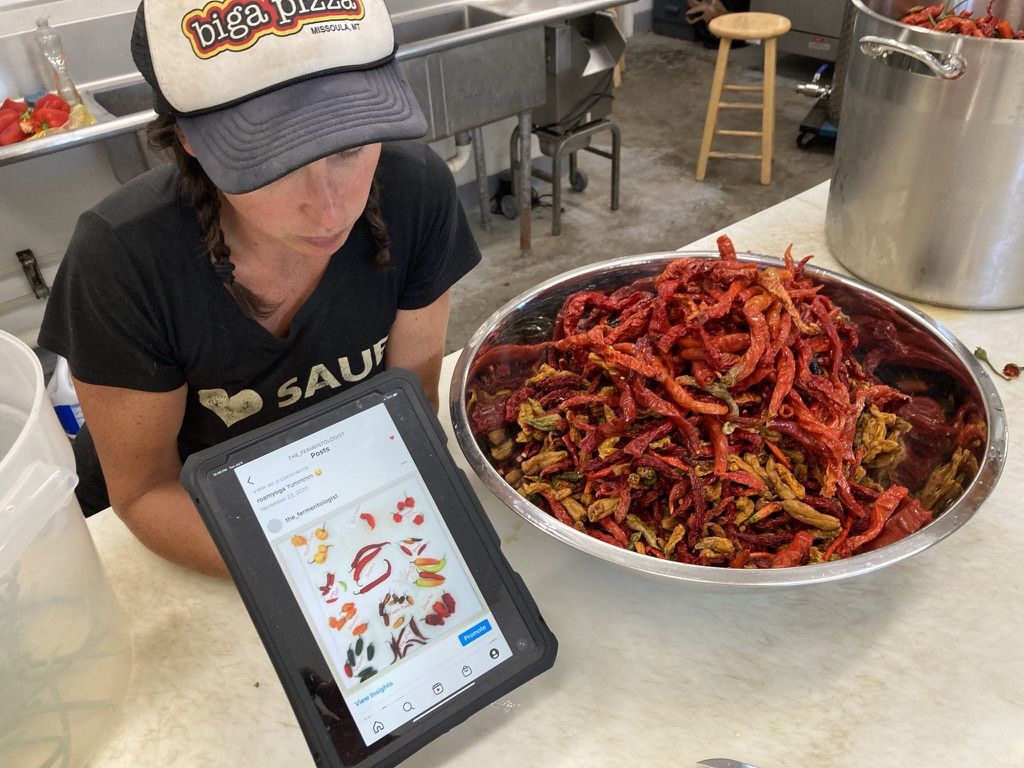 Erin Belmont divulges the proprietary mix of Mr. Sunshine peppers that go into her hot sauce. 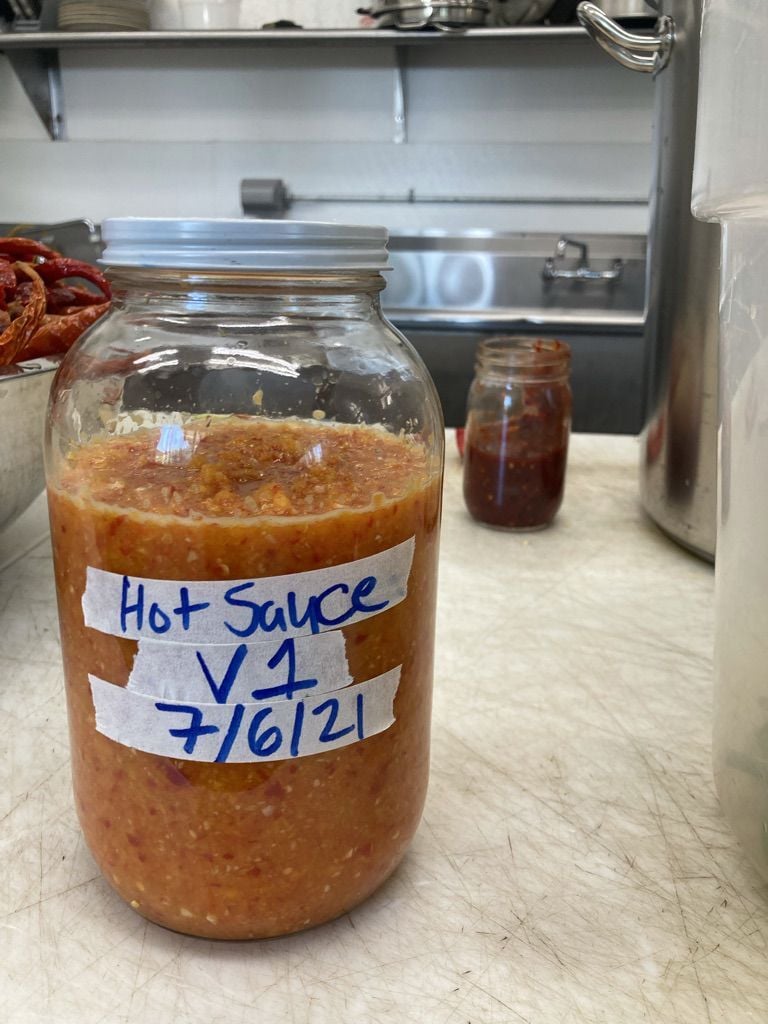 In the early days of human civilization, before there were canning jars, refrigeration and freezer bags, fermentation was the most common way to preserve food. To this day many of our favorite delicacies, including booze and chocolate, depend on fermentation. But a lot of home cooks and food savers, myself included, feel intimidated by the prospect. We’re more likely to make vinegar pickles than fermented sour pickles, in part because the rules are more clear with canning. There’s less sniffing involved. The word “ferment,” after all, also means “a state of confusion, change, and lack of order or fighting,” all of which apply to the fermentation behind your beer. It’s a fight between the microbes you want to win and the ones you want to die, and you tip the field in your favor, causing the change you want.

Conceptually, fermentation is the antithesis of most conventional food preservation techniques, as it encourages bacterial growth while most other techniques aim to create a sterile environment in a quest for suspended, lifeless animation. Fermented food doesn’t usually look anything like what it once did, but it’s very much alive with microorganisms. Inside these microbes are living enzymes that preserve food by transforming it, converting sugars into alcohol and acid.

There has never been a case of food poisoning from the fermentation of vegetables, I was told by Sandor Katz, a teacher and author and, first and foremost, a fermenter who is coming to Hamilton, Montana, to keynote a gathering of fermentation enthusiasts. “You could end up with a mushy texture that you hate, or end up with a surface growth that’s ugly and scares you, but there’s no case history of making anyone sick. I’ve definitely thrown stuff away. I’ve removed a top layer. But I’ve discovered that the bottom is fine. The surface phenomenon is almost always caused by oxygen.”

One of his newer pet ferments, Katz says, is a Chinese brine called Pao cai (pronounced “Pao tsai”). It’s made with spice mixes that vary region to region in China. Some of the seasonings are familiar, like ginger and garlic, and some are Chinese herbs that are less known, but certainly available at Chinese herb stores or online. Katz details this brine in his new book "Fermentation Journeys," which is based on his worldwide travels and the ferments he discovered along the way. Katz will be unveiling his Pao cai as well as other tricks this September in Montana at his first live workshop since the pandemic hit, and he’s excited.

The morels have stories

“It’s been wonderful to connect with people via Zoom given the circumstances, but food is all about flavors and smells and direct sensory experience, which isn’t possible when teaching remotely online.”

I barely know the basics of fermentation, though I’ve got pretty much every other preservation technique down, from blanching and freezing my green vegetables to the perfect pickled peppers, to any of my tomato products. But I’ve always avoided fermentation like some final frontier I wasn’t worthy or ready to breach.

To help get up to speed before Sandor shows up, I drove out to a local commercial food kitchen to meet Erin Belmont, a local fermenter and co-organizer of the Bacteria Bazaar. She was making a batch of pepper paste for her House of Ferments label of fermented products, and I was there to make my own batch of paste.

I’ve been a fan of fermented pepper paste since long before I knew it was fermented. My friend Pedro used to bring it home from Panama. Then I got some at a West African restaurant in New Mexico. When I tried some of Erin’s, I realized that the unmistakable flavor I’d fallen in love with was fermented. And after a few minutes in Erin’s rented kitchen, it was clear that preparing a reasonable-sized batch of Panama Hot Sauce is less work than making a salad on most days. With the caveat that, unlike a salad or most other dishes, a ferment needs to be stewarded for weeks after it’s been made, like carefully docking a ship in port. But slower.

First we cleaned and weighed some fresh habanero and mini yellow peppers. They were all I could find at the store in early July that wasn’t green or a sweet bell, both of which were off limits, she said. Erin herself was using dried peppers from last year, which she’d purchased in bulk from a farmer named Mr. Sunshine.

My peppers came out to 1,217 grams. We put them in a food processor with a few cloves of garlic, and added 24 grams of salt for about a 2% brine — standard for a vegetable ferment. “I’m tempted to add more salt,” Erin mused.

This leeway, this wiggle room, this ability to steer, steward, and even season your ferment and ultimately get it where you want it is part of the attraction, admits my wife, a solid fermenter herself. She recently used 2% salt and cabbage to make an absolutely perfect batch of sauerkraut. She also makes Jun Tea, a type of kombucha made from green tea and honey, and of course she has her sourdough, named Savage.

Angi Hronek, the other co-organizer of Angi and Erin’s Bacteria Bazaar, says they planned the event in hopes of giving people the confidence and tools they need to give fermentation a try, and also to learn some cool stuff themselves. Katz’s workshops on brining beyond sauerkraut and grain fermentation are just the beginning.

“I’m really excited for the tempeh making class taught by Dan Dean of Bouilla Restaurant, as I love tempeh and have zero idea how to make it. I’m also excited about the classes we have that build on each other, as I think they are an awesome opportunity to get fully immersed. The kombucha brewing class and kombucha cocktail mixing classes, for example, or the sourdough starter basics combined with souring grains and long fermentation for baking, and fermenting honey, and small batch wine, beer, cider, mead and more. I’m excited about them all… that is why we organized this!”

I returned home from the commercial kitchen with my activated pepper paste and set it on the shelf, with the lid loose so gas could escape as the fermentation began. I’d give it a gentle shake every day, because it seemed to want to separate into liquid below and pepper paste up top. Each time I shook it around it would foam a bit and then settle. After about a week I could taste the fermentation happening. It was promising, but evolving slowly, and I wasn’t happy with how it kept separating, and the daily shaking routine to keep the ferment active didn’t feel right. I added more salt, and things got right in a hurry. Within days, which is just a few moments in Fermentation Time, the separated pulp and liquid recombined into a homogeneous mixture. And the flavor became sharply more acidic, which made it more interesting and satisfying and useful.

The reason I was so stressed about my separating paste is that, to paraphrase Katz, oxygen can make things ugly at the surface of the ferment. If I hadn’t been able to get it to mix, my wife says, I’d have had to weight it down somehow or risk a bad outcome. She weights her sauerkraut down with a bag of water. “But what I really want is a boiled river rock.”

My pepper paste hasn’t separated since I added salt, but I can’t say it has yet hit full maturity. And I can’t say it’s ever going to reach full maturity at the rate I have been “evaluating” it, especially since adding the salt. Lately, I’ve enjoyed evaluating it mixed with mayonnaise and chopped fresh onions atop tomato slices. I don’t know what tomorrow will bring, but I’m sure it will involve that sour, spicy brine.

Code of the slaw

Watch Now: The best places to live in the US

Watch Now: How to live a healthy and active lifestyle

Watch Now: How to live a healthy and active lifestyle

Here are some things bartenders notice about their customers

Here are some things bartenders notice about their customers

Getting rid of zucchini

Zuchinni is plentiful this time of year. But there are ways to use it up.

Farmstands: from novelty to lifesaver

When COVID hit, the farmstand moved from being a novelty to a lifesaver. Farmstand sales shot up 500%, which more than picked up the slack from declining restaurant and market sales.

Erin Belmont divulges the proprietary mix of Mr. Sunshine peppers that go into her hot sauce. 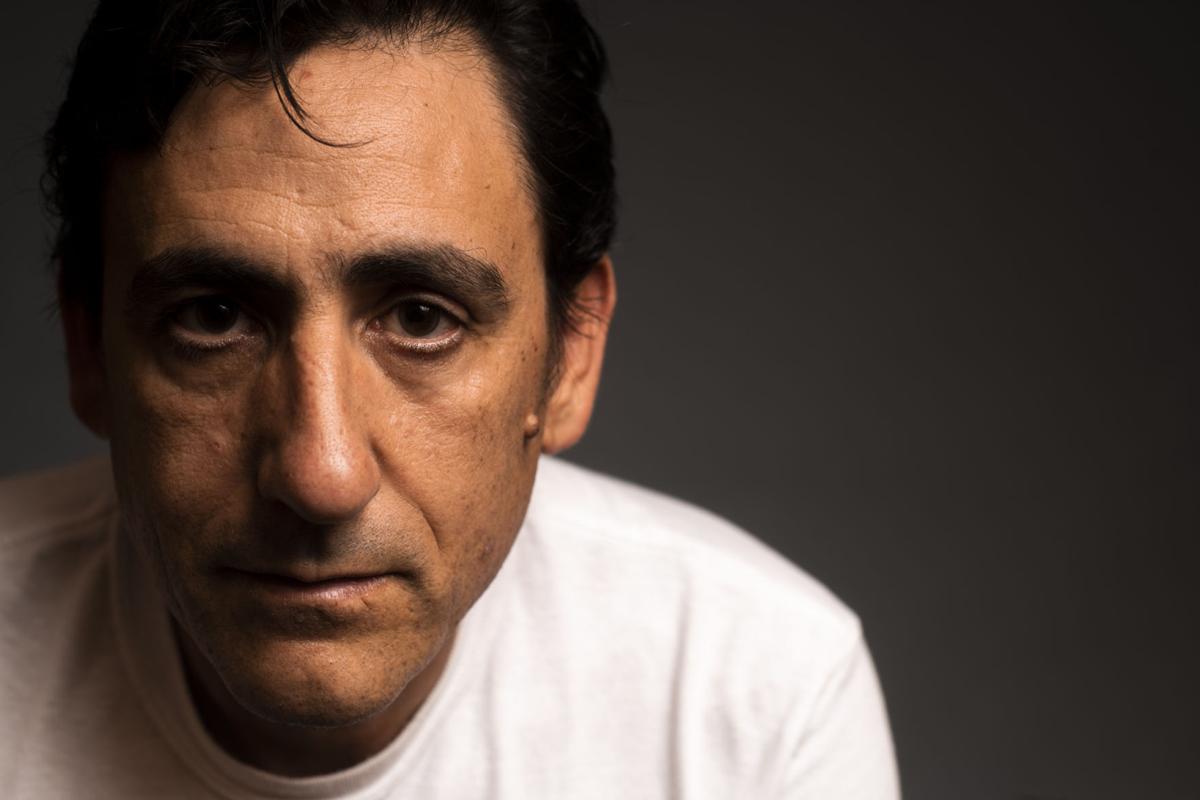