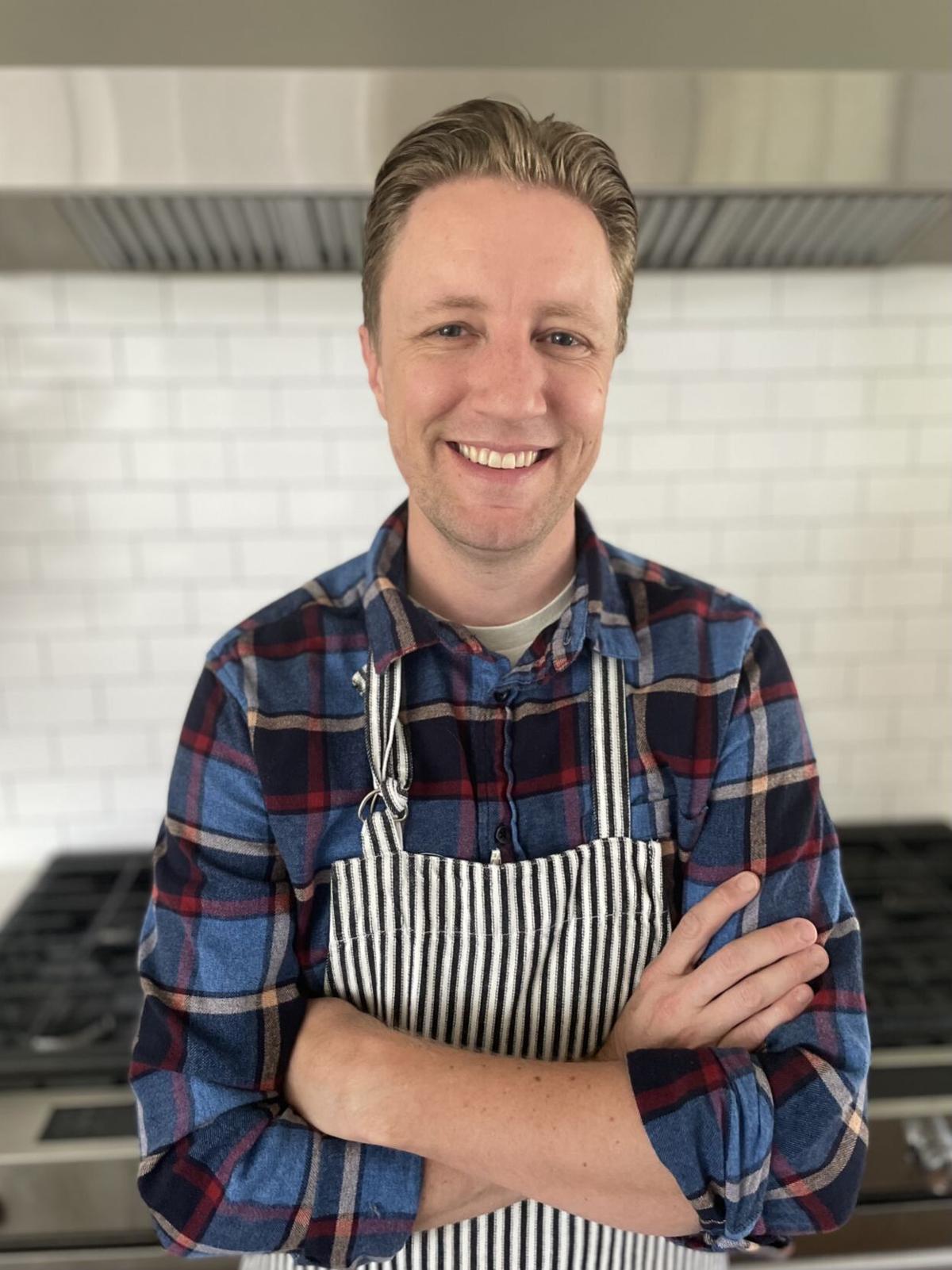 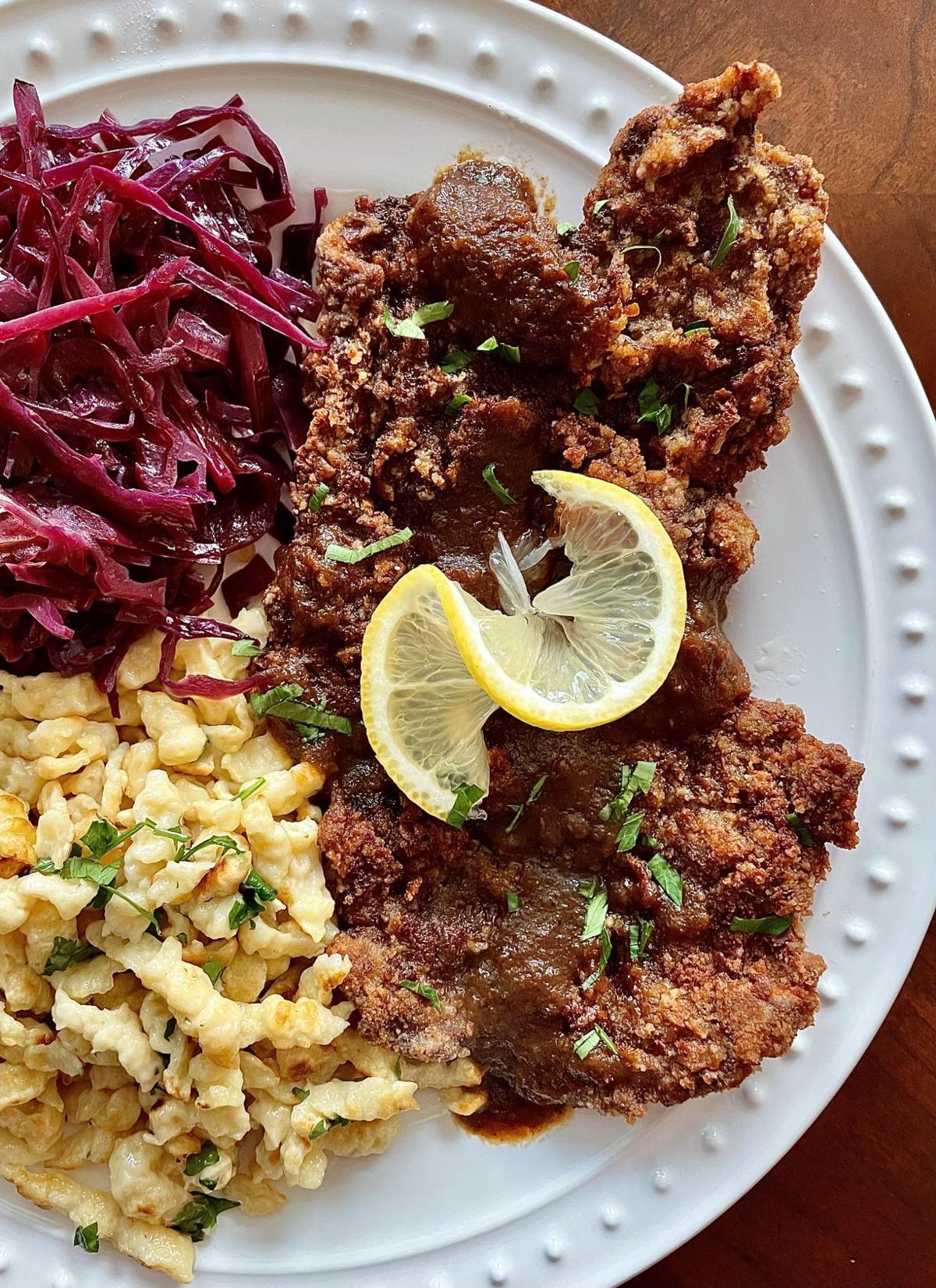 This particular recipe is not one you will find in cookbooks, but it’s a specially developed version of schnitzel that gives additional nods to the birthplace of the dish. 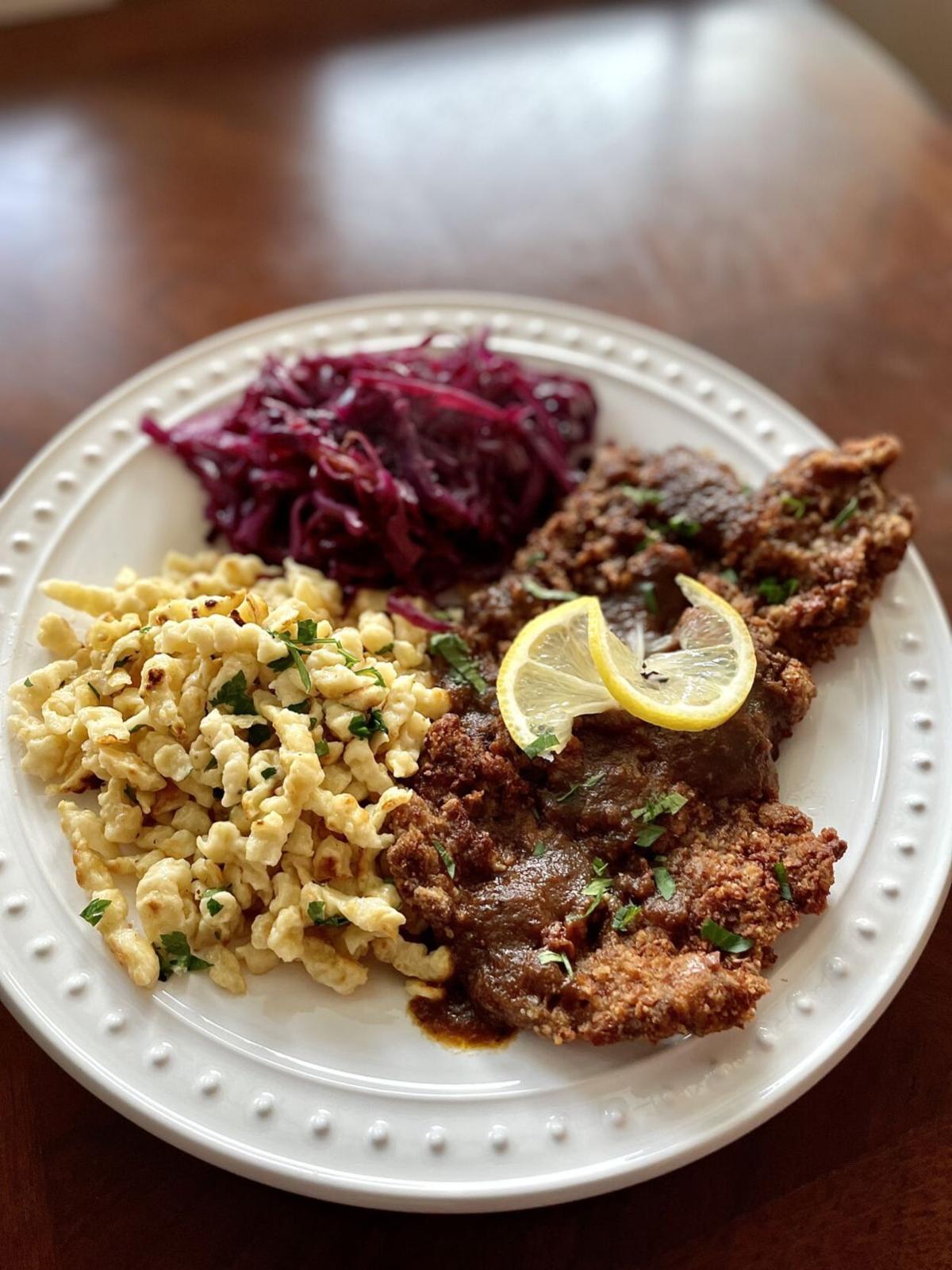 In Montana, you are far more likely to find a nice chicken fried steak on a restaurant menu than an authentic schnitzel. While these close culinary cousins share some similarities, it’s worth noting a few tasty differences that will have you frying up your own schnitzel by the end of this column.

“Weiner Schnitzel” is an Austrian dish popularized in the U.S. by German immigrants and is usually made with veal. Chicken fried steak was, by most accounts, developed in Texas by German immigrants working in cattle country and made from beef. Both dishes use a process to either thin and/or tenderize the cuts of meat and are breaded and fried. From there, the similarities mostly end.

Schnitzel is often thinner and has a larger surface area, making for a larger crust ratio. Because of the thinness of the meat, the crust stays crisper than a chicken fried steak. While veal cutlets are the traditional form, you can “schnitzel” any of your favorite cut of meat — pork, chicken, turkey, lamb or beef — and come up with a variety of toppings that don’t distract from the great flavor and crispy, crunchy exterior.

Germans brought this tasty dish with them when settling in Montana to become prospectors, miners, laborers in smelters, and building the state’s early breweries. But their numbers grew exponentially when the state actively recruited new arrivals to the U.S. to homestead in Big Sky Country. Both Germans from Europe and Volga Germans from Russia came by the thousands to own their very own piece of land in the American West. They brought their language, their culture and their food.

But it makes no difference if you trace your heritage to German ancestors or not. This particular recipe is not one you will find in cookbooks, but it’s a specially developed version of schnitzel that gives additional nods to the birthplace of the dish. These deviations happen during the breading station process, usually consisting of flour, then eggs, then breadcrumbs. In my version, I add a bit of whole grain mustard to the egg mixture for flavor, and I finely crush pretzels as a substitute for traditional breadcrumbs.

Getting the right thinness in meat starts with cuts that are already sliced no more than 1/2 inch, but preferably around 1/4 inch. From there using a rolling pin is the most ideal common kitchen tool to gently pound the meat even thinner while the cuts are situated in a Ziploc bag. The force from the rolling pin more evenly distributes the impact necessary to get a thin protein, rather than a meat mallet that can more easily tear or make holes.

Pulse your pretzels in a food processor. Take them out, sift the smaller crumbs onto a plate, and then re-pulse the larger crumbs until all you have are very small crumbs. Build your breading stations with three separate plates: a plate of the flour seasoned with salt and pepper; a plate with the two beaten eggs with the mustard, salt and pepper; and the plate of pulsed pretzel crumbs with pepper.

Pat the thinned meat dry with a paper towel. Season both sides with salt and pepper. Coat one piece of beef on both sides with the seasoned flour. Pat the meat a bit to get off excess flour, then put in station two, the seasoned egg mixture. Allow excess egg to drip off the meat before coating it entirely in the seasoned pretzel crumbs. Repeat for the other pieces of beef. Before the schnitzel is cooked, let the breaded meat rest for 15-20 minutes.

Fill a large frying pan 1/4-inch high with vegetable oil or another neutral oil and bring it to medium heat. Pan fry until the first side is golden brown. Flip and repeat. Serve topped with your favorite brown gravy and with either some spaetzle or mashed potatoes.

Jon Bennion is a native Montanan, born and raised in Billings. Outside of his day job as an attorney, you can find Jon experimenting in the kitchen and developing recipes that often feature a Montana ingredient or story. Jon posts on Instagram as Intermediate Chef (@intermediatechef) and lives in Clancy.

EatingWell: Sesame-ginger salmon will have you salivating for a scrumptious dinner

This quick sesame-ginger salmon recipe uses the sauce for both glazing the salmon and tossing with the broccoli. Serve over rice noodles or brown rice tossed with sesame oil and scallions.

Funfetti treats are simply the happiest dessert you can whip up in your kitchen.

Pistachio Brittle: The holiday gift to give

Pistachios always remind me of Christmas. So when I set out to make a simple seasonal Christmas treat that I make as a yearly tradition, pistachios had to be in the mix.

Don’t know a drupe from a legume? Here’s a handy guide.

Marsh to table: How the holiday cranberry graces our tables each year

Take a look at the history and future of cranberries, Wisconsin’s top crop, with a fifth-generation cranberry farmer.

Candied yams with marshmallows are a holiday side dish staple for everyone.

Cracking into pecan season with a second-generation grower

A top nut in the United States, pecans are as prosperous as they are tall at this Oklahoma orchard.

Americans have made some changes since working from home

Americans have made some changes since working from home

How to prepare if the power grid goes down

How to prepare if the power grid goes down

This particular recipe is not one you will find in cookbooks, but it’s a specially developed version of schnitzel that gives additional nods to the birthplace of the dish.