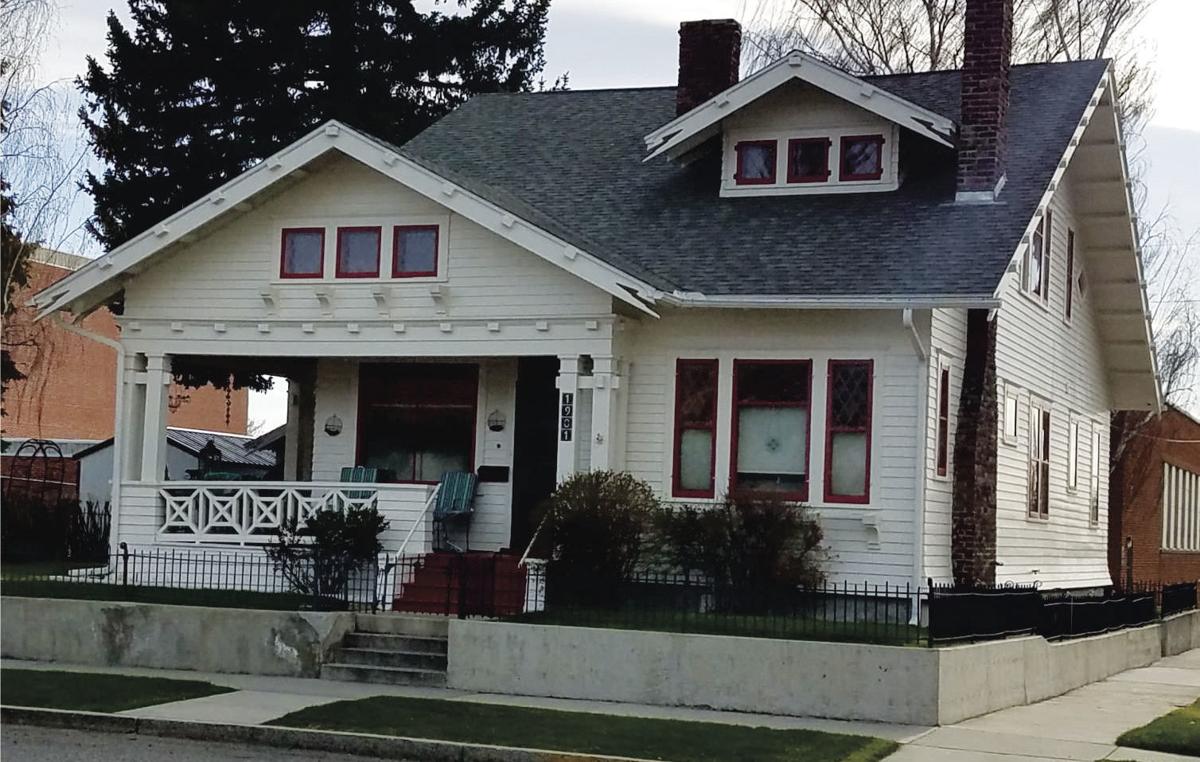 C. Victor and Ida Nordgard were the original residents at 1901 Garrison St. 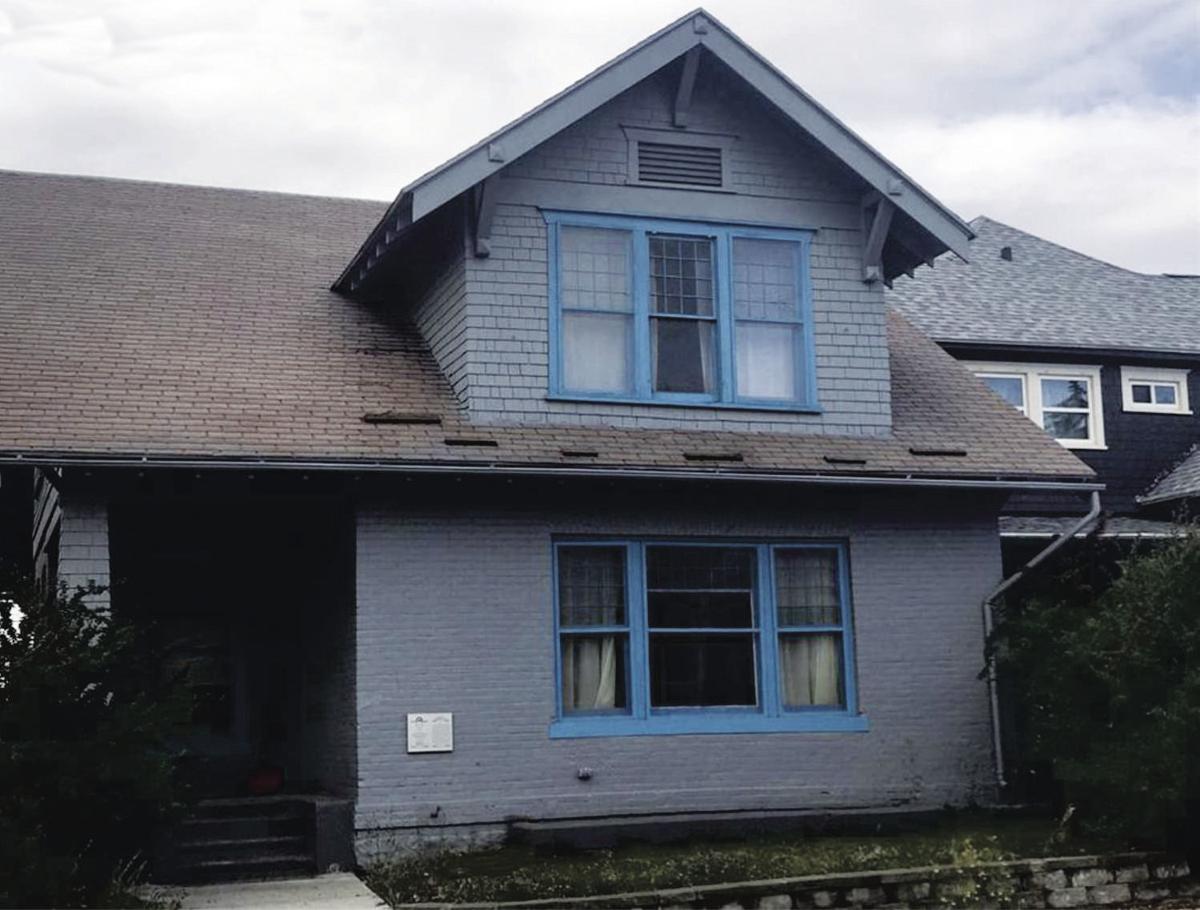 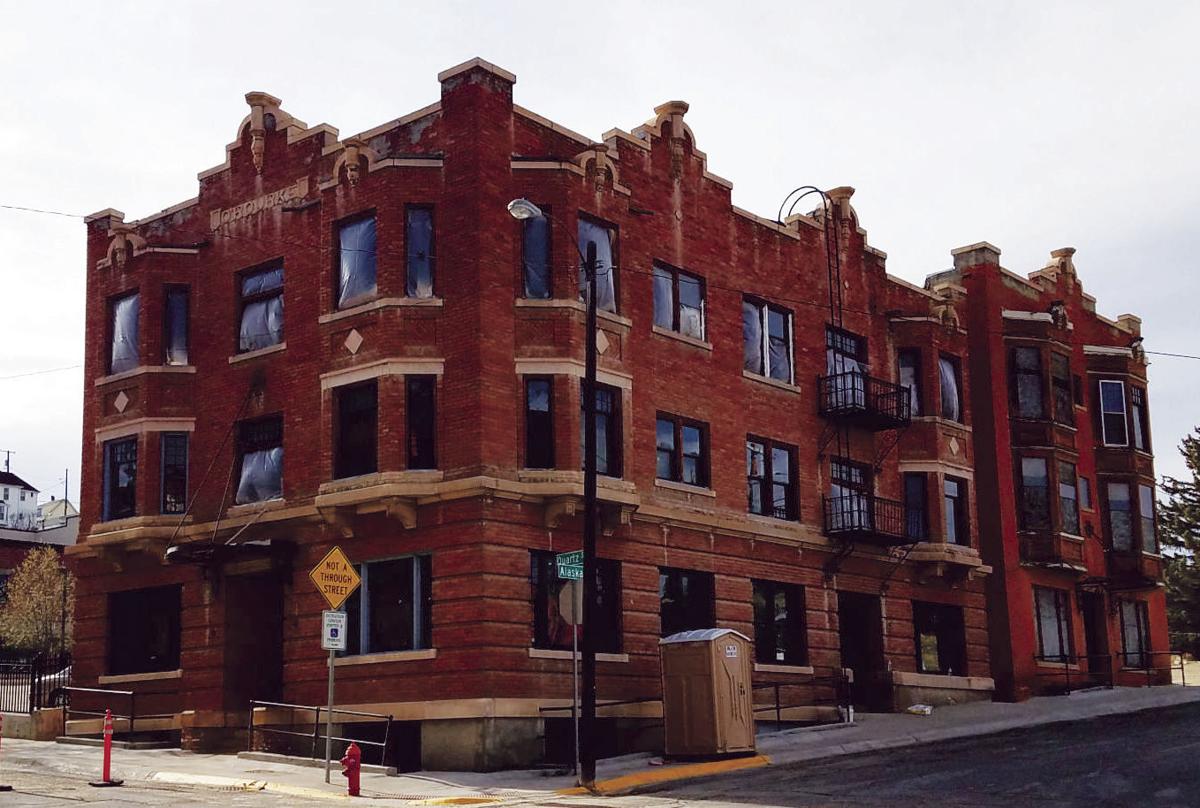 The O'Rourke Apartments at 101 W. Quartz St., is currently going through extensive renovations. 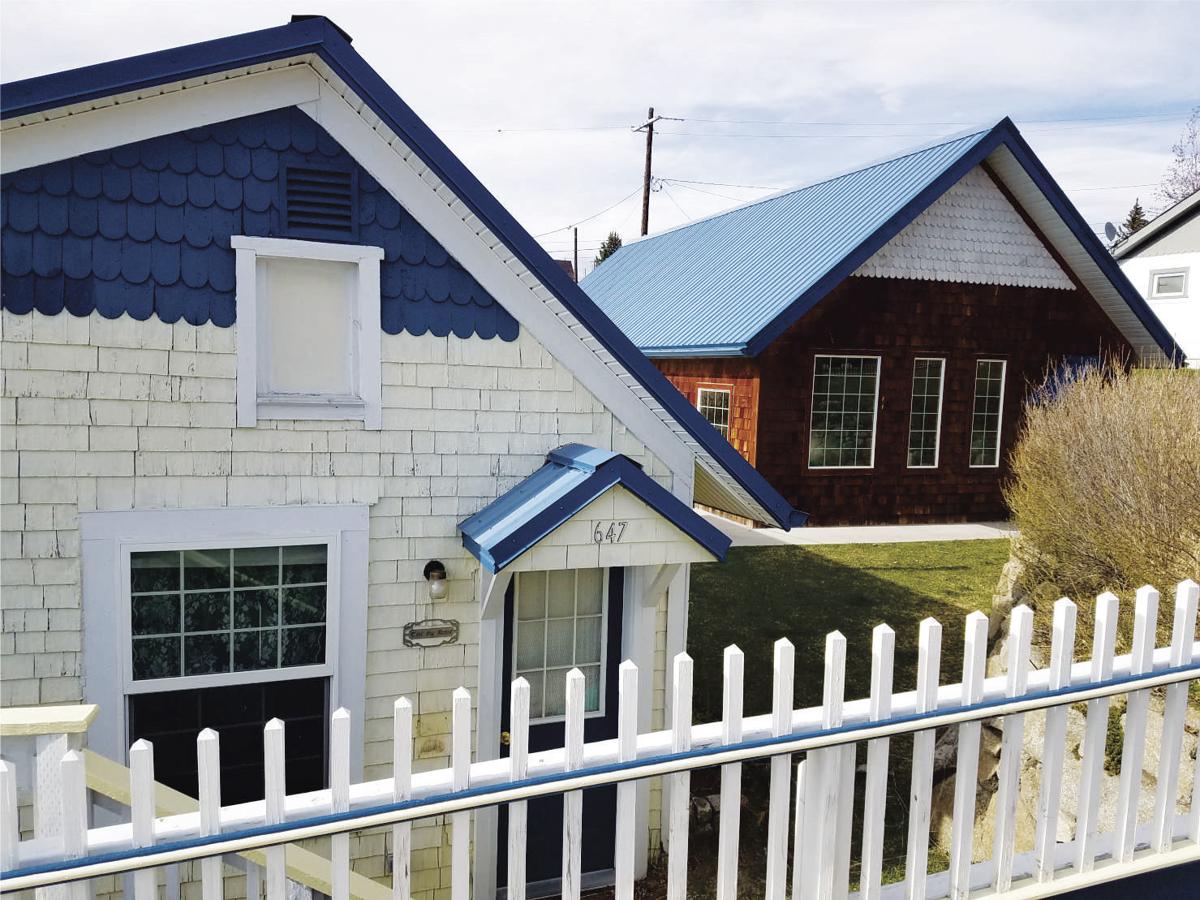 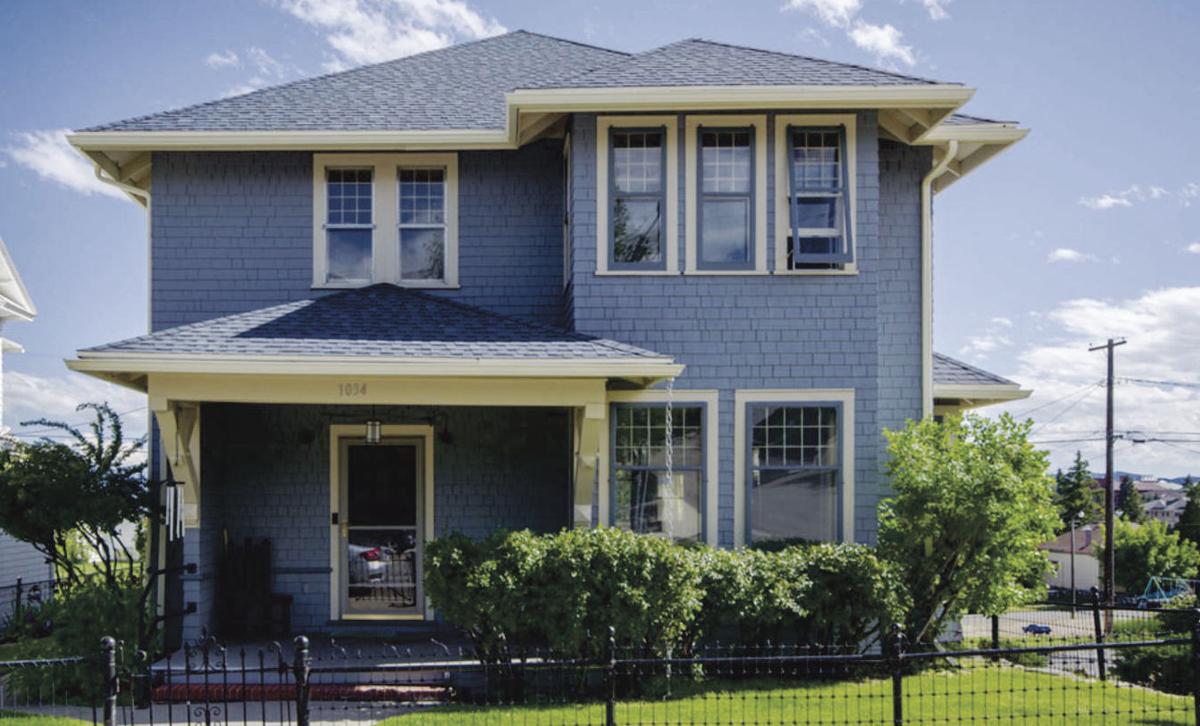 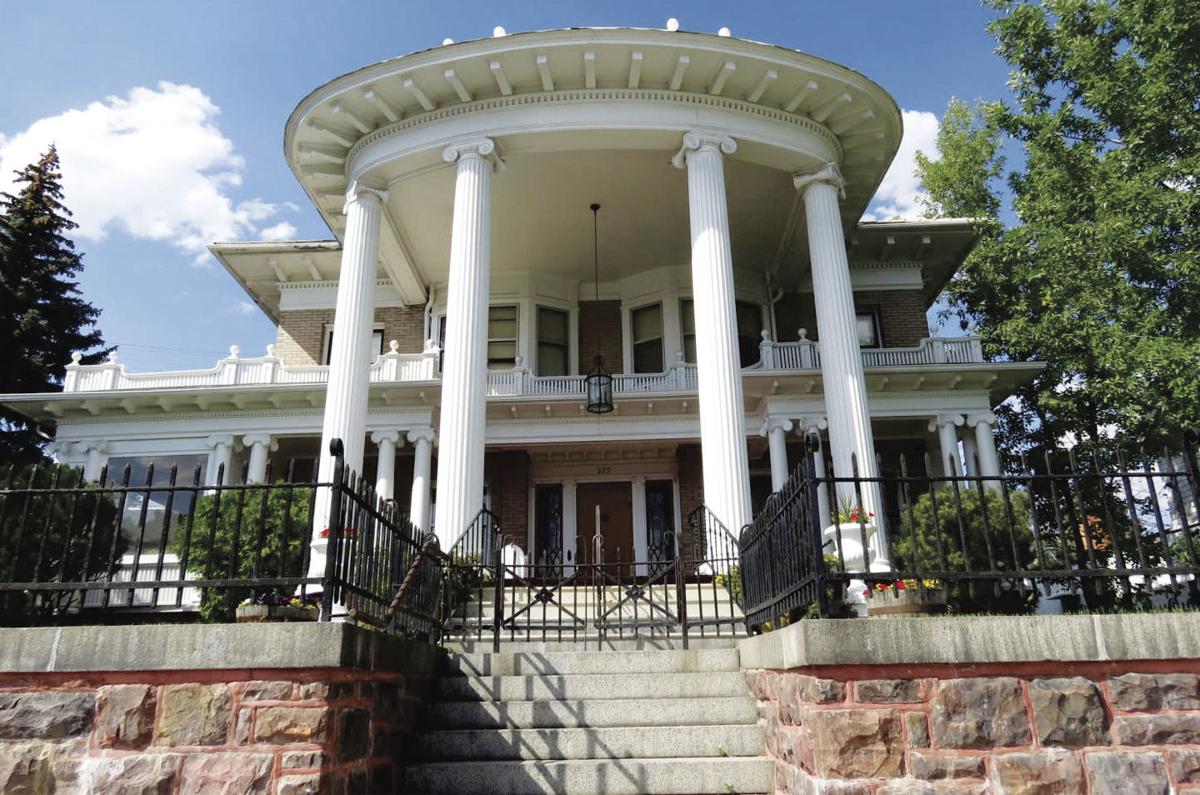 Those making the Dust to Dazzle tour can stop by the Kelley Mansion at 829 W. Park St., for some tea and dessert.

Butte Citizens for Preservation and Revitalization is presenting this year’s annual Dust to Dazzle Renovation Home Tour from noon to 5 p.m. Saturday, June 29.

Each of these homes has a connection to people important to the history of Butte, but each also stands on its own merit as a worthy example of the varied architecture of the historic district.

Throughout the tour, the public can explore the buildings to see how residents have renovated and restored many of the homes’ features. Visitors can start at any home and continue the tour at their own pace. The Kelley Mansion at 829 W. Park St., will host a tea starting at noon for ticket holders. A Silent Auction will be held at the O'Rourke Building, 101 W. Quartz Street.

While the funds raised will provide welcome assistance to those undertaking historic renovation projects in the community, the purposes of the tour are to inspire people to purchase and restore historic buildings in Uptown Butte, to show what great results can be achieved while bringing an historic building back from the brink, and to meet the varied and wonderful people who enjoy doing it.

1901 Garrison St. — Diamond-patterned window panes, decorative-cut rafter tails, and clustered porch columns are among the many adornments that distinguish this large 1½ story house at 1901 Garrison as one of the finest examples of Craftsman-style architecture in Butte. Dating to the mid-1910s, the house is as beautifully appointed and historic on the inside as the out. Even the original brass door knobs remain. Finnish immigrants C. Victor Nordgard, a mechanical engineer, and his wife Ida probably were the first to call 1901 Garrison home. Charles and Mary Youlden moved in a few years later, taking full advantage of the house’s three plus bedrooms to accommodate their five children and Mary’s mother.  Census records for 1920 valued the house at $5,500, far in excess of other homes in the neighborhood.

1232 E. Second St. — Burton K. Wheeler was a prominent attorney in Butte and later was elected as a U.S. senator. Although within the Butte National Landmark district, the house is also listed as a National Historic Landmark on its own, a major distinction reflecting Wheeler’s importance in Butte history.

This home was a one-story, four room, brick Victorian cottage when the Wheelers purchased it in 1908.  As the family grew, it morphed into a Craftsman-style building. Architectural details include a gable roof with exposed rafters and gabled dormers, a wood-framed upper level sided with wood shingles, a west bay window, and a recessed front one-by-square porch with overhangs. On the interior are sitting areas, original dark wood ceiling beams, and matching paneling in the dining room; a balustrade stairway; and original oak floors.

101 W. Quartz St. — The O’Rourke Apartments at Quartz and Alaska Streets are comprised of two distinct but connected buildings. The older building, with its entrance on Alaska, was built as the Merrimac House by John O’Rourke in 1892, just north of his family residence at 103 W. Quartz.

The O’Rourke family moved to California around 1900, but maintained their business interests in Butte, consisting of mining properties, real estate, and most notably, ownership of the Red Boot Shoe Co. After John’s death, the larger O’Rourke building was constructed in 1908 by Mary, O’Rourke’s widow, on the site of the family home. She and her daughter Marie maintained an apartment in the new building, where Mary spent as much as six months of every year and Marie lived permanently until her death in 1979. The larger O’Rourke Apartments were designed by local architect William O’Brien (who had previously designed both the Napton and the Leonard). His design drew heavily on the on the existing Merrimac building, which became known as the “O’Rourke Annex.”

Notable architectural elements are the two-story projecting bay windows with molded stone brackets, the wrought-iron canopy above the doorway suspended by chains from a lion medallion, and the parapet design which gives a Gothic flavor to the building’s roofline.

647 W. Quartz St. — Also referred to as “The Villa,” this house is an example of housing built for, rented, or owned by miners, small businessmen, and others who lived in this neighborhood. It was featured on Butte CPR’s very first Dust to Dazzle Tour in 2005, and since then owners Toni and Paul Seccomb have added an energy-efficient SIP workshop building and a sculpture garden. The original house was erected sometime before October 1891. It sits below street level, indicating a pattern of development in Butte where street building often followed house construction. The Seccombs purchased the house from Butte-Silver Bow in 2003 and began an extensive remodel. The workshop followed in 2009 and features a steep roof pitch to harmonize with other older buildings on the block.  Pre-1936 occupants of the house included a lab worker at the Parrot Smelter, a janitor for the Lewis Dry Goods Company, a watchman at the Badger State Mine, and a miner.

The Thomas family moved to another residence by 1911. Several years later, C.D. Woodward and his wife purchased the home, remaining there for the rest of their lives. Woodward was quite prominent in the Anaconda Copper Mining Co., serving for the final 22 years of his career as the company’s chief engineer until his death in 1949.  He was an immensely talented man, yet with no formal education in the electrical and mechanical engineering fields. Mrs. Woodward regularly entertained at the home. She died in 1958, after which the couple’s daughter Claudia Hooper lived there with her family until about the mid-1980s.

829 W. Park St. — Tea and desserts will be served at the Kelley Mansion. Built by Cornelius Kelley in 1906, this neoclassical revival mansion features a large circular entrance portico with Ionic columns supporting a third-floor porch with decorative balustrade. Guests visiting the ballroom could spill out onto this porch with its expansive views. Raised in Butte, Kelley advanced to become president and then chairman of the board of the Anaconda Copper Co., retiring in New York City in 1955. Other prominent residents included Bruce Kremer, an attorney and popular orator, and Daniel Kelly, a vice president of Montana operations for the ACM. Recent work has restored original features while accommodating the comfort of its residents.

For more information about the Dust to Dazzle historic home tour, e-mail info@buttecpr.org. Visit www.buttecpr.org or the Facebook page: https://www.facebook.com/ButteCPR/.

Person dies at Natural Bridge Falls after falling into water

One person is presumed dead after falling into the Boulder River near Natural Bridge Falls, a popular recreation site south of Big Timber.

Shame came in the form of wet clay.

Yellowstone's East Entrance opened earlier than advertised on Monday at about 10 a.m. as vehicles began stacking up.

Montana Fish, Wildlife & Parks netted a northern pike in Placid Lake on May 8 during a fisheries monitoring survey, marking the first confirmation of this fish species in the lake and prompting FWP to propose an emergency fishing regulation.

With no fanfare or even much public notice, Yellowstone National Park has opened its North Entrance at Gardiner to motorists traveling to Silver Gate, Cooke City or beyond.

The best & worst states at vaccinating their children

In the last several years, diseases like measles have returned to the U.S., with a significant spike in the number of cases reported. Here are the 10 best and worst states for child vaccination.

Cities with the most adult children still living at home

Even before the Great Recession, the percentage of young adults living with their parents was on the rise. As more young adults reside with parents, the size of the average U.S. household is growing for the first time in 160 years.

As Yellowstone and other national parks end a two-month shutdown due to the coronavirus, park officials are asking visitors to take simple precautions.

The attack left the man with non-life threatening injuries.

States with the best public schools

C. Victor and Ida Nordgard were the original residents at 1901 Garrison St.

The O'Rourke Apartments at 101 W. Quartz St., is currently going through extensive renovations.

Those making the Dust to Dazzle tour can stop by the Kelley Mansion at 829 W. Park St., for some tea and dessert.