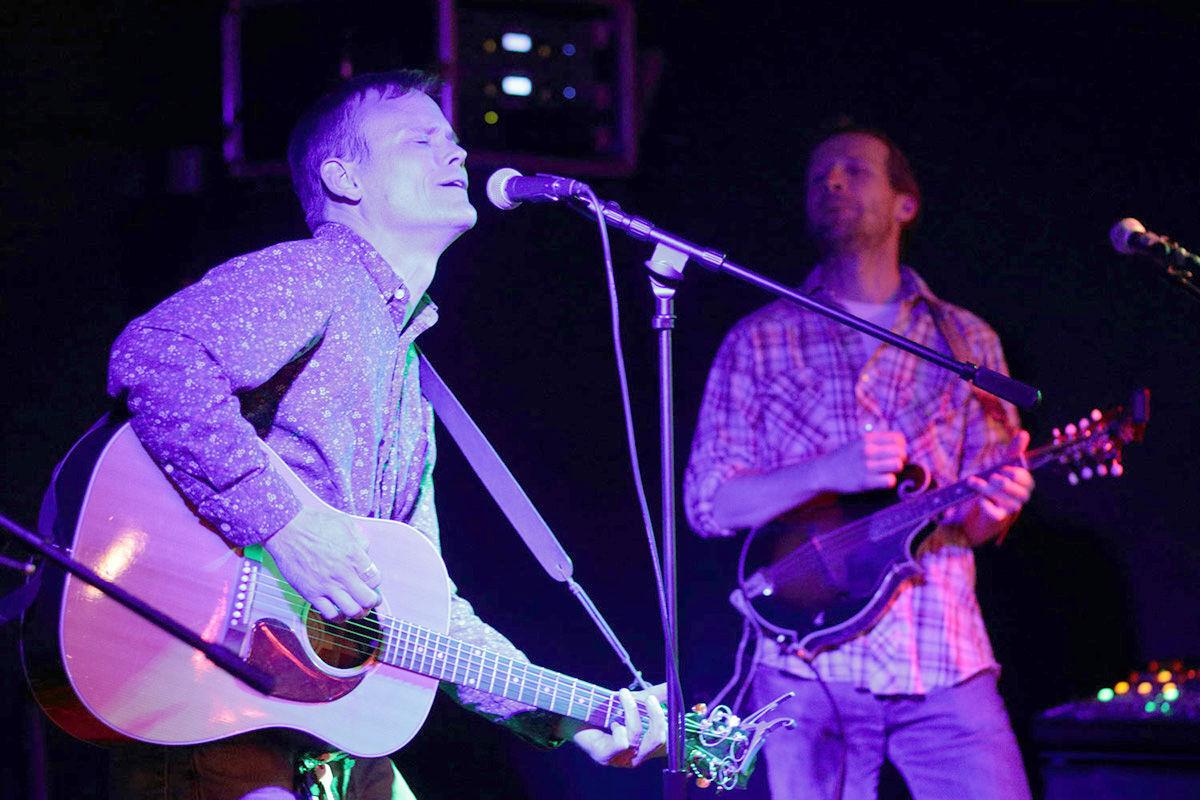 The Road Agents, Jeff Peterson, left, and Justin Ringsak perform at the Covellite Theater in Uptown Butte in this provided photo. 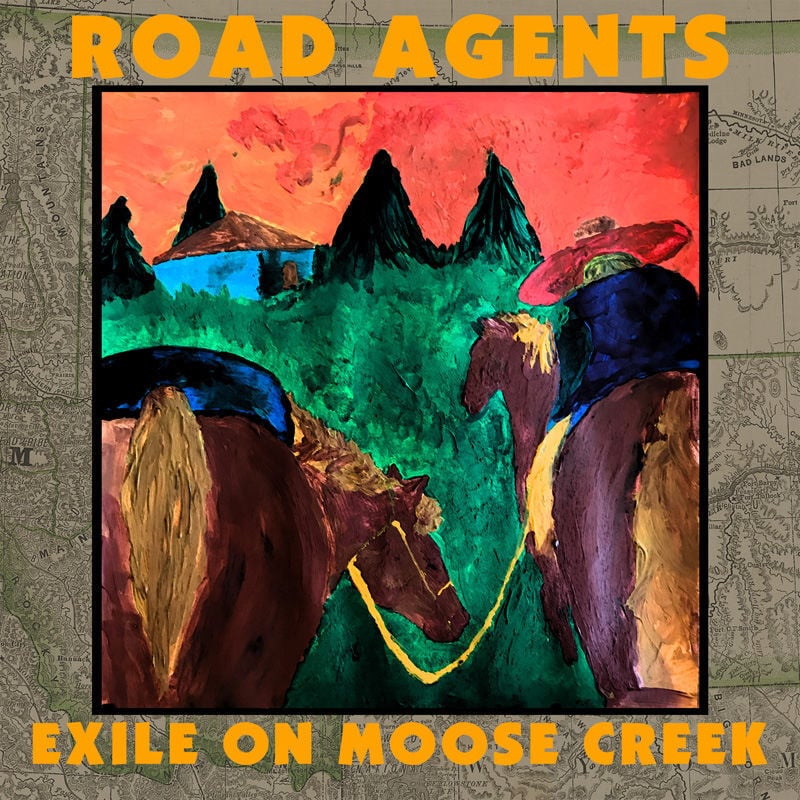 Montana musicians the Road Agents recently released "Exile on Moose Creek.'' The songs were recorded in a Forest Service cabin in Montana.

BOZEMAN — The music of the Road Agents has always had a rustic feel, and the Montana band embraced that aesthetic while crafting its fourth release. "Exile on Moose Creek'' was recorded entirely in the Forest Service cabin at Moose Creek west of Helena over three days in September 2020, and mixed and mastered later that month at Vigilante Cabin on the Ruby River. The band released the final product earlier this month on iTunes, Spotify and Bandcamp, according to a press release.

“Most of our songs are set in the lonelier parts of the state, in the places we grew up,” said songwriter, singer and guitarist Jeff Peterson. “Doing an album in a Forest Service cabin fits right in with what we want this band to be.”

After more than 40 gigs across the state in 2019, the Road Agents, like musicians around the country, were forced to cancel everything and stay off the road in the face of the COVID-19 pandemic.

“We were a little down this summer,” said mandolinist Justin Ringsak. “We had just finished our second record, and we were looking forward to playing around and sharing it, but then the pandemic hit and put the brakes on live music.”

The band played a few shows in outdoor venues over the summer before winding down in the fall. Peterson had crafted a new batch of songs they decided to record at Moose Creek. Usually a straightforward guitar, mandolin and vocal duo, part-time member and Michigan blueberry farmer Joe Corrado, after a negative COVID-19 test, was imported to fill out the sound. Three snowy days at Moose Creek led to eight finished tracks. Having another musician on board encouraged the group to add more variety to their sound, incorporating shaker, cajón, handclaps, and layered singing along with Corrado’s guitar embellishments.

“We try to get an authentic roots-folk sound when we record,” Ringsak said. “We track most parts live all at once in only a couple of takes, so what you hear on our records is what you would hear if we were playing live at the brewery or in your kitchen. This album was a bit different. We recorded the main parts with all three of us together around the wood stove, then the next day we’d move the mics around and one or two of us would sing harmonies or slip in some percussion while the other guy was in the kitchen making coffee and cooking bacon.”

The album’s title, "Exile on Moose Creek,'' is a nod to the Rolling Stones’ classic, "Exile on Main Street.''

“We’re definitely not the Stones,” said Peterson. “But, with all that happened last year, we did kind of feel like exiles. We’re lucky that Montana is full of hidden treasures like the Moose Creek cabin. If you’re going to be exiled, might as well be hiding out in the mountains, making music with your friends.”

Banksy shares video of him creating his latest artwork

Movies in a Minute: "Raya and the Last Dragon"

Movies in a Minute: "Raya and the Last Dragon"

The 5 best Netflix originals coming out in March

The 5 best Netflix originals coming out in March

Bunny Wailer, a reggae luminary who was the last surviving member of the legendary group The Wailers, died Tuesday in his native Jamaica. He was 73.

Award-winning singer Stevie Wonder told Oprah Winfrey in an interview he is moving to Ghana, citing the political turmoil in the United States.

The Road Agents, Jeff Peterson, left, and Justin Ringsak perform at the Covellite Theater in Uptown Butte in this provided photo.

Montana musicians the Road Agents recently released "Exile on Moose Creek.'' The songs were recorded in a Forest Service cabin in Montana.