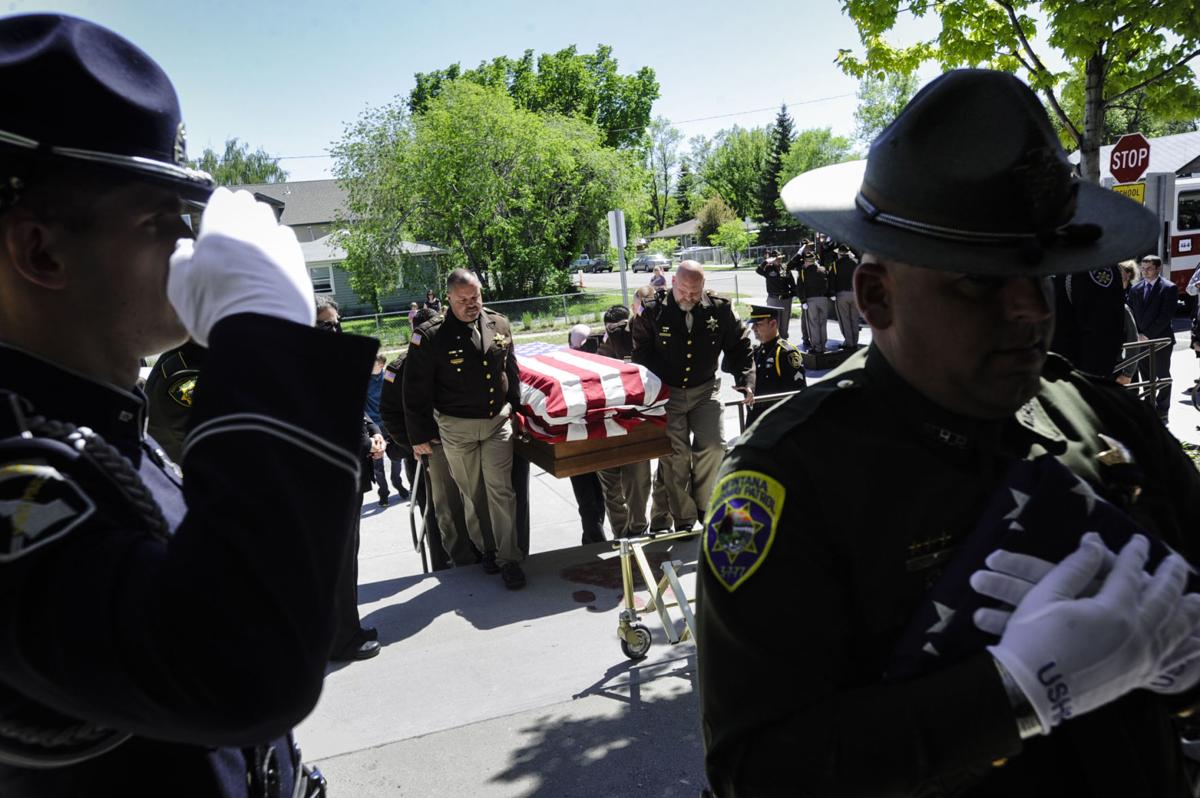 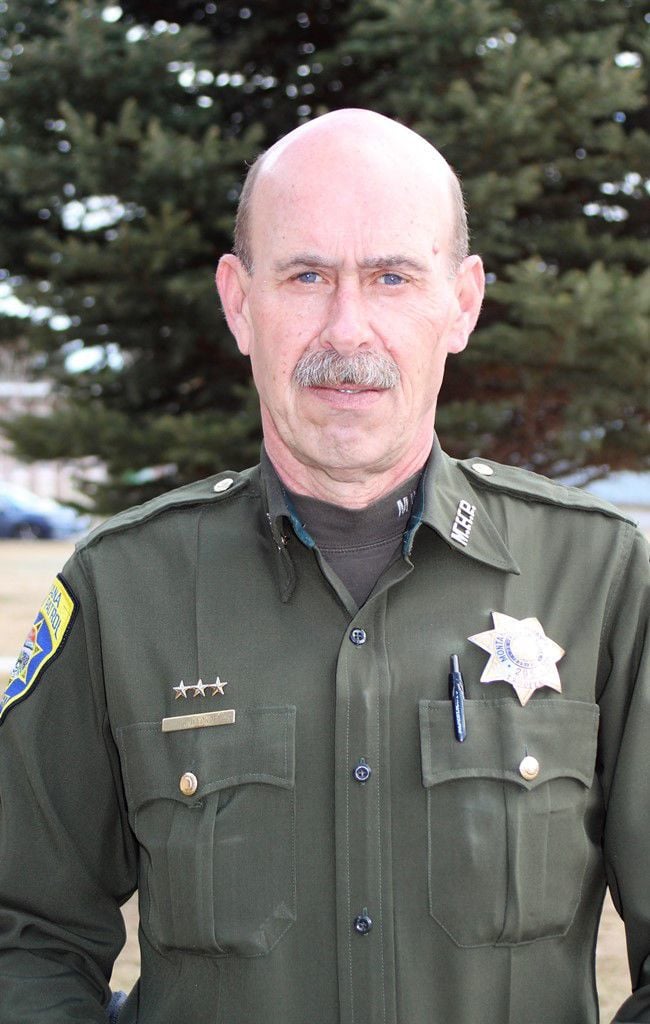 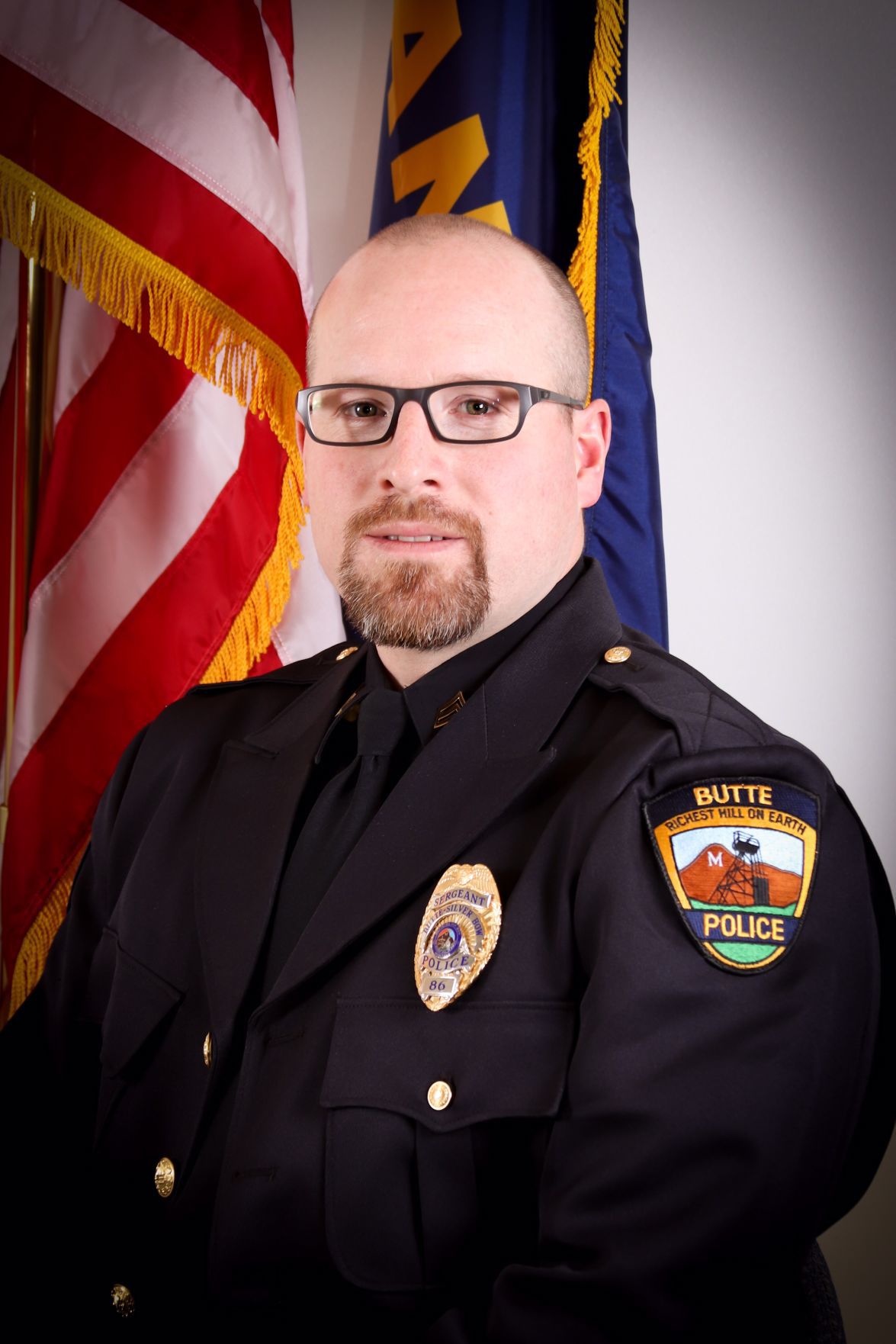 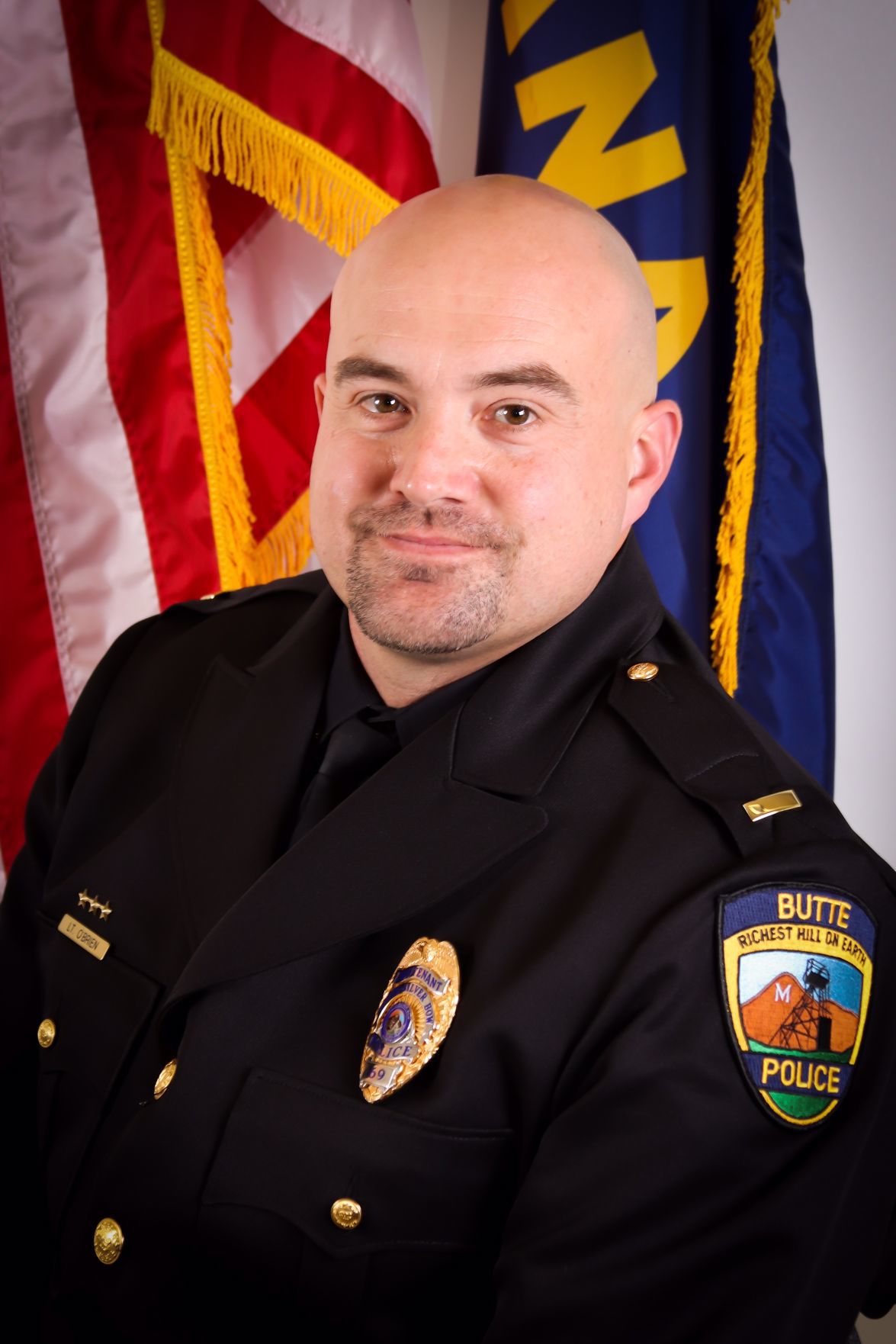 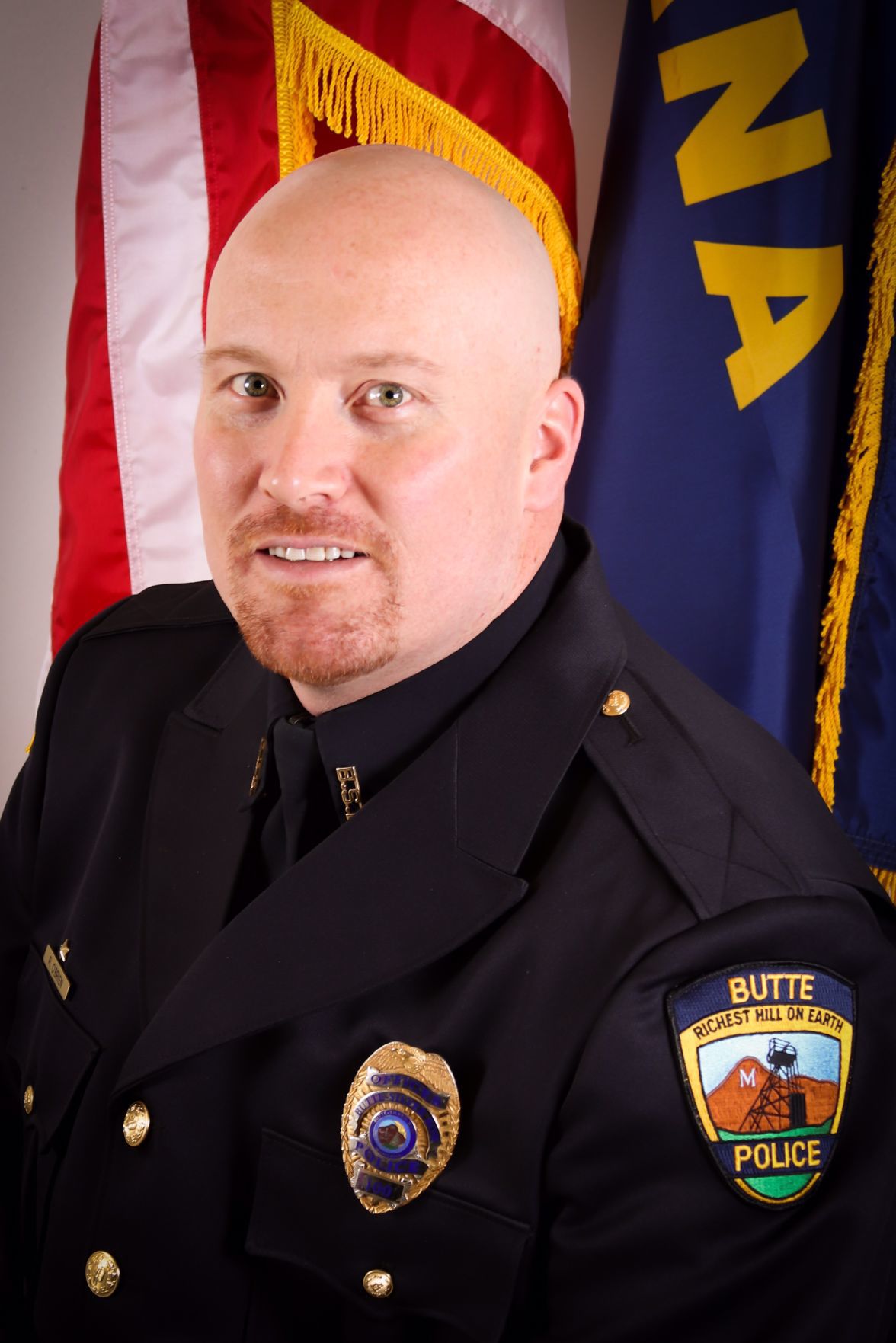 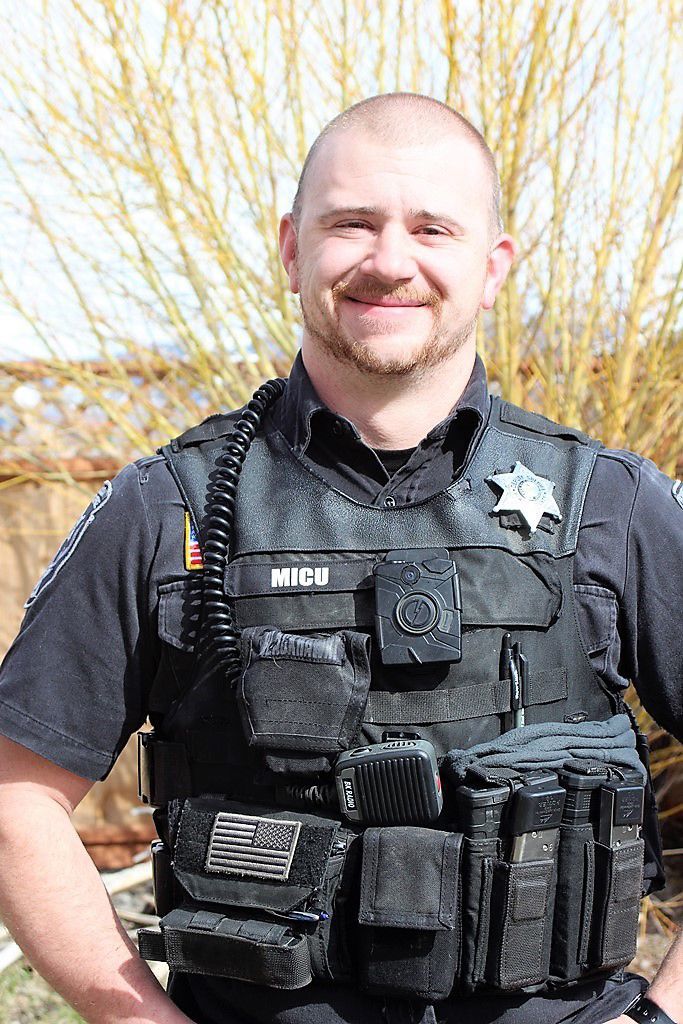 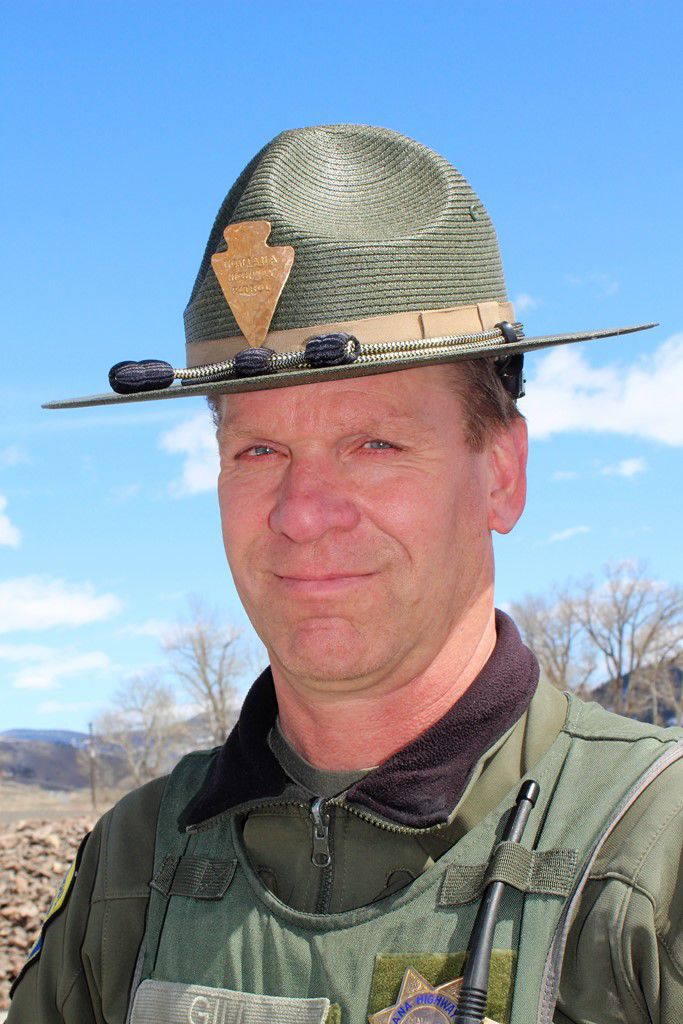 Just before 3 a.m. last May 16, a white 1998 Chevrolet Suburban sped past the patrol car of Broadwater County sheriff's deputy Mason Moore on Highway 287 outside of Three Forks. Moore set off in pursuit, but dispatchers lost touch with him soon after.

When a Gallatin County Sheriff's deputy arrived at the scene, he discovered Moore had been shot and killed and viewed dash-camera footage that showed the occupants of the Suburban -- Lloyd Barrus, 61, and his son Marshall Barrus, 38 -- firing at Moore.

A call went out to law enforcement for assistance in tracking down the vehicle, and a manhunt began.

On May 14, six area law enforcement officers will be honored at the 2018 National Association of Police Organizations Top Cops awards ceremony in Washington D.C. for the work they did during a high-speed chase and lengthy gun battle that ended with Lloyd Barrus in handcuffs and Marshall Barrus dead.

"On the night of this incident, these officers put their lives on the line to protect the citizens of Montana," Lester said in an email. "Their actions during this incident are nothing short of heroic."

According to previously published reports, the chase began at 3:27 a.m., when Butte-Silver Bow officers spotted the SUV near the Continental Drive interchange on Interstate 90.

As Butte-Silver Bow officers Tim Berger, John O'Brien, and Richie O'Brien pursued the suspects' vehicle, Marshall Barrus reportedly fired a semi-automatic .308-caliber rifle at them through the back window of the Suburban Lloyd Barrus was driving.

Powell County Sheriff's Deputy Austin Micu, 33, was helping move inmates from the holding cells to the cell block when he heard the chase was headed his way.

"I was wearing blue jeans and cowboy boots and had just finished at the office when the dispatcher screamed that an officer had been shot and Butte (law enforcement) was in pursuit of the suspects at Race Track (south of Deer Lodge)," Micu told The Montana Standard recently. "I knew I didn't have time to go home and change, but my SWAT vest was in the car, so I put it on and drove to the south exit to intercept them and dropped in behind Butte.

"I was scared to death, and the adrenalin was pumping, going that fast and knowing they (suspects) had shot an officer," Micu added. "I prayed and became completely at peace and focused on what I was doing. In Granite County, the suspects began shooting through their back window, two Butte cars were disabled, and my car was hit twice."

Montana Highway Patrol Trooper Thomas Gill, 58, of Drummond has been a trooper for 20 years. He, too, was awakened about 3:30 a.m. by a call from his dispatcher asking him to assist in the pursuit.

As he got dressed, Gill's wife awoke, and he told her where he was going.

At mile marker 156, Gill put out a stop stick designed to puncture the tires of the suspects' vehicle.

Though three of their tires were punctured, the suspects continued to drive on the deflating tires and then the wheel rims.

It was soon after that that Deer Lodge-based Montana Highway Patrol Trooper Timothy R. Wykoff, 59, joined in the pursuit.

"I caught up with them west of Drummond," Wykoff said. "The suspects were driving on the wheel rims after they ran over the stop strip that Tom put out. There was lots of gunfire, and two Butte cars were disabled. Missoula County (officers) joined us about that time. There was a lot of teamwork."

As Marshall Barrus continued to fire upon officers, a number of the law enforcement vehicles were struck, and at least two were disabled — but no law enforcement officials were injured.

"It was a miracle none of us was hurt," Gill said.

When the suspects were finally stopped in Missoula County after a more-than-100-mile chase, Marshall Barrus emerged from the vehicle and continued to shoot at officers, who fired back, fatally wounding the younger Barrus.

As the repercussions of that night continue to reverberate, Berger, John O'Brien, Rich O'Brien, Gill, Wykoff, and Micu will be honored with Top Cops awards, which the National Association of Police Organizations grants as part of a broader effort to "pay tribute to law enforcement officers in federal, state, county, tribal and local agencies from across the country for actions above and beyond the call of duty during the preceding year."

The awards selection committee, which is comprised of national law enforcement representatives, reviews hundreds of nominations and selects one Top Cop case from each of the 50 states and U.S. territories. The cases are then ranked, and the top 10 case winners are flown to Washington D.C. for the awards ceremony during National Police Week, which begins Saturday.

The 25th annual awards dinner will be held at Omni Shoreham Hotel in Washington on Monday. Each of the Top Cop candidates will be featured in a three-minute video of his or her story. According a spokesperson for the National Association of Police Organizations, the family of Mason Moore will attend the ceremony along with the officers nominated by Lester.

Lester himself, however, will stay back.

"Our focus has to be on the fact that Deputy Mason Moore of Broadwater County was taken from his family that night," Lester said. "Deputy Moore and his family will always be in the thoughts and prayers of the men and women of the Butte-Silver Bow Law Enforcement Department."

In the United States, there were 129 law enforcement officers killed in the line of duty during 2017, the second-lowest number in more than 50 years; 44 were shot and killed.

According to the National Law Enforcement Officers Memorial Fund, there are more than 900,000 sworn law enforcement officers serving in the United States; 12 percent of these are female.

A total of 1,511 law enforcement officers died in the line of duty during the past 10 years, an average of 151 per year.

Otto Rodrigues, 10, and his father Joao Rodrigues, a recent graduate from Montana Tech, help plant trees and shrubs Saturday afternoon at the …

GOOD JOB GUYS, All of you put it all on the line that night, Glad you removed one of them from our Society, lets hope the other one will soon follow suite

What should you be driving?

SAVE on your first 3 months! Join today